The Uncommon Life of Wendy Wasserstein

The best-selling author of The Christmas Tree presents an authorized portrait of the Pulitzer Prize- and first female Tony Award-winning playwright, including coverage of the private tragedies that overshadowed her high-achieving family, the premature birth of her fatherless daughter, and her early death. 30,000 first printing.

NPR stories about Wendy And The Lost Boys 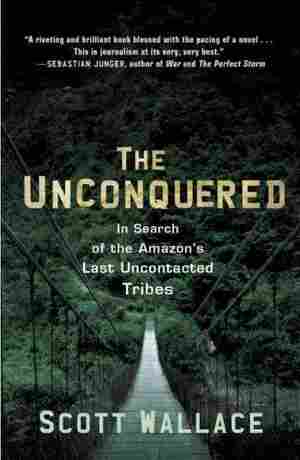 Hidden Lives Of Middle Children, A Playwright And An Amazon Tribe 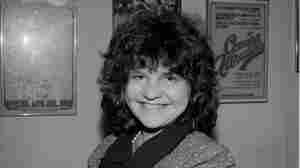 Wendy Wasserstein in 1985, beneath a poster for her play Isn't It Romantic. Wasserstein's plays examined the place where the upheaval witnessed by the baby boom generation met the demands of family and professional life. Ed Baily/AP hide caption

August 18, 2011 • The Pulitzer- and Tony-winning playwright wrote about the struggle by her generation to balance professional and family life. A new biography sheds light on the links between Wasserstein's life and the characters she created. 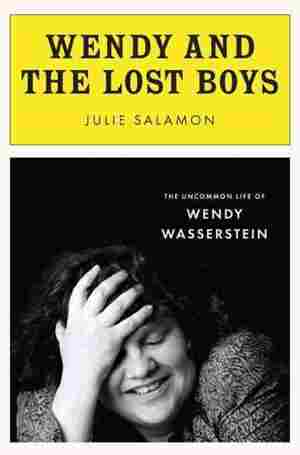 August 17, 2011 • With Wendy and the Lost Boys, Julie Salamon has written the perfect biography for playwright Wendy Wasserstein's legions of fans, a book as entertaining and personable as its subject.

Excerpt: Wendy and the Lost Boys: The Uncommon Life of Wendy Wasserstein

Let other, weaker families dwell on their sorrows. That was the unspoken philosophy in the Wasserstein household.

Wendy would joke that when family members died, it was said, "They went to Europe." More intricate heartaches were ignored.

Secrecy pervaded the household, though the family would deny that anything was hidden. "It's not that there were secrets. Things were just not talked about, never mentioned," said Bruce Wasserstein, Wendy's brother. "It was what my parents wished."

The family produced überachievers. Wendy became the first woman playwright to win a Tony award and the Pulitzer Prize while also achieving commercial success on Broadway. Sandra Wasserstein Meyer, the eldest, became a high-ranking corporate executive at a time when the best job available to most women in Fortune 500 companies was boss's secretary.

Their brother Bruce became a billionaire superstar of the investment banking world.

Even Georgette Wasserstein Levis, the middle daughter who checked out of the race early — married young, had babies, moved to Vermont — ultimately became the successful owner of a large country inn, the Wilburton.

The Wasserstein children held Morris, their sweet father, in special regard as the source of comfort, quiet wisdom, and unconditional love. Morris and Lola were said to be the perfect couple, though it was also said their marital bliss was helped by the fact that Morris was practically deaf, his hearing damaged by illness when he was a boy. When he needed peace and quiet, he just turned down his hearing aid.

A decent, hardworking man, Morris Wasserstein had brains, foresight, and ambition, but not the fierce personality that produces titans or playwrights.

For the mythmaking ingredient, look to Lola.

She was of minuscule size but a powerhouse contender among legendary heavyweights, Jewish-mother division. Lola was the lightning rod, credited or blamed for her children's drive, their idiosyncrasies, their outsize successes and peculiar flaws.

Lola stories were legion. Perhaps most emblematic were those told after Wendy won the Pulitzer Prize. Lola was said to have responded in at least two ways:

"I'd be just as happy if she'd marry a lawyer."

"Did you hear? Wendy won the Nobel Prize?"

Either way, the clear message was that the Pulitzer wasn't quite good enough.

On the other hand, anything her children did was de facto the best. Lola decorated the walls of her apartment with lacquered collages of Wendy's press clippings and Playbills, as well as articles about her other children. Their framed diplomas, school photos, and prizes were on display. Lola said her chest was so puffed out from pride that she needed a bigger bra.

That particular paradox — of being better than everyone else but not good enough — would become a recurrent theme in Wendy's life and in her work. In The Heidi Chronicles, the superior-inferior concurrence emerges when Heidi Holland, the heroine, is invited to speak at the all-girl prep school she'd attended. Heidi — by then a well-known art historian — has a meltdown as she enumerates the ways she feels that women of her generation have failed one another.

Discussing all the women she meets in her gym's locker room, she erupts into a fantasy about what she'd like to say to them. "I'm sorry I don't want you to find out I'm worthless," she says. "And superior."

The problem may have been that Lola never explained what would happen to the child who couldn't produce achievements that could be quantified and displayed. Would he — would she — still be worthy of love?