And Other Stories of Intriguing Kitchen Science

The food editor of the Los Angeles Times explores the science underlying the art of cooking—discussing such cooking methods as frying, mixing, roasting, boiling, and baking—and presents more than one hundred new recipes and a host of little-known facts about food and the culinary arts. Reprint.

NPR stories about How to Read a French Fry 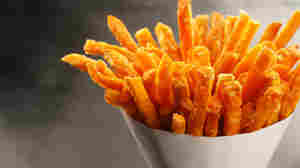 August 31, 2011 • In How to Read a French Fry: And Other Stories of Intriguing Kitchen Science, Russ Parsons answers all sorts of food science questions, including why meat browns, why sauces emulsify and how frying is different from roasting.

Excerpt: How To Read A French Fry 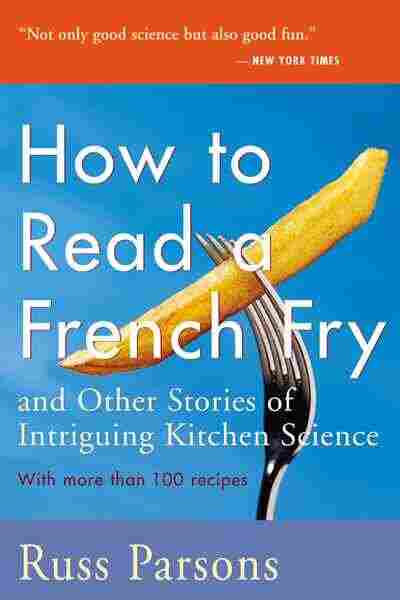 Have you ever noticed that a whole onion smells different from one that's been cut? Have you ever wondered why? Here"s the answer: Physically, an onion is 90 percent water, trapped in a fairly flimsy network of cellulose. Within that network is a subnetwork of smaller cells, called vacuoles. These vacuoles separate a variety of chemical components suspended in the water. It"s only when the vacuoles are ruptured, either by cutting or by smashing, that these chemical components combine and then recombine again and again in a cascade of chemical reactions, creating the smell and taste we associate with raw onions. Most simply put, what happens is that the contents of these separate vacuoles combine to form a variety of sulfur-rich compounds called sulfonic acids. These acids in turn combine to form still more compounds that provide most of the fresh-cut onion character. What"s more, this chain of reactions happens in a flash.

It's a little miracle. In fact, not until the 1970s had science advanced to the point that it could begin to decipher what happens in that fleeting instant between the time your knife touches the onion and the fumes reach your nose.

Think about it: the chopping of an onion is one of the most common acts in all of cooking. Any good cook has done it thousands, probably millions of times. Yet how many have ever stopped to think about what is really going on? All of this is neither trivial nor purely technical. For example, it's important to realize that these sulfonic acids are extremely unstable, meaning they go away quickly.

One of the places they go, of course, is right up your nose, which triggers the crying response we associate with chopping onions (for this reason, these chemicals are called lachrymators, from the Latin word for tears). More critically, they are both water-soluble and heat-sensitive, which means that the chemicals will dissolve in water and will vaporize when heated. In short: soak an onion or cook it and those acrid flavor characteristics go away. By the same token, and perhaps just as useful, chill an onion or rinse it under cold water and you won't cry as much when chopping it. Also, a sharper knife will damage far fewer cells than a dull one.

And what about those so-called sweet onions, the Vidalias or Mauis or whatever you want to call them? Though sweet onions cost significantly more, they usually contain no more sugar than plain five-pounds-for-a-dollar yellow storage onions. They taste sweeter because they are much lower in the acrid sulfuric compounds (as well as in the enzyme that produces much of the onion flavor).

The practical application of this is that while raw sweet onions are delicious on hamburgers or in salads, it is spendthrift to cook one. Take away those sulfuric acids by cooking, and a yellow storage onion will actually taste much sweeter than the so-called sweet. You can even make raw storage onions taste sweeter by soaking them in several changes of cold water (hot water is more effective at dispersing the acids, but even that small amount of heat will begin to cook the onion, breaking up the delicate physical framework and robbing it of its crispness). Each time you rinse the cut onions, you will note that the water becomes milky. That is the trail of the sulfurous compounds. Use vinegar to rinse them, as they do in Mexico, and your onions will seem even sweeter, because the remaining sulfuric acids are overshadowed by more palatable acetic acids.

There are other lessons for the cook in this little bit of onion chemistry. For example, now it should be clear why the size of the dice you cut is important. The smaller the pieces of onion, the faster the cellulose framework breaks down and the faster the sulfuric compounds go away. Chop an onion small and it will melt into the background, its residual sweetness forming an almost imperceptible harmonizing flavor. Leave it large if you want both texture and flavor to retain some bite. You can control the effect by how you cook the onion as well. In a hot pan, it will cook so quickly that some of the sharp flavor will remain, as will some of the crisp texture. Cook it slowly and, again, it will melt into the background, flavoring everything else without retaining much of its original identity. What's more, all of these things are equally true for the other members of the onion family: garlic, shallots, chives, green onions and leeks. They are all built the same way; the differences in flavor are due to subtle differences in the chemicals involved.

Excerpted from How to Read a French Fry by Russ Parsons Copyright 2003 by Russ Parsons. Excerpted by permission. All rights reserved. No part of this excerpt may be reproduced or reprinted without permission in writing from the publisher. Excerpts are provided by Dial-A-Book Inc. solely for the personal use of visitors to this web site.