The Pulitzer Prize-winning poet recounts his difficult early years suffering from undiagnosed dyslexia when he was put in the "dummy class" at school and didn't learn to read until age 11 but went on to achieve success as a writer.

NPR stories about My Dyslexia 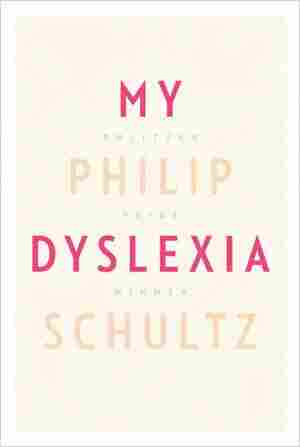 Prize-Winning Poet: Discovering 'My Dyslexia' At 58

September 6, 2011 • As a child, poet Philip Schultz struggled in school, but it wasn't until his son was diagnosed with dyslexia that Schultz finally had a name for what had frustrated him all those years. In My Dyslexia, the Pulitzer Prize-winning poet revisits his childhood struggles and how he coped.

Prize-Winning Poet: Discovering 'My Dyslexia' At 58

The idea for this book came out of a commencement address I gave at the Churchill School in Manhattan, a high school for the learning disabled, in the spring of 2009. I was given this honor not because I had won the Pulitzer Prize in poetry the previous spring for my book Failure, but because I had won it despite the fact that, like so many of the Churchill School's students, I am dyslexic. In several interviews I spoke openly about my difficulties in learning to read and the problems it has continued to pose. I mentioned the fact that I didn't discover I had dyslexia until I was fifty-eight years old, when my oldest son was diagnosed with it in the second grade. I learned from his neuropsychologist's report that we shared many of the same symptoms, like delayed processing problems, terrible handwriting, misnaming items, low frustration tolerance for reading and most homework assignments involving writing, to name a few. Before long I was being asked about my dyslexia in every interview, the first question often being: How did someone who didn't learn to read until he was eleven years old and in the fifth grade, who was held back in third grade and asked to leave his school, come to be a professional poet?

It's a good enough question, but perhaps an ever better one is why I even mention my dyslexia in these interviews. Most of the poems in my book Failure concern my father's many business failures and their effect on my mother and me. There's nothing in the book that touches on my dyslexia or my failures as a student. So why had I been so willing, if not eager, to discuss something with strangers that I hadn't discussed at length with my wife or close friends? Even after I found out that I was dyslexic it was my son's problems that concerned me; why did such a bright, sweet-natured boy hate school? How it affected my present life wasn't something I even thought about. But suddenly it seemed to be the only thing I wanted to think about; as if it were a mystery I'd been grappling with my entire life.

It has turned out to be just that: a mystery that had been waiting a long time for me to pay attention to it. And having found its moment it wasn't letting go. But it wasn't a subject I wanted to spend a lot of time thinking about, not when there were so many other more pleasant things to consider. My career, for one thing; it hadn't exactly been thriving before now and suddenly there was an interest in me and my work. Why would I want to revisit all that angst concerning my inability to read, and now, of all times? I decided to stop mentioning it during interviews, even when asked. But it was too late. I was being called by dyslexia organizations, my friends were asking questions, and even my son wanted to know more about my dyslexia. Suddenly everyone I knew it seemed had either suffered from some kind of learning disability or knew someone who did. And I mean everyone. The parents of my younger son's friends told me about their and their children's issues with it in the school parking lot, people waiting for me to sign their copy of my book after one of my readings would talk at length about their own ordeals with learning to read and the long-term effects of delayed processing and their various struggles with language skills, while others waited impatiently behind them. Suddenly everyone wanted to talk to me, it seemed. And not about my poetry: it was my dyslexia they were most interested in.

The first night after hearing the good news, I finally gave up trying to sleep and came downstairs to find my wife, Monica, sitting at the dining room table, looking equally overwhelmed and bewildered. I was sixty-three years old and had enjoyed a fair share of luck with grants, awards, and publications, though never before had anything on this scale happened to me. When she asked me what I thought this would mean to our lives, I was unable to formulate enough clear thought to articulate even the most basic hint of what I was feeling. We live on what our school, the Writers Studio, provides; we live simply. My wife is a gifted sculptor and no one becomes a sculptor or poet because they're terribly concerned about money.

We own a modest though comfortable house in East Hampton which was purchased during a previous recession and added on to as our family grew. In other words: we live the not uncommon lives of working artists who are lucky enough to maintain a lifestyle sufficient to our needs. I should add that I've always thought of myself as blessed; I love what I do, writing poetry, and I equally love the opportunity of teaching the accomplished hardworking and deserving people who attend my school, and though I often hear myself complaining about being exhausted — and sometimes retell a joke about how my accountant and I finally reached a compromise about my age of retirement: he suggesting ten years after my death and my insisting on only five — I always knew that I had the life I wanted and wouldn't change places with anyone.

So it's little wonder that my wife and I were staring at each other across a table in the middle of a spring night, made anxious by the prospects of possible change — how would things change? More readings, I assumed, knowing that even one or two would amount to more than what I was presently giving, my next collection would most certainly be published now (it hadn't always been a certainty, given the sales of my earlier collections), and my work would most likely be better known, for a while at least — all good things certainly. But then why wasn't I feeling overjoyed?

At first, I was too busy to even try and understand the true meaning of what was happening to me. I've always managed to suffer my rewards with a style of bold incredulity and surprised humility. But now everything seemed different. People expected me to be happy. They expected me to behave in a manner appropriate to the recognition and honor I was being given — they clearly didn't want to hear any complaints or anecdotes about personal conflicts. It wasn't until the following spring, when I gave my talk at the Churchill School, that I began to understand that what I was really feeling during this time was more complicated than a neurotically delayed reaction to good news, that it was something far more personal and byzantine.

After giving my ten-minute talk at Churchill, I was asked to stand onstage in a receiving line for the graduating students. I stood beside the officials of the school, last in line, waiting for this part of the ceremony to begin, and be over with. I felt awkward and anxious. I didn't know these students, had never done anything helpful for them, certainly not in the way their teachers and administrators had. I'd just spoken a few personal words about how I had been affected by my dyslexia — remembering what it felt like to not know why I performed so poorly in school and be held back in third grade and asked to leave the school — I was never even officially diagnosed, and wasn't official, as they were. I looked down at the rows of their bright shining faces, wishing I'd never agreed to speak to them. Having known what they were struggling with, I imagined they'd suffered more, because they were at a school for learning disabled students. There was nothing I said that they didn't already know. And now they would have to smile at me and shake my hand. Now they would have to participate in the charade of acknowledging our bond. Instead of feeling honored, I felt ashamed.

It was a warm June day and I stood there, sweating, wishing someone would turn on the air-conditioning. I could see Monica and my sons looking up at me, perhaps equally embarrassed and uncomfortable. And as the students' names were called I watched each stand and walk up to the stage, taking hold of their diplomas, and then be hugged by the headmaster, the president, and the head of the parents' association. I wasn't prepared for the emotion of this event, for the force of inclusiveness contained in the presentation of the diploma to each student was something more than a seal of personal accomplishment — it was a badge of courage and nobility. The look of surprise and gratitude on their young faces said what they themselves couldn't say: that they understood the enormity of their individual accomplishment, and everyone gathered around them also knew.

When the first young woman graduate approached me I put my hand out, and she smiled and took it warmly. The first two or three students smiled and shook my hand, perhaps somewhat awkwardly. Then a young man, ignoring my outstretched hand, embraced me. He whispered in my ear, "You're part of our family now, I'll never forget what you said, thank you so much." And then I was being embraced and thanked by each graduate. Never before had the difference between the way I felt about myself and the way I was actually being perceived been so apparent, obvious, and unavoidable. Only a few moments before I'd felt like the kid placed in what the other kids called the Dummy Class, someone too dumb to learn to read, or learn anything. And now all these students who'd mastered their great problems so successfully actually wanted to be acknowledged by me?

Standing there, I felt an intense connection to these young fellow travelers. I finally understood why I'd so fervently wanted to talk about my dyslexia during those interviews. I was finally beginning to struggle with those old self-images of myself as someone who didn't belong among the honored. Perhaps I was someone whom others could admire, someone more than a permanent member of the Dummy Class?

Reprinted from My Dyslexia by Philip Schultz. Copyright 2011 by Philp Schultz. Used with permission of the publisher, W.W. Norton & Company, Inc.