The award-winning author of The Adversary describes his witness to two tragedies, including the loss of a Sri Lankan child during a tsunami and the fatal illness of a much-loved young wife and mother, losses that inspired both families and the author to engage in acts of service to others. Translated by Linda Coverdale.

NPR stories about Lives Other Than My Own 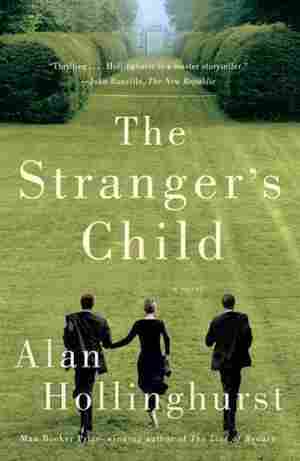 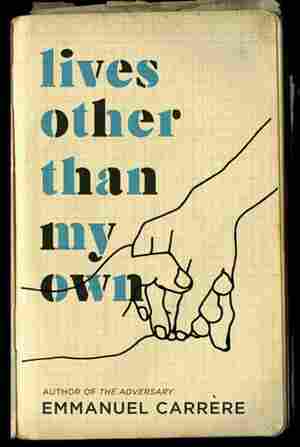 September 28, 2011 • With grace and compassion, French writer Emmanuel Carrere tells somber stories of loss. Lives Other Than My Own demonstrates that narrative is not just a vessel for what is considered off-limits in life. It can be a vessel for knowledge one never wished to possess.

Excerpt: Lives Other Than My Own 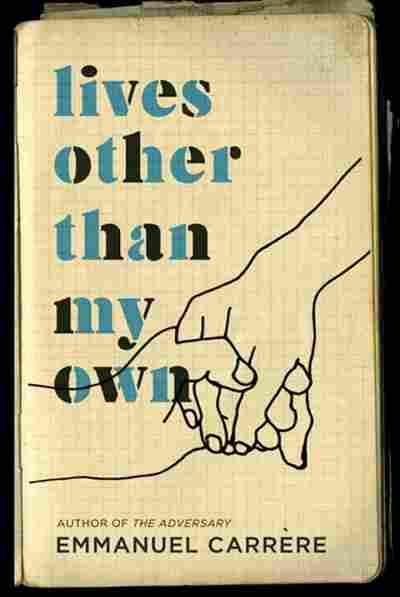 The night before the wave, I remember that Helene and I talked about separating. It wouldn't be complicated; we didn't live together, hadn't had a child, and were even able to see ourselves remaining friends, and yet, it was sad. It was Christmas 2004. Here we were in our bungalow at the Hotel Eva Lanka, and we couldn't help remembering a different night, just after we'd met, a night we'd spent marveling that we had found each other and would never part, and would grow old together, happy for the rest of our lives. We even talked about having a child, a little girl. We did have that little girl in the end, and we still trust that we'll live out our days together. We like to think we always knew that everything would work out. But after the dazzling confidence of love at first sight came a complex, chaotic year, and what had at first seemed so certain to us (and still seems so now) no longer appeared at all certain or even desirable on that Christmas in 2004. On the contrary, we were convinced that this vacation would be our last together and that, for all our good intentions, the trip had been a mistake. Lying side by side, we couldn't bring ourselves to mention that first night and the promising future we had longed for so fervently yet seemed somehow to have lost. We were simply watching ourselves draw apart, without hostility, but with regret. It was too bad. For the umpteenth time I spoke of my inability to love, all the more remarkable in that Helene is truly worthy of love. While I was telling myself that I would have to grow old alone, Helene had something else to worry about: just before our departure, her sister Juliette had been hospitalized with a pulmonary embolism, and Helene was afraid Juliette might be seriously ill or even dying. Although I insisted such fears were irrational, Helene could not shake them off, and I resented how she had let herself become absorbed in something that excluded me. She went out on the terrace to smoke a cigarette. I waited for her, lying on the bed and thinking, If she comes back soon, if we make love, then perhaps we won't separate, perhaps we will grow old together after all. But she did not come back. She remained alone on the terrace watching the sky gradually grow lighter, listening to the birds begin to sing, and I fell asleep on my side of the bed, sad, lonely, convinced that my life could only get worse and worse.

Helene and her son, I and mine: all four of us had signed up for a scuba lesson at the dive club in the neighboring village. Since the last session, however, my Jean-Baptiste had developed an earache and didn't want to go anymore. Tired from our almost sleepless night, Helene and I decided to cancel the lesson. Rodrigue, the only one who'd really wanted to go diving, was disappointed. You can always go swimming in the pool, Helene told him. Well, he'd had it up to here with swimming in the pool. He would have at least liked for someone to accompany him down to the beach below the hotel, where he wasn't allowed to go alone because of the dangerous currents, but no one wanted to go with him, neither his mother nor I, nor Jean-Baptiste, who preferred to read in the boys' bungalow. Jean-Baptiste was thirteen at the time. I had more or less forced this exotic vacation on him, a holiday with a woman he hardly knew and a boy much younger than he was, and he'd been bored from the moment we arrived, which he made clear to us by staying off on his own. Whenever I asked him irritably whether he wasn't happy to be here in Sri Lanka, he replied grudgingly that yes, yes, he was happy, but it was too hot and actually he was happiest in the bungalow, reading or playing his Game Boy. In short, he was a typical adolescent, while I was a typical father of an adolescent, catching myself telling him the same exasperating things my own parents had said to me when I was his age: You ought to go out, look around ... What's the point of bringing you all this way?... Like talking to a wall. So Jean-Baptiste retreated into his lair while Rodrigue, left on his own, began bothering Helene, who was trying to nap on a deck chair by the huge saltwater pool, where an elderly but incredibly athletic German woman who resembled Leni Riefenstahl swam every morning for two hours. As for me, still feeling sorry for myself over my inability to love, I went to hang out with the Ayurvedics, as we called the group of Swiss German guests who were staying in some nearby bungalows. They had come to the resort to follow a program of yoga and traditional Indian massage. They weren't meeting in plenary session with their master, so I performed a few asanas with them. Then I wandered back to the pool, where the last breakfast dishes had been cleared and tables were being set for lunch. Soon the tedious question would arise: What should we do that afternoon? In the three days since our arrival we had already visited the forest temple, fed the little monkeys, and seen the reclining Buddhas. So unless we undertook more ambitious cultural excursions, which none of us found tempting, we had exhausted the attractions in our immediate vicinity. Some tourists can spend days in a fishing village rhapsodizing over everything the locals do—going to market, mending nets, social rituals of all kinds—and I reproached myself for not being like that, for not having passed on to my sons the generous curiosity, the acuity of observation I admire in people like Nicolas Bouvier, the Swiss traveler and writer. I'd brought along The Scorpion-Fish, Bouvier's account of a year he spent in Galle, a large fortified town about thirty kilometers to the east of us along the southern coast of the island. Unlike his most famous book, The Way of the World, a tale of celebration and wonder, The Scorpion-Fish describes collapse, loss, and a descent into the abyss. It presents Sri Lanka as a form of enchantment, but in the perilous sense of the word, not some guidebook come-on for newlyweds and hip backpackers. Bouvier almost lost his mind there, and our visit, whether considered as a honeymoon or a rite of passage for a future blended family, was a failure. And a feeble failure at that, with no bang, only a whimper. I was growing anxious to go home. Crossing the trellised lobby invaded by bougainvilleas, I ran into a frustrated hotel guest who couldn't send a fax because the power was out. At the reception desk he'd heard there'd been an accident, some problem in the village, but he hadn't understood exactly what was wrong and just hoped the power would come back on soon, because his fax was very important. I rejoined Helene, who was awake now and told me something strange was happening.

From Lives Other Than My Own by Emmanuel Carrere. Copyright 2009 by P.O.L. Editor Translation Copyright 2011 by Linda Coverdale. Excerpted by permission of Picador.