Part humor, part inspiration, the star of TV's hottest show Glee and former real-life Sue Sylvester shares how she was finally able to embrace her sexuality and find the contentment she thought she'd never have. 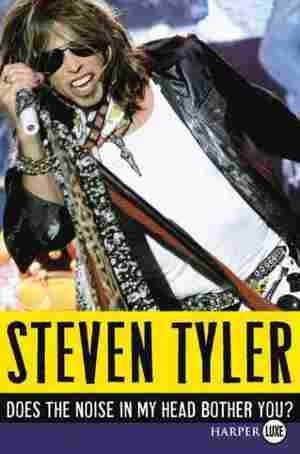 December 22, 2011 • Susan Jane Gilman recommends behind-the-scenes reads about the rich and famous — by a rock star, a hotel concierge, a stuntman and a Brat Packer, all offering backstage passes to their glamorous lives. Entertaining and star-studded, they make for perfect holiday escapism — with a cocktail (or two) in hand. 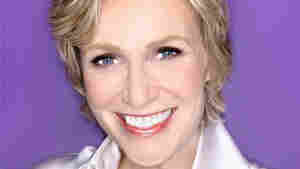 September 16, 2011 • Jane Lynch tells David Greene that her career got a giant boost from a Frosted Flakes commercial, and her personal life benefited enormously from a letter she wrote and thought she might never choose to send.

If I could go back in time and talk to my twenty-year-old self, the first thing I would say is: "Lose the perm." Secondly I would say: "Relax. Really. Just relax. Don't sweat it."

I can't remember a time when I wasn't anxious and fearful that the parade would pass me by. And I was sure there was someone or something outside of myself with all the answers. I had a driving, anxiety-filled ambition. I wanted to be a working actor so badly. I wanted to belong and feel like I was valued and seen. Well, now I am a working actor, and I guarantee you it's not because I suffered or worried over it.

As I look back, the road to where I am today has been a series of happy accidents I was either smart or stupid enough to take advantage of. I thought I had to have a plan, a strategy.

Turns out I just had to be ready and willing to take chances, look at what's right in front of me, and put my heart into everything I do. All that anxiety and fear didn't help, nor did it fuel anything useful. Finally releasing that worry served to get me out of my own way. So my final piece of advice to twenty-year-old me: Be easy on your sweet self. And don't drink Miller Lite tall boys in the morning.

I don't know why, but I was born with an extra helping of angst. I would love to be able to blame this on my parents, as I'm told this is good for book sales. But I can't.

I grew up in a family that was pure Americana. We lived in Dolton, Illinois, one of the newly founded villages south of Chicago created to house the burgeoning middle class. We were like the subject of a Norman Rockwell painting, except it was the 1960s and '70s, so he would have had to paint us with bellbottoms and a stocked liquor cabinet. I didn't settle into myself as a child, but the family I had around me was entertaining and embraced the life we had.

My dad, Frank, was a classic Irish-Catholic cutup. He was always singing a ditty, dancing a soft-shoe, or cracking wise while mixing a cocktail. He was almost bald by the time he was nineteen, and every day he'd smear Sea & Ski sun lotion on top of his naked head, then slap a little VO5 onto his hands and smooth the ring of hair around the sides with a flourish. "How do you like that?" he'd say to himself in the mirror, and sing under his breath, "I've got things to do, places to go, people to see." And after that daily Sea & Ski ritual, damn if he still didn't end up getting skin cancer on his pate. However, it would be lung cancer that took my dad from us in 2003, and I miss him every day.

I can remember my dad, when I was really young—so young, it's like Vaseline over the memory—dancing with me in the living room. "Do you come here often?" he'd ask, twirling me around and singing along with Sid Caesar: "Pardon me miss, but I've never done this . . . with a real live girl . . ."

My dad also did a bang-up Bing Crosby. I loved it when he sang, and we never had to wait very long for it. He'd sing while putting sugar in his coffee, while buffing his shoes, or for no reason at all. He'd make up songs about us, the more ridiculous the better: To the tune of "Val-deri, Val-dera," he'd sing "Jane-eree, Jane-erah." My nickname became simply Eree-Erah. He added –anikins or -erotomy to the end of anyone's name. My older sister was Julie-anikins, my younger brother, Bob- erotomy. One of his favorite joyous exclamations was "Pon-TIFF! Pon-TIFF!" from the word "pontifical," which was his way of saying "fabulous." And "My cup runneth over" was boiled down to "My cup! My cup!" Speaking of cup, coffee was coffiticus, my mom was L.T. (Long Thing, because she was tall), and the phone was the telephonic communicator. We would roll our eyes or feign embarrassment—but we all wanted to be the subject of Dad's silliness, to be a part of his joy.

My mom, Eileen Lynch (nee Carney), was, and still is, gorgeous. Tall and blond, with navy blue eyes and beautiful long legs, she never failed to turn heads. She always had a nice tan in the summer. And she's a clotheshorse who never pays full price . . . ever . . . unlike her middle kid. To this day (and she is now in her eighty-second year) she puts on an outfit every morning. She's classy down to her socks. She would kill me if she saw the comfort shoes I sneak under those long award-show gowns, especially because we have been known to watch hours and hours of What Not to Wear together. I share her love of fashion—I just don't have her eye, or the figure to look fabulous in anything off-the-rack like she does.

Mom is half-Swedish and half-Irish, but the Swedish tends to win out. She can get sentimental, but for the most part, she's strong and independent and doesn't suffer fools, show-offs, or braggarts, and of course I'm nothing if not a foolish bragging show-off. Somehow, she manages to love me anyway.

My parents truly loved each other, and almost always got along. If you ask Mom now about their life together, the only negative comment she'd come up with is "Sometimes he'd bug me." She had to have at least one criticism; she's Swedish.