The Story of America and African Americans

Heart and Soul explores the history of African Americans, from colonial days through the civil rights movement.

NPR stories about Heart and Soul 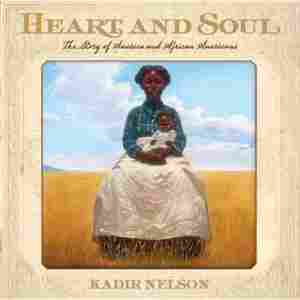 Top 5 Books For Backseat Readers (Age 9 And Up)

December 8, 2011 • Since starting NPR's Backseat Book Club, Michele Norris has been swimming in "kid lit." The five stories on her year-end list will seep into your heart and leave you thinking about the characters long after you've turned the final pages.

September 26, 2011 • Illustrator and author Kadir Nelson tells the African-American story — from Colonial times through the civil rights movement — in his new children's book, Heart and Soul.

This may sound funny to you, but my grandfather, Joseph, didn't allow any of his kin to eat black-eyed peas on New Year's Day even though it's an old African American tradition – the beans bring good luck for the coming year, they say. But Pap, which is what we called him, wouldn't hear of it. When he was a young boy, each New Year's Day buckets of black-eyed peas were boiled and poured into a horse trough for all of the slaves on the plantation to eat like animals. Pap hated it and vowed that none of us in his family would ever allow people to treat us that way.

Pap was the only Africa-born slave in my family. Pap was captured in 1850 when he was only six years old and brought to America. Even though it had been illegal to capture and import slaves to America since 1807, it still happened. And often. On New Year's Day of every year, Pap told us the story.

"When I was a child, I would play with all de other children in my village while de grown folk were working far away in de fields. They told us to look out for kidnappers 'cause dey were stories of people who went missing, mostly children left at home during the day. One day when de grown folk were gone out to de field, several of dos people ran into de village carrying nets and clubs and grabbed me and several other children 'fore we could cry out. Dey covered our mouths, tied our hands, and ran off with us into de woods."

The children were marched for miles all the way to the coast, where a large ship sat out on the water. For days Pap and many other captured Africans were kept inside a large fort on the beach before they were brought outside and paddled in a small boat to the ship.

Below the deck, African men, women, and children were packed like fish, chained together, and crammed into spaces so tight that they could not stand up. It was dark, and the air was heavy with the smell of sickness and the cries of women and children. When the ship was full, it set off for America.

The trip lasted several weeks. Pap was sold to a planter in Maryland as a playmate for his son. When he reached the age of seven, Pap was sent out to work as a field hand.

I could tell you about the life of a slave all day long, but even then you couldn't guess the awfulness of it. Slaves are people who are property of other people and must do whatever they are told. They were bought and sold as one would buy and sell any animal or thing. Slaves had no right to property, to family, to come and go as they pleased, to read or write, or to speak their own language or have a last name; no right even to protect themselves – no more rights than that of a horse or a pig. The only right a slave had was to work for his master. And work he did.

Every morning the slave driver blew the work horn or rang the bell; and all the slaves woke up, grabbed a hoe, and headed out to the fields. In the summertime the sun was up early and down late; and the air was hot, heavy, and full of mosquitoes. With each strike of the hoe to the ground the slaves sang to keep time with each other and help ease the hard work. Spirituals were born right there in that field, you know. Singing was the only way to keep from dying inside. Pap said it was the saddest thing in the world to hear slaves sing those songs, but it sounded so beautiful. Made him want to cry. Some of those songs held secrets, too – codes to pass on messages to other slaves right under the nose of the overseer. Like when a slave started singing "Steal Away," folks knew it was time to run away. Or when they sang "Follow the Drinking Gourd," the slaves knew to escape in the direction of the North Star right at the foot of the Little Dipper. 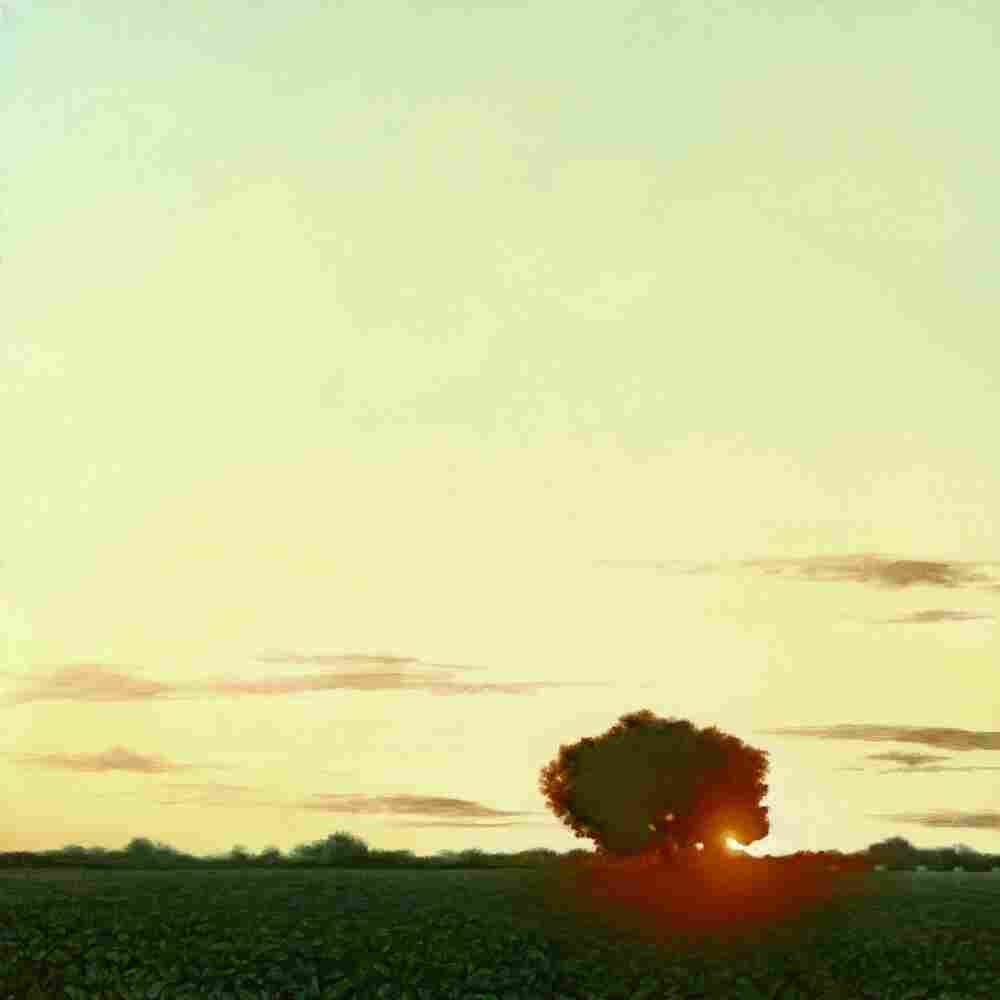 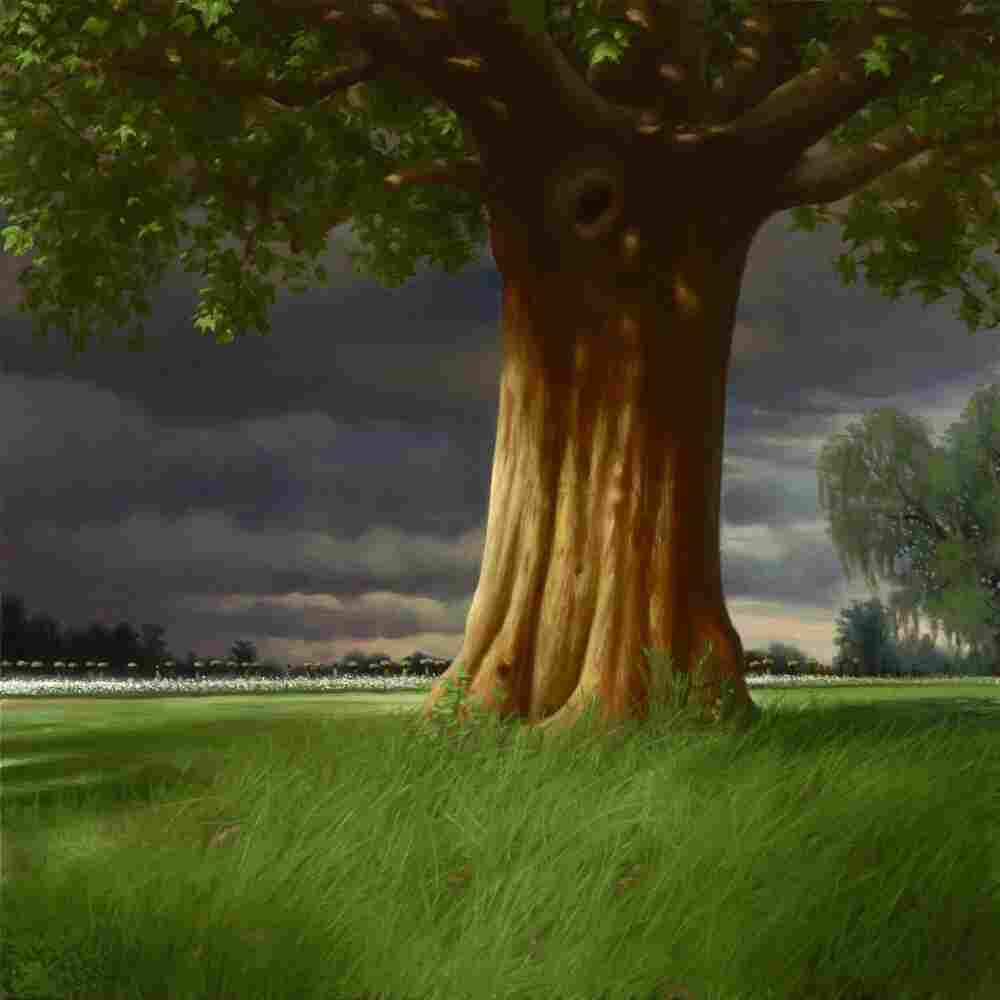 To ease the trouble of their hard lives, the slaves got together and danced on Saturday evenings. Most other evenings they slipped off into the woods for prayer meetings, praying for the day that freedom would come.

Since Pap didn't have any blood family on the plantation, older slaves took him in as their own. Before he went out to the fields, he lived in the big house with a woman he called Aunt Hattie, who worked all day under the watchful eye of the Missus, cooking, cleaning, sewing, even nursing the Missus's children when they needed milk. She raised all three of the Missus's children.

There were about a hundred or so slaves on the plantation, and they were always hungry and dressed in rags. Most of them went barefoot 'cause the master didn't give 'em but one pair of shoes a year, and the shoes weren't made to last. In the fields they were watched over by an overseer, who rode around on a horse making sure everybody was doing their work. And, honey, that fellow was mean. To keep the slaves in line, he lashed them with a curlin' bullwhip he kept on his shoulder. Tied 'em to a tree and whipped 'em right in front of all the other field hands. Folks a mile away could hear them awful whippings. It's no wonder so many of the slaves wanted to run away.

You might wonder, "Why didn't they fight back?" Chile, believe me when I tell you that they did, every step of the way; but unlike the Africans who captured them, they didn't have any guns to fight back with, so they fought with their fists and died. They fought over the ocean on slave ships and were shot and drowned. They fought in the fields, in homes, and in factories where they worked and were whipped, beaten, and murdered. They fought and fought and lost almost every time. It would be a long while before we figured out that we could not win our freedom with our fists or guns. We would have to find another way.

Reprinted from Heart and Soul: The Story of America and African Americans by Kadir Nelson 2011. Used with permission of the publisher, Balzer + Bray.