Mica Area High School has never seen anything like Susan "Stargirl" Caraway, a classic Manic Pixie Dream Girl who wears Native American buckskins, plays the ukulele and cheers for both teams at sporting events. A story about the perils of popularity, the courage of nonconformity, and the thrill of first love. 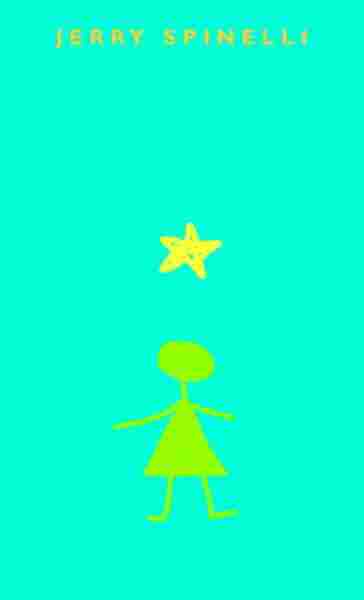 When I was little, my Uncle Pete had a necktie with a porcupine painted on it. I though that necktie was just about the neatest thing in the world. Uncle Pete would stand patiently before me while I ran my fingers over the silky surface, half expecting to be stuck by one of the quills. Once, he let me wear it. I kept looking for one of my own, but I could never find one.

I was twelve when we moved from Pennsylvania to Arizona. When Uncle Pete came to say goodbye, he was wearing the tie. I though he did so to give me one last look at it, and I was grateful. But then, with a dramatic flourish, he whipped off the tie and draped it around my neck. "It's yours," he said. "Going-away present."

I loved that porcupine tie so much that I decided to start a collection. Two years after we settled in Arizona, the number of ties in my collection was still one. Where do you find a porcupine necktie in Mica, Arizona - or anywhere else, for that matter?

On my fourteenth birthday, I read about myself in the local newspaper. The family section ran a regular feature about kids on their birthdays, and my mother had called in some info. The last sentence read: "As a hobby, Leo Borlock collects porcupine neckties."

Several days later, coming home from school, I found a plastic bag on our front step. Inside was a gift-wrapped package tied with yellow ribbon. The tag said, "Happy Birthday!" I opened the package. It was a porcupine necktie. Two porcupines were tossing darts with their quills, while a third was picking its teeth.

I inspected the box, the tag, the paper. Nowhere could I find the giver's name. I asked my parents. I asked my friends. I called my Uncle Pete. Everyone denied knowing anything about it.

That was the first thing Kevin said to me on the first day of school, eleventh grade. We were waiting for the bell to ring.

"Hah!" He craned his neck, scanning the mob. He had witnessed something remarkable; it showed on his face. He grinned, still scanning. "You'll know."

There were hundreds of us, milling about, calling names, pointing to summer-tanned faces we hadn't seen since June. Our interest in each other was never keener than during the fifteen minutes before the first bell of the first day.

The bell rang. We poured inside.

I heard it again in homeroom, a whispered voice behind me as we said the Pledge of Allegiance.

Who could it be? A new student? A spectacular blonde from California? Or from back East, where many of us came from? Or one of those summer makeovers, someone who leaves in June looking like a little girl and returns in September as a full-bodied woman, a ten-week miracle?

And then in Earth Sciences I heard a name: "Stargirl."

I turned to the senior slouched behind me. "Stargirl?" I said. "What kind of name is that?"

"That's it. Stargirl Caraway. She said it in homeroom."

And then I saw her. At lunch. She wore an off-white dress so long it covered her shoes. It had ruffles around the neck and cuffs and looked like it could have been her great-grandmother's wedding gown. Her hair was the color of sand. Itfell to her shoulders. Something was strapped across her back, but it wasn't a book bag. At first I thought it was a miniature guitar. I found out later it was a ukulele.

She did not carry a lunch tray. She did carry a large canvas bag with a life-size sunflower painted on it. The lunchroom was dead silent as she walked by. She stopped at an empty table, laid down her bag, slung the instrument strap over he chair, and sat down. She pulled a sandwich from the bag and started to eat.

Half the lunchroom kept staring, half starting buzzing.

Kevin was grinning. "Wha'd I tell you?"

"She's in tenth grade," he said. "I hear she's been homeschooled till now."

"Maybe that explains it," I said.

Her back was to us, so I couldn't see her face. No one sat with her, but at the tables next to hers kids were cramming two to a seat. She didn't seem to notice. She seemed marooned in a sea of staring buzzing faces.

Kevin was grinning again. "You thinking what I'm thinking?" he said.

I grinned back. I nodded. "Hot Seat."

Hot Seat was our in-school TV show. We had started it the year before. I was producer/director, Kevin was on-camera host. Each month he interviewed a student. So far most of them had been honor student types, athletes, model citizens. Noteworthy in the usual ways, but not especially interesting.

Suddenly Kevin's eyes boggled. The girl was picking up her ukulele. And now she was strumming it. And now she was singing! Strumming away, bobbing her head and shoulders, singing "I'm looking over a four-leaf clover that I over-looked before." Stone silence all around. Then came the sound of a single person clapping. I looked. It was the lunch-line cashier.

And now the girl was standing, slinging her bag over one shoulder and marching among the tables, strumming and singing and strutting and twirling. Head swung, eyes followed her, mouths hung open. Disbelief. When she came by our table, I got my first good look at her face. She wasn't gorgeous, wasn't ugly. A sprinkle of freckles crossed the bridge of her nose. Mostly she looked like a hundred other girls in school, except for two things. She wore no makeup, and her eyes were the biggest I had ever seen, like deer's eyes caught in headlights. She twirled as she went past, he flaring skirt brushing my pantleg, and then she marched out of the lunchroom.

From among the tables came three slow claps. Someone whistled. Someone yelped.

Kevin and I gawked at each other.

Kevin held up his hands and framed a marquee in the air. "Hot Seat! Coming Attraction — Stargirl!"

I slapped the table. "Yes!"