Ioan Grillo presents a sobering report on how Mexican drug gangs are threatening democracy. He evaluates key debates in Washington; traces the radical transformations of drug cartels throughout the past decade; and provides coverage of the cartels' massive production farms and formidable paramilitary death squads. 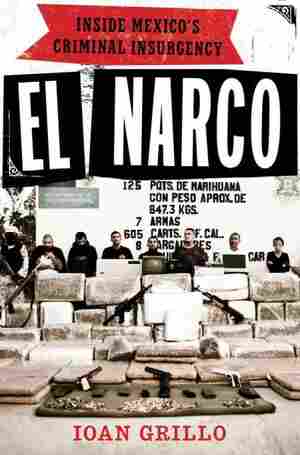 October 25, 2011 • In his new book, British journalist Ioan Grillo takes a close look at the Mexican drug war, starting with el narco, or the network of drug smugglers who cast a murderous shadow over Mexico. 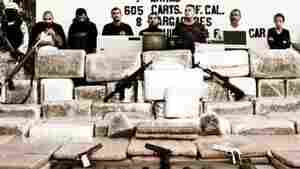 October 24, 2011 • Since 2006, 40,000 people have been murdered in Mexico as drug cartels battle each other and the Mexican military. Journalist Ioan Grillo traces how Mexico came to control drug trafficking in El Narco.

It may have been vivid and raw. But it felt somehow surreal, as if Gonzalo were watching these terrible acts from above. As if it were someone else who had firefights with ski-masked federal police in broad daylight. Someone else who stormed into homes and dragged away men from crying wives and mothers. Someone else who duct-taped victims to chairs and starved and beat them for days. Someone else who clasped a machete and began to hack off their craniums while they were still living.

But it was all real.

He was a different man when he did those things, Gonzalo tells me.

He had smoked crack cocaine and drunk whiskey every day, had enjoyed power in a country where the poor are so powerless, had a latest-model truck and could pay for houses in cash, had four wives and children scattered all over . . . had no God.

"In those days, I had no fear. I felt nothing. I had no compassion for anybody," he says, speaking slowly, swallowing some words.

His voice is high and nasal after police smashed his teeth out until he confessed. His face betrays little emotion. I can't take in the gravity of what he is saying – until I play back a video of the interview later and transcribe his words. Then as I wallow over the things he told me, I pause and shudder inside.

I talk to Gonzalo in a prison cell he shares with eight others on a sunny Tuesday morning in Ciudad Juarez, the most murderous city on the planet. We are less than seven miles from the United States and the Rio Grande, which slices through North America like a line dividing a palm. Gonzalo sits on his bed in the corner clasping his hands together on his lap. He wears a simple white T-shirt that reveals a protruding belly under broad shoulders and bulging muscles that he built as a teenage American football star and are still in shape at his age thirty-eight.

Standing six feet two, he cuts an imposing figure and exhibits an air of authority over his cellmates. But as he talks to me, he is modest and forthcoming. He wears a goatee, gray hairs on his chin below a curved, black mustache. His eyes are focused and intense, looking ruthless and intimidating but also revealing an inner pain.

Gonzalo spent seventeen years working as a soldier, kidnapper, and murderer for Mexican drug gangs. In that time he took the lives of many, many more people than he can count. In most countries, he would be viewed as a dangerous serial killer and locked up in a top-security prison.

But Mexico today has thousands of serial murderers. Overwhelmed jails have themselves become scenes of bloody massacres: twenty slain in one riot; twenty-one murdered in another; twenty three in yet another – all in penitentiaries close to this same cursed border.

Within these sanguine pens, we are in a kind of sanctuary – an entire wing of born-again Christians. This is the realm of Jesus, they tell me, a place where they abide by laws of their own "ecclesiastical government."

Other wings in this jail are segregated between gangs: one controlled by the Barrio Azteca, which works for the Juarez Cartel; another controlled by their sworn enemies, the Artist Assassins, who murder for the Sinaloa Cartel.

The three hundred Christians try to live outside this war. Baptized Libres en Cristo, or Free Through Christ, the sect founded in the prison borrows some of the radical and rowdy elements of Southern American evangelicalism to save these souls. I visit a jail block mass before I sit down with Gonzalo. The pastor, a convicted drug trafficker, mixes stories of ancient Jerusalem with his hard- core street experiences, using slang and addressing the flock as the "homeys from the barrio." A live band blends rock, rap, and norteño music into their hymns. The sinners let it all out, slam-dancing wildly to the chorus, praying with eyes closed tight, teeth gritted, sweat pouring from foreheads, hands raised to the heavens – using all their spiritual power to exorcise their heinous demons.

Gonzalo has more demons than most. He was incarcerated in the prison a year before I met him and bought his way into the Christian wing hoping it would be a quiet place where he could escape the war. But when I listen carefully to his interview, he sounds as if he has really given his heart to Christ, does really pray for redemption. And when he talks to me – a nosy British journalist prying into his past – he is really confessing to Jesus.

"You meet Christ and it is a totally different thing. You feel horror and start thinking about the things you have done. Because it was bad. You think about the people. It could have been a brother of mine I was doing these things to. I did bad things to a lot of people. A lot of parents suffered.

"When you belong to organized crime, you have to change. You could be the best person in the world, but the people you live with change you completely. You become somebody else. And then the drugs and liquor change you."

I have watched too many videos of the pain caused by killers like Gonzalo. I have seen a sobbing teenager tortured on a tape sent to his family; a bloodied old man confessing that he had talked to a rival cartel; a line of kneeling victims with bags over their heads being shot in the brain one by one. Does someone who has committed such crimes deserve redemption? Do they deserve a place in heaven?

Yet, I see a human side to Gonzalo. He is friendly and well-mannered. We chat about lighter issues. Perhaps in another time and place, he could have been a stand-up guy who worked hard and cared for his family – like his father, who, he says, was a lifelong electrician and union man.

I have known angry, violent men in my home country; hooligans who smash bottles into people's faces or stab people at soccer games. On the surface, those men seem more hateful and intimidating than Gonzalo as he talks to me in the prison cell. Yet they have killed nobody. Gonzalo has helped turn Mexico at the dawn of the twenty-first century into a bloodbath that has shocked the world.