In the riveting conclusion to the New York Times best-selling vampire trilogy, a ragtag network of humans—Eph, a brilliant scientist; Vasiliy Fet, an exterminator; and Gus, a former gangbanger—are determined to disrupt and destroy the vampire new world order.

NPR stories about The Night Eternal 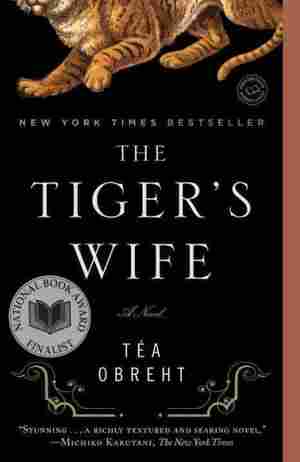 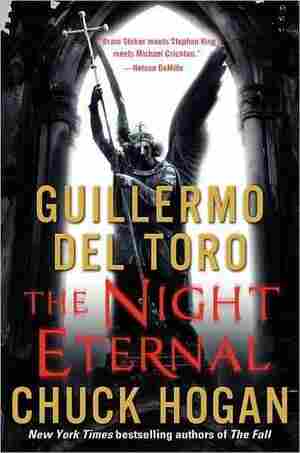 October 24, 2011 • Few have as intense a relationship with monsters as filmmaker Guillermo del Toro. His award-winning film Pan's Labyrinth depicted real and fantastical monsters, while The Strain — the best-selling fantasy trilogy del Toro just wrapped up — re-imagines vampires as anything but romantic.

Extract from the Diary of Ephraim Goodweather

On the second day of darkness they rounded them up. The best and the brightest: all those in power, the wealthy, the influential.

Lawmakers and CEOs, tycoons and intellectuals, rebels and figures of great popular esteem. None were turned; all were slain, destroyed. Their execution was swift, public, and brutal.

Save for a few experts from each discipline, all leaders were eliminated. Out they marched, the damned, from the River House, the Dakota, the Beresford, and their ilk. They were all apprehended and herded into major metropolitan gathering places worldwide, such as the National Mall in Washington, DC, Nanjing Road in Shanghai, Moscow's Red Square, Cape Town Stadium, and Central Park in New York City. There, in a horrific pageant of carnage, they were disposed of.

It was said that over one thousand strigoi rampaged down Lexington and raided every building surrounding Gramercy Park. Offerings of money or favor fell on deaf ears. Soft, manicured hands implored and begged. Their bodies twitched — hanging from lampposts all along Madison Avenue. In Times Square, twenty-foot-high funeral pyres burned tanned, pampered flesh. Smelling much like barbecue, the elite of Manhattan illuminated the empty streets, closed shops — everything must go — and silent LED megascreens.

The Master had apparently calculated the right number, the exact balance, of vampires needed to establish dominance without overburdening the blood supply; its approach was methodological and indeed mathematical. The elderly and infirm were also collected and eliminated. It was a purge and a putsch. Roughly one-third of the human population was exterminated over that seventy-two-hour period, which had since become known as, collectively, "Night Zero."

The hordes took control of the streets. Riot police, SWAT, the U.S. Army — the tide of monsters overtook them all. Those who submitted, those who surrendered themselves, remained as guards and keepers.

The Master's plan was a resounding success. In brutally Darwinian fashion, the Master had selected the survivors for compliance and malleability. Its growing strength was nothing short of terrifying. With the Ancients destroyed, its control over the horde — and through them, the world — had broadened and become ever more sophisticated. The strigoi no longer roamed the streets like raving zombies, raiding and feeding at will. Their movements were coordinated. Like bees in a hive or ants in a hill, they apparently each had clearly defined roles and responsibilities. They were the Master's eyes on the street.

In the beginning daylight was entirely gone. A few seconds of faint sunlight could be glimpsed when the sun was at its zenith, but other than that, the darkness was unremitting. Now, two years later, the sun filtered through the poisoned atmosphere for only two hours each day, but the pale light it gave was nothing like the sunlight that had once warmed Earth.

The strigoi were everywhere, like spiders or ants, making sure that those left alive were truly fitting back into a routine ...

And yet the most shocking thing of all was ... how little life had truly changed. The Master capitalized on the societal chaos of the first few months. Deprivation — of food, clean water, sanitation, law enforcement — terrorized the populace, so much so that, once basic infrastructure was restored, once a program of food rations was implemented and the rebuilt electrical grid chased off the darkness of the long nights, they responded with gratitude and obedience. Cattle need the recompense of order and routine — the unambiguous structure of power — to surrender.

In fewer than two weeks, most systems were restored. Water, power ... cable television was reintroduced, broadcasting all reruns now, without commercials. Sports, news, everything a repeat. Nothing new was produced. And ... people liked it.

Rapid transit was a priority in the new world, because personal automobiles were extremely rare. Cars were potential bombs and as such had no place in the new police state. Cars were impounded and crushed. All vehicles on the street belonged to public services: police, fire department, sanitation — they were all operational, manned by complying humans.

Airplanes had suffered the same fate. The only active fleet was controlled by Stoneheart, the multinational corporation whose grip on food distribution, power, and military industries the Master had exploited in its takeover of the planet, and it consisted of roughly 7 percent of the planes that once crossed the world's skies.

Silver was outlawed and became trade currency, highly desirable and exchangeable for coupons or food points. The right amount of it could even buy you, or a loved one, a way out of the farms.

The farms were the only entirely different thing in this new world. That and the fact that there was no more educational system. No more schooling, no more reading, no more thinking.

The pens and slaughterhouses were manned twenty-four hours a day, seven days a week. Trained wardens and cattle drivers supplied the strigoi with the nutrients needed. The new class system was quickly established. A system of biological castes: the strigoi favored B positive. Any blood type would do, but B positive either provided extra benefits — like different grades of milk — or held its taste and quality better outside the body and was better for packaging and storing. Non-B's were the workers, the farmers, the true grunts. B positives were the Kobe — the prime cut of beef. They were pampered, given benefits and nutrients. They even got double the exposure at the UV camps, to make sure their vitamin D took root. Their daily routine, their hormonal balance, and ultimately their reproduction were systematically regulated to keep up with the demand.

And so it was. People went to work, watched TV, ate their meals, and went to bed. But in the dark and in the silence they wept and stirred, knowing all too well that those they knew, those next to them — even the ones sharing the very bed they were lying on — could suddenly be gone, devoured by the concrete structure of the closest farm. And they bit their lips and cried, for there was no choice but to submit. There was always someone else (parents, siblings, children) who depended on them. Always someone else who gave them the license to be afraid, the blessing of cowardice.

Who would have dreamed that we would be looking back with great nostalgia at the tumultuous nineties and early noughts. The times of turmoil and political pettiness and financial fraud that preceded the collapse of the world order... it was a golden era by comparison. All that we were became lost—all social form and order in the way our fathers and forefathers understood it. We became a flock. We became cattle.

Those of us who are still alive but have not joined the system... we have become the anomaly ... We are the vermin. Scavengers. Hunted.

Excerpted from The Night Eternal with permission from William Morrow, an imprint of HarperCollins Publishers. Copyright 2011 by Guillermo del Toro and Chuck Hogan.