A beloved TV icon shares the secrets to success and happiness as he has learned them from his innumerable celebrity encounters, friendships and relationships with his loving wife and family.

NPR stories about How I Got This Way 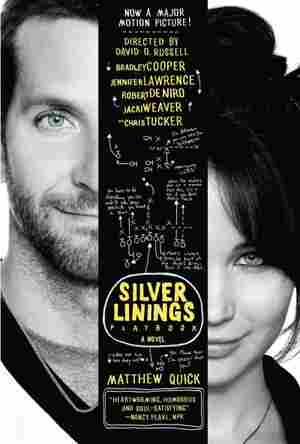 October 29, 2012 • Novelist Matthew Quick finds the funny side of a mental patient's recovery, while Anthony Horowitz reimagines Sherlock Holmes. In nonfiction, comedian Darrell Hammond recounts his traumatic childhood, Regis Philbin tracks his rise to TV greatness, and MTV gets its own history book. 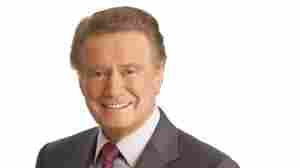 November 14, 2011 • On Friday, Regis Philbin will step down from his hosting duties on the talk show Live with Regis and Kelly. But that doesn't mean he's retiring. In his new memoir, How I Got This Way, Philbin chronicles the twists and turns of his career and explains where he plans to go next.

Excerpt: 'How I Got This Way'

It all began with Bing Crosby during the Depression of the thirties. I must have been six or seven years old at the time. My family lived on the bottom floor of a two-story house on Cruger Avenue in the Bronx, and every night at 9:30, I sat by my little radio in our kitchen and listened to a half hour of Bing's records regularly spilling out over WNEW. His voice was so clear, so pure, and so warm that after a while I thought of him as my good friend. Even though he was out in faraway, glamorous Hollywood and I was in the humble old Bronx, in my mind we truly were friends and would always spend that special half hour together, just the two of us.

I listened to those songs of the Depression era and, even as a kid, I understood that the songwriters were trying to give hope to a struggling and downtrodden public. I grew to love those lyrics and what they said to me. I swear to you that those same songs have stayed with me for the rest of my life, and during various dark periods when I hit those inevitable bumps along the way, I would actually sing them to myself. Like "When skies are cloudy and gray, they're only gray for a day, so wrap your troubles in dreams and dream your troubles away. . . ." Those were the sorts of lyrics that helped cheer an entire nation wallowing in hard times together, not to mention those who experienced bleak moments of their own in decades to come. Certainly they kept me going. So Bing Crosby remained a big deal to me — his mellow voice, his carefree persona, his very special aura. Dependable as could be, he was the friend who could always be counted on to make me feel better.

Now all through high school and college, my parents would ask me over and over again, "What are you going to do with your life? What do you want to be?" Well, in my heart I wanted to be a singer like Bing, but I worried about the reality of that dream. Did I think for one minute that I had the voice to pull it off? Of course not. It never occurred to me. I just wanted to be Bing! So I could never tell them I wanted to be a singer. They might think I was crazy or trying to achieve the impossible. But I did promise my folks that I would make my decision before graduating from the University of Notre Dame.

During those college years, my hope of becoming a singer did wane slightly. I majored in sociology and never took a single music-related course, much less any kind of class in public speaking — no confidence for it, none — yet I still had a passion for it that burned inside me.

Two weeks before graduation, I discovered that one of my friends could actually play the piano. Gus Falcone was his name, and I explained my awkward situation to him. This would be the last chance to tell my parents my long-held secret, and with Gus at the piano, I could show them it wasn't altogether that impossible as a professional dream. Over and over, for two weeks, we rehearsed one of Crosby's great songs, "Pennies from Heaven," in the campus music hall. Finally, the day before graduation, my folks arrived at Notre Dame, thoroughly shaken up by a severe thunderstorm they had encountered a half hour outside of South Bend. They got out of the car, already off balance due to the bad weather, but I bravely proceeded anyway: "Mom, Dad — don't say anything. You've waited a long time for this, so now I'm going to tell you what it is I want to do for the rest of my life. Come with me."

We walked across the campus. My parents looked relieved. They were understandably eager to hear about my career decision. Gus, meanwhile, was waiting for us at the piano in one of those rehearsal rooms. We walked in and, right on cue, he started to play "Pennies from Heaven." This, after all, was the audition of my life. We got off to a fairly good start. I thought maybe this was actually going to work — until I saw my mother's eyes brimming with tears and my father's eyes filled with bitter disappointment. I realized I couldn't do this to them. This wasn't the reason they had sacrificed so much to send me to college. The song came to an end. There was silence. Deadly silence. From the two people who naturally meant the most to me in the world. I admitted immediately that this was all wrong, that it was a silly idea. They had paid four years of tuition at one of the finest universities in the country . . . and I wanted to be a singer? It was ridiculous. I said, "I'm so sorry, let's try to forget it. I'll find something else to do, maybe in television, hopefully." TV, after all, was suddenly becoming a hot and clearly unstoppable medium.

I did, of course, eventually find my way into television, taking all kinds of jobs, climbing the ranks rung by rung. Anyway, it was several years later, when I was working nationally in Hollywood as the announcer and second banana on ABC-TV's late-night entry, The Joey Bishop Show, that I had my big moment. To help Joey relax before every show, he and I had a private daily ritual of walking from our studio on Vine Street to Hollywood Boulevard and back again. During those strolls we talked about everything, until finally one afternoon we got around to that old topic "What did you want to be when you were a kid?" He told me that, at ten years of age, he would entertain people on the street corners of Philadelphia, telling jokes that left them rocking with laughter. He knew then that he wanted to be a comedian. And so I confessed my dream: I told him that, at the age of six, I decided I wanted to be Bing Crosby — that I knew every lyric of every song Bing had ever sung, that nothing had made me happier than singing along with Bing on the radio.

So it had to happen: three months later, Bing was booked to be a guest on our show. I remember spotting him backstage — this easygoing but towering legend wandering our hallways — and I truly couldn't take my eyes off him. Unfortunately, there were no plans for him to sing that night; he'd simply agreed to come on the show as a panel guest, along with his beautiful wife, Kathy, and share some of his great old stories, then leave. But it was all still terribly exciting. Especially for me. Especially when he walked out and sat right next to me. My whole life flashed before me — thirty years prior to all this I was just a dream-filled kid, freezing on those cold Bronx winter nights, listening to Bing sing on my little radio. How did all this happen? Who could have imagined that now, so many years later, I would be sitting next to Bing Crosby on a big network TV show in Hollywood?! It's one of those times when you have to pinch yourself in order to believe it.