Abandoning his faith after the death of his betrothed, Puritan Charles Wentworth, in hopes of being freed of the temptations that torment him, journeys to Plymouth where he finds unexpected love amidst discovery and danger.

NPR stories about The Pilgrim 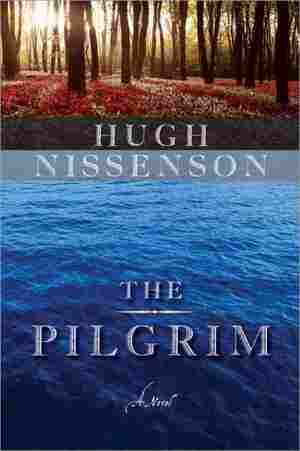 November 16, 2011 • The year is 1622, and a tormented English Puritan strikes out for the Plymouth Plantation in Hugh Nissenson's moody, intelligent novel. Critic Maureen Corrigan says The Pilgrim is a work of straightforward historical fiction — of the sort that you don't see so much anymore.

We made land in Plymouth harbor at five of the clock on Thursday morning the eleventh of July, in the year of Christ 1622. We dropped anchor a league from a beach on which there waited a dozen or so men. They discharged their muskets into the air. About half a mile to the starboard, in the south, I beheld two parallel rows of some thirty thatched houses atop a flat hill. They were enclosed by a high wall of sharpened wooden stakes. Just beyond that, to the southwest, atop another hill, there was a platform mounted with four or five cannons aimed toward the sea. Then I beheld a great granite rock protruding from the sand near the foot of the first hill. Half a mile or so to the east, I beheld a dark forest of white pines. Each was at least a hundred foot in height, and some were a hundred foot higher than that. They were the tallest trees I had ever seen.

I cheered with the men on the quarterdeck, and we tossed our greasy caps in the air. Henry waved his cutlass; the sun shone on its blade.

The sun was hotter than in England. A solitary goose flying low and to the northwest above the Bay was much bigger than an English goose.

Rigdale said, "How shall we sing the Lord's song in a strange land?"

Then there came a smell from the shore like the smell of a garden, and two wild pigeons came as well and lighted on the deck beneath the main-yard.

It took the space of four hours for everyone and his baggage to be conveyed ashore in the Swan's five boats. I landed on the hot beach with Henry and Abigail. All of us lay about in the shade of some pines and great oaks growing on a strip of land adjacent to the shore. There, within the hour, each of us was given to drink a draught of cool water from earthen jugs carried by a goodly number of men from Plymouth town. A bearded man wearing a steeple-crowned beaver hat gave me mine.

I said, "I thank you, sir. I'll be sworn. This is the sweetest water I have ever drunk."

He said, "This is town water, sir, from the Town brook. When I was an exile in Leyden, I worked for five years as a glover with a Jew named DeCosta who had converted to the Dutch Reformed Church. He knew English well enough to teach me a few Jewish blessings for various and sundry things, which he took upon himself to convert to Christian use. The only one I remember is the one he recited before drinking a draught of water. Whenever I drink our town's cold, sweet water, I think of DeCosta's converted blessing: 'Blessed art Thou, O Lord our God, King of the Universe, at whose word water comes into being, through Jesus Christ our Lord, Amen.'"

Abigail was hailed by a gentleman armed with a cutlass in a black leathern scabbard, who declared himself to be her cousin, Edward Winslow. He said, "God be blessed! Cousin Abigail! Is that really you, sweet coz? Yes. I last saw you as a little girl, but I well remember your eyes. You have your mother's beautiful blue eyes. Were you with her when she died?"

Edward Winslow said, "And did she make a good end in Christ?"

Abigail said, "Alas, both my beloved parents, of precious memory, died very hard of the consumption and could not speak a word for the space of several hours before the Lord took each of them away by death."

Edward said, "My beloved first wife, Elizabeth, of precious memory, also sleeps in the Lord. She died of the scurvy last spring at the age of eighteen. Forty-four of our dead lie buried in our graveyard at the foot of Fort Hill. That is almost half our number. We leveled the graves to conceal them from the Indians lest they take advantage of our weak and wretched state.

"I married again within six weeks of Elizabeth's death. 'Tis a common practice amongst us Saints. Widows and widowers cannot survive for long on their own in this wilderness. My new wife is named Susanna. She is twenty years of age. I trust that God will decide who will be my wife in heaven."

Abigail said, "Dear coz, this is my brother, Henry."

Edward said, "I thought as much. You have your father's look about your mouth and chin. Welcome to the Plymouth Plantation, cousin Henry. God grant health to you and your sister. What's this? What's this?

You bear a cutlass! Your cutlass marks you for a soldier, cousin Henry."

Henry said, "I hope to become one."

"Good," said Edward. "Good. We need soldiers here. The Narragansets conspire against us."

"Who are the Narragansets?" said Henry.

"Savage Indians. Our enemies," said Edward. "Captain Standish will explain everything to you. Suffice it now to say that he is our commander. He fought the Spanish papists in the Low Countries and the Narragansets here in defense of our ally, the Indian king, Massasoit, who rules some sixty warriors to the west of us. We estimate that the Narraganset Indians to the north of us can presently muster two hundred warriors. You will serve against them under Captain Standish, like all the men of the Plymouth Colony.

"Now tell me, coz. What gentleman is this?"

Abigail said, "This is our friend, Charles Wentworth, who once studied Divinity at Cambridge."

"Well met, sir," said Edward. "A Cambridge scholar. Well, well. Master Brewster also studied at Cambridge. Methinks 'twas law. I will tell him anon that you have joined us. I warrant that he'll be happy to have an old schoolmate amongst us. I bid you welcome, sir, to a new life among the godly in the Plymouth Plantation."