My Flirtations With the Divine

After a health scare, an atheist travels the world searching for an experience of the divine, from meditating with Tibetan lamas in Nepal and unblocking his chi in China, to studying the Kabbalah in Israel. 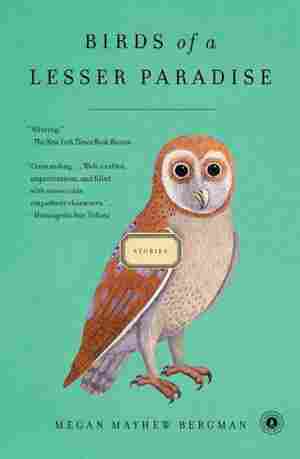 Discovering Da Vinci, A Writer's Identity And The 'IKEA God'

November 5, 2012 • This week brings a notable story collection by Megan Mayhew Bergman and a memoir of art, alcoholism and family life by Jeanne Darst. Eric Weiner has an account of his spiritual journey, and Toby Lester explores Leonardo da Vinci's coming of age. 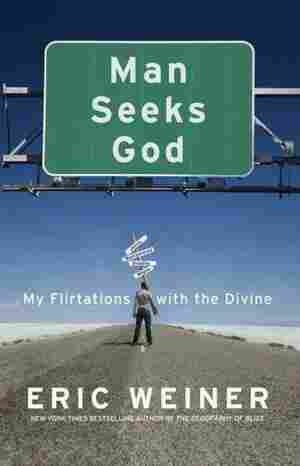 December 5, 2011 • In Eric Weiner's newest book, Man Seeks God, the former NPR foreign correspondent heads around the world on a humorous and thoughtful quest for spirituality.

Cities are like people. We think we know them, but we never do, not fully. There is always another side, a shadow city, lurking in the background like the eccentric cousin you studiously avoid at family gatherings. And so it is with me and New York. I thought I knew the city, but it turns out I only knew part of it. I knew the New York of bagels and thrift stores and yoga studios. The New York I am now speeding toward on the Number Two train is a very different New York. Different in precisely what way I can't say, for I have never visited this New York. Why would I? Reputation, reflected in, and to some extent forged by, movies like Fort Apache, the Bronx, formed a barrier between me and this NewYork, a barrier as impenetrable as any wall ever built.

Yet here I am, the only white person in a sweltering, crowded subway car, hurtling toward a homeless shelter that will be my home for a while. It's run by Franciscan friars — the Friars of the Renewal, they call themselves. They are attempting to renew an ancient and honorable path to God.

I've long been intrigued by the Franciscans. In India, they were the only ones willing to provide an education to a young orphan I had taken under my wing. Later, back in the United States, I'd occasionally see the friars walking in downtown Washington, DC, with their brown hooded habits, looking like they'd just stepped out of another century. What little else I knew about them I liked: their quixotic spirit; their uncompromised Christianity that takes Jesus's words, especially the difficult ones, seriously. Not that Franciscans care much for verbiage. As their founder, Saint Francis of Assisi, famously advised: "Preach the Gospel at all times. Use words if necessary." And so the Franciscans do: owning nothing, feeding and housing the poor, and doing so not in secluded monasteries but in intensely urban settings, the sort of neighborhoods people like me only witness when we take a wrong turn or our car breaks down.

The Franciscan life strikes me as difficult, wholly impractical, and that is precisely why I find it so compelling. What sustains them, I wonder, and might this be the God for me? I sure hope so. My depression has metastasized, spreading from scattered bouts of melancholy to something deeper and more sustained. Again, I wonder if my search for God is making me more depressed, not less. Alan Watts warns of a "karmic reckoning" — that as you dig into your own muck, detritus from your past (past lives too) rises to the surface. A Christian friend told me essentially the same thing, though in more colorful language: "The closer you get to God, the more the devil wants to get you."

As the train clamors past 125th Street, I take a few deep breaths. I am on edge. Something about that place, the South Bronx, is important to me. The thread of pain began there. My father grew up in the Bronx, dirt-poor. When he was five years old, his father abandoned the family. Then he did the same when I was five years old. I feel like I'm traveling to the heart of some raw, ancestral wound and now, as the father of a five-year-old myself, one that has taken on greater urgency. Ancestry is not destiny, I tell myself, as the train pulls into my station.

Not only am I apprehensive about the South Bronx and what awaits me there, I'm also worried my ignorance might be exposed. Somehow I managed to reach middle age knowing precious little about the Testaments, Old or New. Ignorance of Buddhism is one thing but we are a Christian nation, demographically at the very least, and there's no excuse for biblical illiteracy.

I arrive in time for evening mass. It's led by Father Louis. He has a shaved head and grizzly beard. He looks less like a priest and more like a retired member of ZZ Top. Which is not that far from the truth. Father Louis, I'd later learn, is a former saxophone playing weight-lifting woman-chasing Wall Street executive and owner of a used-car dealership. He was, by his own admission, a very intense man. He has retained that intensity, only now it is channeled into the Gospel.

The chapel is small and simple with wooden floors, none of the gaudy ornamentation found in some Christian houses of worship. Up front, two candles flicker. One of the friars is playing a guitar, and playing it well. "We adore Jesus, like a girlfriend or a mother or a loved one," says Father Louis. "When you can tap into that love, torrents enter your life because you have opened a valve. Love like that can break down walls." Fingers to his lips, Italian-style, he adds, "It's a-nice," as if he were describing linguine Alfredo and not the divine love of Jesus Christ.

The Franciscans are a Catholic order, and I know nothing of the Catholic mass. Here I am again, among the devout, faking it. When everyone stands, I stand. When they sit, I sit. When they kneel, I kneel. When it comes time to cross ourselves, I fumble, my right hand flailing in various random directions. I must look like I'm having some sort of seizure. No one notices, or they do and are too Christian to say anything. Either way, I am grateful.

"Father, forgive them, for they know not what they do," Father Louis says, quoting Jesus's words on the cross. "I use that almost daily," he says, placing a worn leather Bible to his lips. Then he kneels, his bald head glistening. "We ask You to help us, to heal our minds, our bad thoughts, our addictions, our sinful inclinations." Guilty as always, I squirm slightly in my seat.

From the book Man Seeks God: My Flirtations with the Divine. Copyright 2011 by Eric Weiner. Reprinted by permission of Twelve/Hachette Book Group, New York, NY. All rights reserved.