Accessibility links
In Our Prime NPR coverage of In Our Prime: The Invention of Middle Age by Patricia Cohen. News, author interviews, critics' picks and more.

The Invention of Middle Age

A social history of the concept of middle age traces the period from when the term was first coined in the late 19th century through the present, offering insight into the current midlife generation's considerable influence as well as the biological, psychological and sociological factors shaping the midlife experience.

NPR stories about In Our Prime 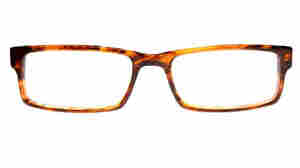 Excerpt: In Our Prime

Part I: The Invention Of Middle Age

If you travel up to the Munson-Williams-Proctor Institute in Utica, New York, you can see the four enormous river and landscape paintings in Thomas Cole's landmark 1842 series The Voyage of Life. Together, they depict the familiar metaphor of life as a journey through different stages: Childhood, represented by a plump infant; Youth, by an androgynous-looking teenager; Manhood, by a strapping, bearded figure; and Old Age, a seated, white-haired man of 70 or more. These four broad and vague categories, popularized in journals and schoolbooks in 18th and 19th century America, reflected the way that men and women then viewed themselves. The young have "vigor and firmness," an orator told the crowd at the 1825 groundbreaking for an Ohio canal, manhood is endowed with "strength and firmness" and old age "confers wisdom."[1] The elderly's insight and experience were all the more valuable given how few there were — 4 percent of the population was over 65 — like a white Bengal tiger amidst a streak of orange-and-blacks. Middle age did not merit a mention. It had not been invented yet.[2]

The absence may seem curious, but for early Americans the midsection of life did not seem worth discussing or formally labeling. "It appears, in fact, that they did not regard this interim period as distinctive at all," the historian John Demos has written. "Instead, the middle years represented for them simply the full flowering of human capacities. Someone in his thirties, forties, or fifties was a fully developed person — a norm against which childhood and youth, on one side, and old age, on the other, could be measured as deviations." [3]

Oh, one might hear the term "middle age," but it had no significance beyond a mere chronological measure. The notion that middle age would one day be a source of identity, shaping the way we envision our inner lives, view our family and professional obligations, and locate ourselves in the community and culture, would have been as alien to Cole as iPads and airplanes. Aging in his day was still conceived of primarily as a spiritual progression. In each of Cole's landscapes, an angel hovers above the traveler's boat on the River of Life, shining a light through blackened clouds during Man's rough sailing or closely guiding Old Age towards heaven, his eternal home. The idea of middle age — as a discrete category of development with unique characteristics and needs, or as a subject that merited reflection and analysis — followed the shift of authority away from faith and towards science. Cole would not have found essays on the topic in periodicals and books. Musicians, poets and novelists did not use their artistry to detail the aspects and effects of middle age. Correspondents and diarists did not generally write about being middle age in their letters or journals. Scholars did not devote years to its study. Advice manuals did not refer to behavior, clothes or activities that were appropriate for people in their middle years as opposed to any other time of life. There were no medicines, organizations, leisure activities, or treatments designed specifically for people in their middle decades. [4] The word "midlife" first appeared in the dictionary only in 1895, when Funk and Wagnall's defined it as "the part of life between youth and old age."[5]

As Howard Chudacoff concludes in his study of aging in America, How Old Are You?: "Before the 20th century, middle age was seldom considered as a separate time of life."

However much it may appear to be a Universal Truth or a fundamental law of nature like the Earth's rotation around the sun or the force of gravity, middle age is more like Pluto — a planet one day, a dwarf the next, as much of a manmade creation as polyester or the rules of chess. It is part of the story we spin about ourselves.

Today, a trillion-dollar economy feeds and fuels the needs, whims and desires of people in midlife. Vacations, brain exercises, beauty treatments, fashions, technology, financial plans, hearing aids (in designer colors) and drugs have been created specifically for them. Millions of federal and foundation dollars have been spent on scientific research into their habits, health, marriages, divorces, fears, and passions. College students can buy term papers about middle age for their psychology and sociology courses with a couple of mouse clicks. People in their middle decades are the subject of novels, songs, poems and operas, television series and films. Their concerns and counsel dominate the self-help shelves in bookstores, while their quotidian dramas flood Facebook and Twitter.

The term middle age conjures up a world of behaviors, attitudes and foibles that are considered appropriate for people over 40. What that world looks like depends on who is doing the conjuring: bureaucrats, doctors and scientists, philosophers, politicians, advertisers, novelists or filmmakers. Each tells the story of middle age differently. [6]

This book is about the idea of middle age told from these varied perspectives, from its invention in the late 19th century to its current place at the center of American society, where it wields enormous economic, psychological and social power. The French historian Philippe Aries pioneered the history of life stages with his seminal 1962 study, Centuries of Childhood. Analyzing language, fashions, paintings, furniture, playthings, laws, writing and more, he demonstrated how children had been perceived as miniature adults through most of Western history, and only gradually came to occupy a separate developmental perch and condition. The concept first took root among the aristocracy in the 16 and 17th centuries, he explained, spread through the upper precincts in the 18th century, and to the middle class in the 19th, but did not fully infiltrate the lower and working classes until the late 19th and early 20th centuries. Since Aries's landmark work on the invention of childhood, the single continuous stream of life has been subdivided into more and more individualized wading pools. Toddlers, tweens, adolescents, teenagers, the young-old and the old-old have each been roped off and labeled. Thousands of studies examining each grouping's distinctive features have followed.

Middle age, by contrast, has eluded close scrutiny. Its evolution as a singular stage in the life cycle occurred in the late 1800s, at about the same time that the American psychologist G. Stanley Hall identified adolescence as a separate phase of life that required specific educational handling (in newly created middle schools) and health care (eventually by doctors specializing in adolescent medicine). The entry of middle age into everyday consciousness accompanied the country's astonishing metamorphosis into an urban, bureaucratic and industrial world, when time and space seemed to shift and collapse as technological and scientific developments like the railroad, telegraph, and electric light altered the way people thought about and experienced the passing of the hours, and eventually the passing of the years. The idea was influenced by the exuberant growth of consumer capitalism, which extolled the young and new as a source of vitality, innovation and renewal at the expense of the old and familiar.

The meaning and nature of work changed for many men and women, expanding from the physical labor familiar to every bricklayer, seamstress, and joiner, to a service and managerial sector made up of accountants, educators, engineers and managers who were rapidly joining a larger, more affluent middle class. The unself-conscious mixing of generations that naturally occurred in rural homes, farms, schools, socials and churches was replaced by age-graded schools, civic associations and leisure-time amusements. The sense of a generational identity for people in their middle years spread through the new networks of communication, the miles of cable and scores of periodicals that connected the eastern part of the country with the west, the north with the south.

The rise of mass consumerism and self-help are essential players in middle age's story. Both are based on a particular view of humanity that spread in the 19th century: that individuals are self-directed, empowered and capable of positive transformation. The sense of being in control was a relatively new experience. In the colonial era, most people adhered to the Calvinist precept that salvation was predetermined. In the divine cosmos, humanity was no better than a wretched worm, wholly dependent on God's grace; piety was an individual's only option. The limits of a person's spiritual control paralleled the limits of his economic control. A farmer's son might follow in his father's footsteps or be apprenticed to a blacksmith or wheel wright. But a clear path leading from high school and college to a rich buffet of different careers, lifestyles and opportunities — in a word, choice — did not exist.

The decline of Calvinism in the first decades of the 19th century and the rise of evangelical Protestantism, with its emphasis on human effort, gave individuals a greater sense of mastery over their own spiritual fates at the same time political and economic changes were giving them more power over their material lives. The spirit of Protestant evangelism that underlay capitalism's advance also propelled the development of self-help. The campaign to improve and control one's life is essentially another name for what the literary critic Alfred Kazin called a revolutionary impulse, the "insistence on personal happiness."[7]

This individual pursuit of happiness helped to turn the self-help movement and mass consumption into two of the most powerful social forces of the 20th century. Salvation and perfection, once attained by aligning personal will with cosmic forces, could instead be achieved by aligning personal will with the market and technology. Faith in the perfectibility of man through his own efforts combined with the promise of the marketplace's transformative abilities have molded today's conception of what it means to be middle aged.

Together, these movements have helped create — to borrow President Eisenhower's phrase — a Midlife-Industrial Complex, a sprawling multifaceted economy that frequently depends on a negative view of middle age. Yet it is also a complex in the psychological sense, an emotional state of anxiety and insecurity fanned by businesses in order to sell all sorts of products and services.