One American Mother Discovers The Wisdom Of French Parenting

After becoming used to the stereotype of screaming, ill-tempered children, an American mother living in Paris was amazed at how well-behaved French children were. In this book she explains how parents can make their lives less stressful by taking some pointers from the French art of child-rearing.

NPR stories about Bringing Up Bebe 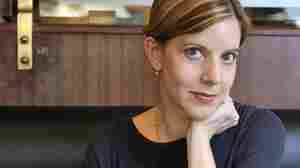 Pamela Druckerman is an American journalist and mother of three who lives in Paris. Benjamin Barda/ hide caption

February 12, 2012 • After American Pamela Druckerman had a daughter in France, she uncovered a surprising aspect of French life. Wherever she looked, the French seemed to be able to make their kids behave better than American children. Host Rachel Martin talks with Druckerman, whose new book is called Bringing Up Bebe. 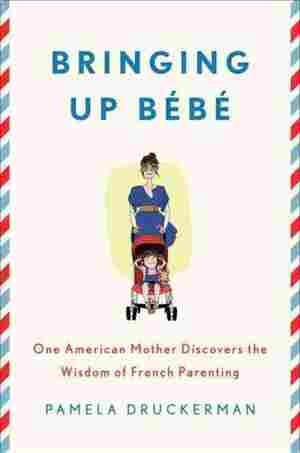 When Bean is 18 months old, my husband and I decide to take her on a little summer holiday. We pick a coastal town that's a few hours by train from Paris, where we live. And we book a hotel room with a crib. She's our only child, so forgive us for thinking: How hard could it be?

There's breakfast at the hotel. But we have to eat lunch and dinner at the little seafood restaurants around the old port. We quickly discover that two restaurant meals a day, with a toddler, should be its own circle of hell. For about a minute, Bean chews on a baguette. Then she starts spilling salt shakers, tearing apart sugar packets, and demanding to be sprung from her high chair so she can dash around the restaurant and bolt dangerously toward the docks.

Our strategy is to finish quickly. We order as we're being seated, then beg the server to bring out all our food at once. While my husband eats, I make sure that Bean doesn't get kicked by a waiter or lost at sea. Then we switch. We leave enormous, apologetic tips to compensate for the arc of torn napkins and fried calamari around our table.

On the walk back to our hotel we swear off travel, joy and ever having more kids. Life as we knew it eighteen months earlier has officially vanished.

After a few more meals, I notice that the French families all around us don't look like they're in hell. Strangely, they look like they're on vacation. Children the same age as Bean are sitting contentedly, eating fish and even vegetables. There's no shrieking. Everyone is having one course at a time. There isn't even an arc of debris around their tables.

These French kids are cheerful, chatty and curious. Their parents are affectionate and attentive. There just seems to be an invisible, civilizing force at their tables — and I'm starting to suspect, in their lives — that's absent from ours.

Once I start thinking about French parenting, I realize it's not just mealtime that's different. Why is it that at French playgrounds, I've never seen a child (except my own) throw a tantrum? Why don't my French friends rush off the phone because their kids are shouting? Why aren't their living rooms taken over by teepees and toy kitchens?

No one, not even the French, is making a fuss about all this. But quietly and en masse, French parents are achieving outcomes that create a whole different atmosphere of family life.