A profile of everyday life in the settlement of Annawadi as experienced by a Muslim teen, an ambitious rural mother and a young scrap-metal thief. The story illuminates the way their efforts to build better lives are challenged by religion, caste and economic tensions.

NPR stories about Behind The Beautiful Forevers 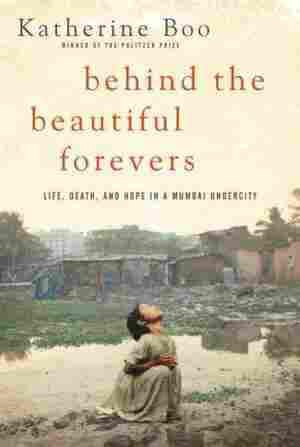 November 16, 2012 • Pulitzer Prize-winning journalist Katherine Boo spent more than three years in Mumbai's Annawadi slum. In her book Behind the Beautiful Forevers, she profiles people living in extreme poverty — right in the shadow of luxury hotels. On Wednesday, the book won the National Book Award for nonfiction. 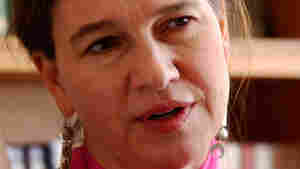 November 15, 2012 • The National Book Awards, announced Wednesday night, honored both longtime writers and new authors, from Louise Erdrich for her novel The Round House, to Katherine Boo for her debut nonfiction work, Behind the Beautiful Forevers. 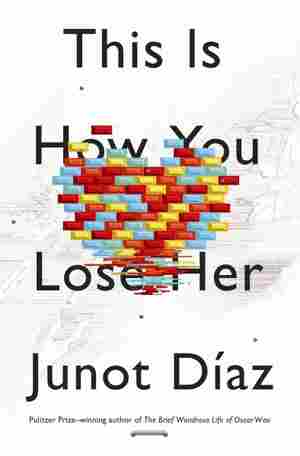 November 14, 2012 • What are the best of the books? NPR Books looks at this year's National Book Award nominees for fiction and nonfiction. These 10 books — which tell the stories of a young drug smuggler, lovable philanderers, holograms in the Saudi desert and more — inspired, informed and entertained readers. 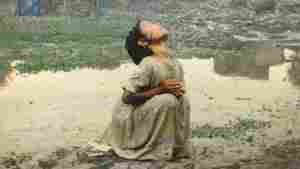 February 7, 2012 • Pulitzer Prize-winning journalist Katherine Boo chronicles the hardscrabble lives of some of Mumbai's poorest — and most inventive — people in her first book, Behind the Beautiful Forevers.

Excerpt: Behind the Beautiful Forevers

Midnight was closing in, the one-legged woman was grievously burned, and the Mumbai police were coming for Abdul and his father. In a slum hut by the international airport, Abdul's parents came to a decision with an uncharacteristic economy of words. The father, a sick man, would wait inside the trash-strewn, tin-roofed shack where the family of eleven resided. He'd go quietly when arrested. Abdul, the household earner, was the one who had to flee.

Abdul's opinion of this plan had not been solicited, typically. Already he was mule-brained with panic. He was sixteen years old, or maybe nineteen — his parents were hopeless with dates. Allah, in His impenetrable wisdom, had cut him small and jumpy. A coward: Abdul said it of himself. He knew nothing about eluding policemen. What he knew about, mainly, was trash. For nearly all the waking hours of nearly all the years he could remember, he'd been buying and selling to recyclers the things that richer people threw away.

Now Abdul grasped the need to disappear, but beyond that his imagination flagged. He took off running, then came back home. The only place he could think to hide was in his garbage.

He cracked the door of the family hut and looked out. His home sat midway down a row of hand-built, spatchcock dwellings; the lopsided shed where he stowed his trash was just next door. To reach this shed unseen would deprive his neighbors of the pleasure of turning him in to the police.

He didn't like the moon, though: full and stupid bright, illuminating a dusty open lot in front of his home. Across the lot were the shacks of two dozen other families, and Abdul feared he wasn't the only person peering out from behind the cover of a plywood door. Some people in this slum wished his family ill because of the old Hindu–Muslim resentments. Others resented his family for the modern reason, economic envy. Doing waste work that many Indians found contemptible, Abdul had lifted his large family above subsistence.

The open lot was quiet, at least — freakishly so. A kind of beachfront for a vast pool of sewage that marked the slum's eastern border, the place was bedlam most nights: people fighting, cooking, flirting, bathing, tending goats, playing cricket, waiting for water at a public tap, lining up outside a little brothel, or sleeping off the effects of the grave-digging liquor dispensed from a hut two doors down from Abdul's own. The pressures that built up in crowded huts on narrow slum lanes had only this place, the maidan, to escape. But after the fight, and the burning of the woman called the One Leg, people had retreated to their huts.

Now, among the feral pigs, water buffalo, and the usual belly-down splay of alcoholics, there seemed to be just one watchful presence: a small, unspookable boy from Nepal. He was sitting, arms around knees, in a spangly blue haze by the sewage lake — the reflected neon signage of a luxury hotel across the water. Abdul didn't mind if the Nepali boy saw him go into hiding. This kid, Adarsh, was no spy for the police. He just liked to stay out late, to avoid his mother and her nightly rages.

It was as safe a moment as Abdul was going to get. He bolted for the trash shed and closed the door behind him.

Inside was carbon-black, frantic with rats, and yet relieving. His storeroom — 120 square feet, piled high to a leaky roof with the things in this world Abdul knew how to handle. Empty water and whiskey bottles, mildewed newspapers, used tampon applicators, wadded aluminum foil, umbrellas stripped to the ribs by monsoons, broken shoelaces, yellowed Q-tips, snarled cassette tape, torn plastic casings that once held imitation Barbies. Somewhere in the darkness, there was a Berbee or Barbie itself, maimed in one of the experiments to which children who had many toys seemed to subject those toys no longer favored. Abdul had become expert, over the years, at minimizing distraction. He placed all such dolls in his trash pile tits-down.

Avoid trouble. This was the operating principle of Abdul Hakim Husain, an idea so fiercely held that it seemed imprinted on his physical form. He had deep-set eyes and sunken cheeks, a body work hunched and wiry — the type that claimed less than its fair share of space when threading through people-choked slum lanes. Almost everything about him was recessed save the pop-out ears and the hair that curled upward, girlish, whenever he wiped his forehead of sweat.

A modest, missable presence was a useful thing in Annawadi, the sumpy plug of slum in which he lived. Here, in the thriving western suburbs of the Indian financial capital, three thousand people had packed into, or on top of, 335 huts. It was a continual coming and going of migrants from all over India — Hindus mainly, from all manner of castes and subcastes. His neighbors represented beliefs and cultures so various that Abdul, one of the slum's three dozen Muslims, could not begin to understand them. He simply recognized Annawadi as a place booby-trapped with contentions, new and ancient, over which he was determined not to trip. For Annawadi was also magnificently positioned for a trafficker in rich people's garbage.

Abdul and his neighbors were squatting on land that belonged to the Airports Authority of India. Only a coconut-tree-lined thoroughfare separated the slum from the entrance to the international terminal. Serving the airport clientele, and encircling Annawadi, were five extravagant hotels: four ornate, marbly megaliths and one sleek blue-glass Hyatt, from the top-floor windows of which Annawadi and several adjacent squatter settlements looked like villages that had been airdropped into gaps between elegant modernities.

"Everything around us is roses" is how Abdul's younger brother, Mirchi, put it. "And we're the shit in between."