One Thousand Streams of Blackness

A collection of essays authored by a diverse range of innovative thinkers that discusses the roots and current state of the aesthetic of "cool" as it relates to African Americans, from jazz musicians to fashion designers and even pop singer Rihanna. 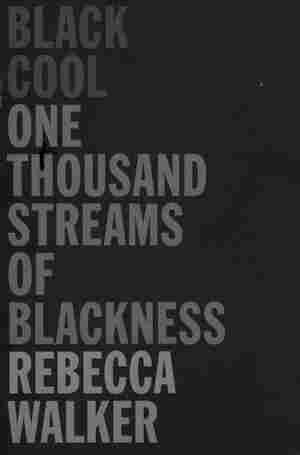 In 1981, I got my first pair of Nike shoes. It was around this same time I learned that I was "Black." At the time, I saw no connection between the two. I was only five years old, and statistically more likely to be dead or in jail by twenty-one than to be in college. But I didn't know anything about that; I just knew that I liked the color blue. So when my mom got me blue canvas shoes with blue suede patches at the toe and heel and white leather Swooshes on both sides, I just stared at them in amazement. Something about them was special.

Though I asked a lot of questions in those days, I never asked my mother what being "Black" meant, even though I was becoming more aware daily that I was branded with that label, too. In retrospect, I doubt she could have explained that, either. At that age, I didn't yet see the connection between getting my first label and discovering my racial label. I was unaware of advertising, semiotics, peer pressure, cool, or even racism. Now I marvel at the depth of the significance of my childhood fascination with a simple visual symbol, so cool that it motivated a generation to be its flag bearers.

There's no way to prove it, but I would argue that almost every urban American child from the 1980s remembers the first time he or she heard of Michael Jordan or his shoes. I will never forget when I first saw them: Nike's Air Jordans. It was 1985, and my mother and I were at a Foot Locker in a New Jersey mall. All I can remember thinking was, Wha . . . ?! How could they make such a shoe? They were high-top sneakers with a drawing of a winged basketball on the back and Nike Swooshes on each side. As if the style were not cool enough, the store display rocked my nine-year-old world with a giant poster of a Black man wearing the red shoes, frozen in midair! With echoes of Michael Jackson's moonwalk in my mind, I marveled, They can make you fly! Just like that, I'd been indoctrinated into the cult of cool.

Each year, when the new model of Air Jordans was introduced, every Black kid I knew, rich or poor, was trying to get those "sneaks." A crisp, clean pair of brand-spanking-new Air Jordan sneakers was a supreme status symbol for anyone who wanted to be cool and "down with the streets." One kid could be heard saying to another, "Yo! Did you see the new Jordans? Them joints is fly, yo!" A typical response would be "Yeah, man, I got them on layaway" or "They're fresh, but I still like last year's better!" The latter was code for "my mom can't afford them."

The average outsider looking around the projects or a dilapidated inner-city neighborhood might not even have imagined that teenagers were wearing shoes that cost nearly the equivalent of an entire month's rent. The visitor might have wondered, Why not trade the shoes in and move to a better neighborhood? But that would have defeated the purpose of buying the shoes. The point was to be in the concrete jungle and dress like a million bucks. That defiance was the essence of Black cool. It was one way for poor youth to defy the weight and gravity of their social class.

Cultural critic Michael Eric Dyson points to the origin of this inner-city consumer craze: "Madison Avenue sends the message to acquire material goods at any cost, and that chant is piped into Black urban centers where drugs and crime flourish." Dyson asserts, "Black youth learn to want to 'live large,' to emulate capitalism's excesses on their own turf. This force drives some to rob or kill in order to realize their economic goals." The wealth and success of Black athletes, entertainers, and certain successful criminals upped the ante for the average young Black male, who wanted to show the world that he was valuable. Exhibiting the "look" of wealth and power (e.g., gold chains, leather jackets, luxury cars — or anything else the market deemed valuable) was integral.

Nike's greatest success in elevating its shoes to larger-than-life status came with the pairing of Michael Jordan and Spike Lee in the "It's gotta be the shoes!" television and print ad campaign of the late 1980s and early 1990s. In the commercials, directed by Lee, he reprises his ultra-dorky wannabe, Mars Blackmon, from the 1986 film She's Gotta Have It. In the ads, Mars is infatuated with Jordan's superhuman basket- ball talent and how everything (even women) seems to come to MJ so easily. Unable to fathom that Jordan could achieve that much success based on his own merit or cool, Blackmon draws his own conclusion: "It's gotta be the shoes!"

These commercials garnered street credibility by featuring two prominent and inventive Black males debating the powers of a specific product. The product in these ads alternates between Black-male prowess and the shoes. Jordan epitomizes all that is virtuous in a young Black man, while the scrawny, hyperactive, big-square-glasses-wearing Lee is the antithesis of sex appeal, talent, and cool. He makes un-abashed appeals to the camera: "Is it the shoes? Is it the extra-long [Nike] shorts? Come on, money, it's gotta be the shoes!" Cultural historian Paul Gilroy has a more critical reading:

[The characters are] revealed as emissaries in a process of cultural colonization, and Mars Blackmon's afterlife as a Nike advertisement is the most insidious result. Through that character above all, Lee set the power of street style and speech to work not just in the service of an imagined racial community but an imaginary Blackness which exists exclusively to further the interests of corporate America.

As Gilroy charges in his critique, this campaign blatantly displays how black vernacular English (aka Ebonics) and hip- hop signifiers are appropriated in the mainstream marketing of consumer goods. With a hip-hop beat as the soundtrack and Mars Blackmon's B-boy attitude and gold medallion, what Nike is actually selling is thinly veiled. The dorky little thug has all the accoutrements of cool, but he knows he can't really attain authentic coolness (Blackness, in this case) without the symbol of Jordan's power — his shoes. Goldman and Papson find that "it is a strange paradox that the realer the talk that is appropriated, the more the act of appropriation ends up romanticizing resistance and turning it into style."

This was the secret to selling cool to Black folks: Impose the dream on the thing and have them continue to strive for it. Impose the image of freedom on the label and have them brand themselves. Cool was sold to me at five years old, at nine, at thirteen, and time and time again through numerous ads, displays, and commercials that reached my peers, too, their bodies branded with labels that seemingly gave them the power of cool.

To my dismay, I found myself more akin to Mars than to MJ. To make matters worse, the red "magic slippers" didn't work for me. I remained earthbound and Air Jordan–less, with no real athletic talent. Not like my cousin Songha; the shoes worked for him. He was a senior, had varsity letters in five sports, was on the honor committee, and led the multi- cultural forum at our school, Episcopal High School in Alexandria, Virginia, the alma mater of John McCain.