One Woman's Fight to Lead Afghanistan Into the Future

by Fawzia Koofi and Nadene Gourhi

After she was born, Fawzia Koofi, the 19th daughter of a local village leader in rural Afghanistan, was left to die in the sun by her mother. Against all odds, Koofi survived and went on to become Afghanistan's first female deputy speaker of Parliament. She shares her story in a memoir that's punctuated by a series of letters she wrote to her own two daughters in which she describes the future and freedoms she hopes they and all of Afghanistan's women might one day enjoy.

NPR stories about The Favored Daughter 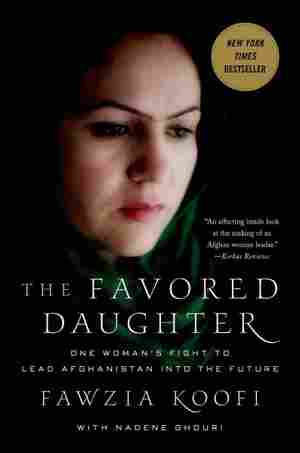 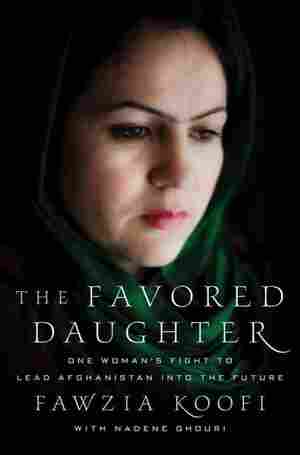 A 'Favored Daughter' Fights For The Women Of Afghanistan

February 22, 2012 • Fawzia Koofi almost died on the day she was born, but survived against all odds and became the first female deputy speaker of Afghanistan's parliament. Koofi plans to run for president in two years, and in a new memoir, describes her hopes for the country's future.

The morning I wrote the letter that begins Chapter 1, I was due to attend a political meeting in Badakhshan, the province of Northern Afghanistan that I represent as a member of the Afghan parliament. Badakhshan is the northernmost province of Afghanistan, bordering both China and Takjikistan.

It is also one of the poorest, wildest, most remote, and culturally conservative provinces in all of Afghanistan.

Badakhshan has the highest rate of maternal mortality and child mortality in the entire world, due in part to its inaccessibility and crippling poverty, but also in part to a culture that sometimes puts tradition ahead of women's health. A man will rarely seek hospital treatment for his wife unless it's clear she won't survive otherwise. With childbirth, this often means a woman may undergo three or four days of agonizing labor. By the time she reaches a hospital — often on the back of a donkey after traveling over rocky mountain tracks — it is usually too late to save both mother and child.

On the day I wrote the letter I was warned not to travel because there had been a credible threat that the Taliban planned to kill me by planting an improvised explosive device (a roadside bomb) underneath my car. The Taliban dislike women holding such powerful positions in government as I do, and they dislike my public criticisms even more.

They often try to kill me.

Recently they have tried even harder than usual to murder me, threatening my home, tracking my journeys to work so they can lay a bomb as my car passes, even firing on a convoy of police vehicles that was supposed to protect me. One recent gun attack on my car lasted for 30 minutes, killing two policemen. I stayed inside the vehicle, not knowing if I would be alive or dead when it was over.

I know the Taliban and those others who seek to silence me for speaking out against corruption and bad leadership in my country will not be happy until I am dead.

But on this day I ignored the threat. I have ignored countless similar threats, because if I didn't, I could not do my job.

But I felt the threat. I always feel it. That's the very nature of threat, and those who threaten know that.

I awoke my eldest daughter, Shaharzad, who is twelve, at 6:00 a.m. and told her that if I didn't come home from this trip in a few days, she was to read the letter to her ten-year-old younger sister, Shuhra. Shaharzad's eyes, full of questions, met mine. I placed my finger to her lips and kissed her and her sleeping sister on the forehead as I quietly left the room and closed the door.

I regularly tear myself away from my children to do my work, despite knowing I might well be murdered. But my job is to represent the poorest people of my nation. That purpose, along with raising my two beautiful daughters, is what I live for. I could not on that day, and will not ever, let my people down.

From The Favored Daughter: One Woman's Fight to Lead Afghanistan into the Future by Fawzia Koofi with Nadene Ghouri. Copyright 2012 by Fawzia Koofi. Excerpted by permission of Palgrave Macmillan.