A retelling of the Watergate scandal from the perspectives of seven of its perpetrators and investigators illuminates the drama and high comedy of the Nixon presidency. 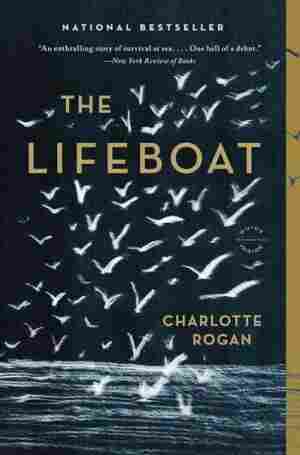 Jan. 7-13: Haiti, Watergate, The Universe And 'Religion For Atheists' 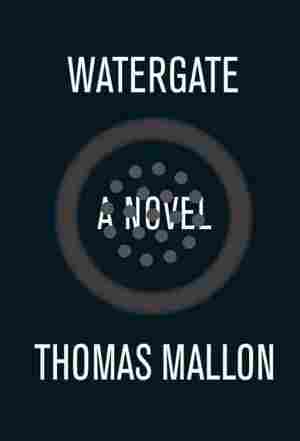 February 25, 2012 • In his latest novel, Thomas Mallon takes a fresh look at the scandal that brought down the Nixon administration, re-imagining it through the eyes of the cast of characters involved.

February 22, 2012 • Thomas Mallon's new novelization of the infamous political scandal re-imagines the events through the eyes of the perpetrators. Critic Heller McAlpin says Mallon manages to capture both the metastasizing dishonesty and the ludicrousness of this great American tragedy of political ambition run amok.

In her room inside the czar's apartments, Pat Nixon, jet-lagged at 4:30 a.m., lay awake and looked toward a crack in the velvet curtains. The White Nights wouldn't really come for another month, and Moscow wasn't Leningrad, but the glow outside had nothing to do with dawn. It was the same strange silvery light that had persisted all night and been shining even when the state dinner ended at ten- thirty. The sky reminded her, oddly enough, of the ones she used to walk beneath in the Bronx on rainy autumn twilights back in the early thirties, looking south toward Manhattan. She'd leave the X-ray machine she'd tended all day and, with her coat pulled tight and never more than a dollar in her pocket, head down Johnson Avenue in search of dinner, often just a slice of apple pie and coffee. She could no longer remember the names of the nuns she'd lived with atop the TB hospital, but could still recall what she would think while walking on nights that looked like this one: Maybe I won't try to get back to California; maybe I'll seek my life right here.

She wondered whether Mrs. Khrushchev, now a widow, still lived in the dacha she and Dick had lunched at back in '59. There was probably no more chance of her having been allowed to keep it than there had been of her being at the dinner tonight. When Pat had raised that second possibility with Kissinger, he'd pompously informed her that it was out of the question, and that she should be grateful for the political progress signified by Nikita Khrushchev's having been merely retired instead of shot.

What a show Mrs. K had made, a dozen years ago, of not trying on the hat that Pat and the other ladies had presented her with at a luncheon in Washington, when the Khrushchevs returned the Nixons' visit to Russia. She'd said she would accept the hat only so that back home it could be copied for the masses of Soviet women! Oh, put it on, dear, they'd all cajoled, and they eventually did succeed in raising a smile from her plump face. But, no, they never saw her try it on.

The Soviets had certainly never given up any of the swag in this room. Pat decided she might as well get up, put on the lights, and give it another look instead of just lying here staring at the curtains and gold- leaf ceiling. But on her way to the mosaic table, the one supporting the beautiful French clock, she stumbled over an extension cord left by Rita, her hairdresser, who'd fought a losing battle with the different voltage until two young men from Kissinger's staff got the dryer going just before they were all due downstairs for the first toasts. Was Rita — across the courtyard in the block of rooms supposed to be full of ramshackle Communist-era furnishings — getting any more sleep than she was? Poor Bill Rogers wasn't even inside the Kremlin; he'd been put in some hotel a few minutes away, no doubt from Kissinger's continuing need to keep the secretary of state in his place and away from the real action.

It bothered her that Dick encouraged all that, especially if he did it not for some strategic reason but out of resentment left over from their six years in New York, when Bill and Adele would invite the Nixons out to "21" and give the impression — at least to Dick — that the Rogerses were doing them a favor. Pat herself had never seen it that way. She remembered those evenings, as well as the law firm's partner dinners from that same all-too-brief time in her life, as being more agreeable than all the political entertainments in the years before and after.

Even Martha, for a while, had been fun.

How Rose Woods would love this room: all the figurines and bibelots, the kind of stuff she filled her little place at the Watergate with, those frilly knockoffs amidst the real little gems she got from Don Carnevale, her very safe escort from Harry Winston.

She heard voices coming from the courtyard below, bouncing up off the paving stones. Dear God, it was — Dick. She parted the curtains and saw him down there in a windbreaker and slacks, walking with Bill Duncan, their favorite Secret Service man, and she thought back to the mad night two years ago when he'd gone to the Lincoln Memorial, at about this hour, with almost nobody but Manolo and some aide of John Ehrlichman's. To talk with the "demonstrators." And a fat lot of credit he'd got for making the effort.

She thought of the people who'd come out to greet them this afternoon, trying to catch a glimpse of the limousine. You could scarcely see them, kept back as they were a block or more from the path of the car, but you could hear them, buzzing and cheering, interested in the whole thing, hoping for something to come out of it — whereas back home the only crowds you could gather for politics were the angry, filthy kids and their teachers. Would those same protesters now grudgingly admit that the "warmonger" was really a peacemaker? No, of course not.

She could see Dick now, staying two steps ahead of Duncan, lost in thought until he'd turn around and say something, half from politeness and half from the need to hold forth. And then, after he spoke a couple of sentences, he'd break away and go it alone for another fifty feet, starting the cycle again. For all his need of an audience, he was happier alone. She remembered him just like this on their wedding day, June 21, 1940. She'd looked out the window of the Mission Inn and spotted him pacing the courtyard, a nervous groom, an hour before the ceremony. The birds had been singing in the branches as she stood there in her lace suit from Robinson's department store and watched him without his knowing it. Money had been so much on both their minds: his mother had made the cake; his brother had picked her up and brought her to Riverside to save the cost of a hired car.

Next month, June, would be their anniversary. What would Rose be buying for him to give her? Once this trip was over and the two women had a quiet moment together, she'd have to start dropping hints. Dick had lately been making all this odd conversation about a "dynasty." David would run for Congress from Pennsylvania; or maybe Julie would. And both Eds, his son- in- law and much younger brother, would find open seats in New York and Washington state. This fantasy was new, another one agitated into life by too much concentration on the Kennedys. She herself never inclined to the long view.

Julie had taken to asking when she would have her portrait for the White House painted. "When I can find the time" was her usual answer, easier than saying what she really thought: that sitting for it in the first term would be bad luck.

She could hear Dick's voice growing fainter. Poor Bill Duncan would be relieved when his boss decided to go back to bed. Maybe she, too, was at last ready for sleep; if she got lucky, she would drift off for a couple of hours before breakfast.

She closed the curtains and undid the long belt of her wrapper, jumping in fright when her hand brushed, and nearly knocked over, a porcelain figure on the largest chest of drawers. No harm done, thank God. Everything, the whole world, really, was so fragile. Only yesterday there had been that horrible newspaper picture of the man attacking the Pietà with a hammer.

She knew from long practice that she could, by sheer force of will, banish such an awful image from her mind. As she closed her eyes, she did just that.