After being interrogated by the Department of Homeland Security after a major terrorist attack on San Francisco, Marcus is released into what is now a police state and uses his expertise in computer hacking to set things right. 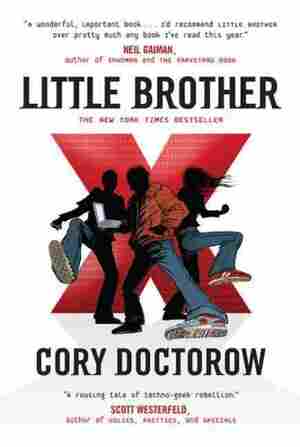 3 Books That Watch Your Every Move 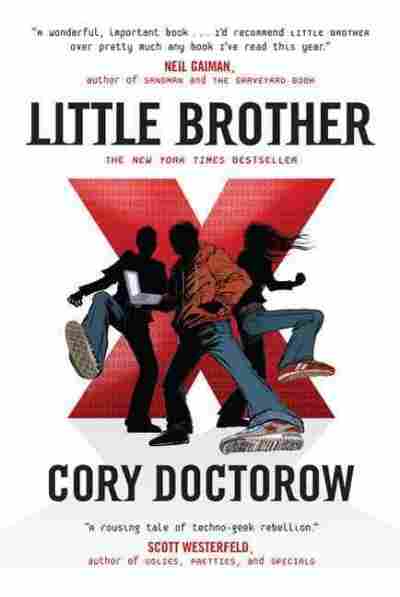 Iâ€™m a senior at Cesar Chavez, High in San Franciscoâ€™s sunny Mission district, and that makes me one of the most surveilled people in the world. My name is Marcus Yallow, but back when this story starts, I was going by w1n5t0n. Pronounced "Winston."

Not pronounced "Double-you-one-enn-five-tee-zero-enn"â€" unless youâ€™re a clueless disciplinary officer whoâ€™s far enough behind the curve that you still call the Internet "the information superhighway."

I know just such a clueless person, and his name is Fred Benson, one of three vice-principals at Cesar Chavez. Heâ€™s a sucking chest wound of a human being. But if youâ€™re going to have a jailer, better a clueless one than one whoâ€™s really on the ball.

"Marcus Yallow," he said over the PA one Friday morning. The PA isnâ€™t very good to begin with, and when you combine that with Bensonâ€™s habitual mumble, you get something that sounds more like someone struggling to digest a bad burrito than a school announcement. But human beings are good at picking their names out of audio confusionâ€"itâ€™s a survival trait.

"Report to the administration office immediately."

My social studies teacher, Ms. Galvez, rolled her eyes at me and I rolled my eyes back at her. The Man was always coming down on me, just because I go through school firewalls like wet kleenex, spoof the gait-recognition software, and nuke the snitch chips they track us with. Galvez is a good type, anyway, never holds that against me (especially when Iâ€™m helping get with her webmail so she can talk to her brother whoâ€™s stationed in Iraq).

My boy Darryl gave me a smack on the ass as I walked past. Iâ€™ve known Darryl since we were still in diapers and escaping from play-school, and Iâ€™ve been getting him into and out of trouble the whole time. I raised my arms over my head like a prizefighter and made my exit from Social Studies and began the perp-walk to the office.

I was halfway there when my phone went. That was another no-noâ€"phones are muy prohibido at Chavez Highâ€"but why should that stop me? I ducked into the toilet and shut myself in the middle stall (the farthest stall is always grossest because so many people head straight for it, hoping to escape the smell and the squickâ€"the smart money and good hygiene is down the middle). I checked the phoneâ€"my home PC had sent it an email to tell it that there was something new up on Harajuku Fun Madness, which happens to be the best game ever invented.

I grinned. Spending Fridays at school was teh suck anyway, and I was glad of the excuse to make my escape.

I ambled the rest of the way to Bensonâ€™s office and tossed him a wave as I sailed through the door.

"If it isnâ€™t Double-you-one-enn-five-tee-zero-enn," he said. Fredrick Bensonâ€"Social Security number 545â€"03â€"2343, date of birth August 15 1962, motherâ€™s maiden name Di Bona, hometown Petalumaâ€"is a lot taller than me. Iâ€™m a runty 5'8", while he stands 6'7", and his college basketball days are far enough behind him that his chest muscles have turned into saggy man-boobs that were painfully obvious through his freebie dot-com polo shirts. He always looks like heâ€™s about to slam-dunk your ass, and heâ€™s really into raising his voice for dramatic effect. Both these start to lose their efficacy with repeated application.

"W1n5t0n," he said, spelling it out again. He gave me a hairy eyeball and waited for me to wilt. Of course it was my handle, and had been for years. It was the identity I used when I was posting on message boards where I was making my contributions to the field of applied security research. You know, like sneaking out of school and disabling the minder-tracer on my phone. But he didnâ€™t know that this was my handle. Onl