Looks at the 19th-century clash between the Polynesian people and the expanding capitalist powers of America, Britain and France, centering on Lili'uokalani, the last queen of Hawaii. 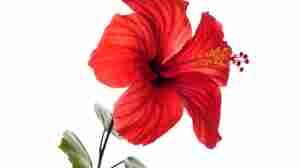 February 26, 2012 • Hawaii is the only U.S. state to have once been an independent monarchy. Its last queen, Lili'uokalani, fought the influence of the white sugar planters who controlled most of the islands. But they managed to overthrow her and annex Hawaii to the United States in 1898. 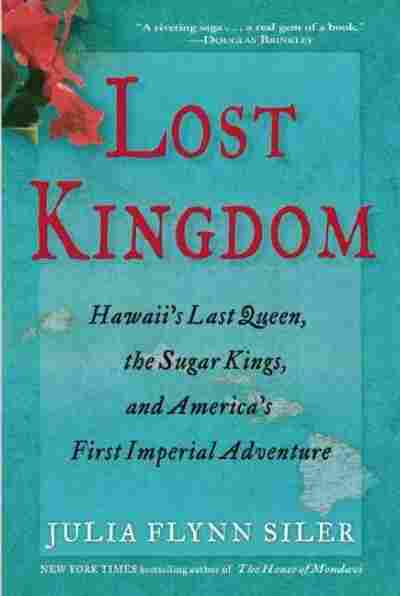 She walked down the palace steps toward a horse-drawn carriage.

Four footmen in white knee breeches carried the train of her lavender silk gown. She was fifty-four years old and strands of silver ran through her black hair. Despite her many sorrows, Hawai'i's queen walked with dignity. On that January day in 1893, she was determined to right a wrong.

Lili'uokalani, the reigning monarch of the Hawaiian kingdom, belonged to an ancient line of chiefs. Long before her birth, perhaps around the time Constantine ruled the Roman empire, her ancestors had paddled double-hulled canoes from Polynesian settlements thousands of miles across the heaving swells of the Pacific. Using the stars to navigate, they settled on a remote chain of volcanic islands they called Hawai'i.

For more than fifteen hundred years they lived there unbeknownst to Westerners, passing along their understanding of the world through chants, hula, a form of storytelling. But on January 18, 1778, when the queen's great-great-grandfather was a high chief, two sloops from the British navy appeared on the horizon. Commanded by the explorer James Cook, the ships' sailors shattered the splendid isolation of the Hawaiians, bringing deadly diseases, liquor, and firearms.

A few decades later Christian missionaries arrived, bringing the word of a new god and the printing presses to spread it. Wood frame houses arose alongside grass huts: the once languid capital Honolulu became a riotous port town, filled with whalers, roustabouts, and sailors of every nationality. By the time Lili'uokalani reached adolescence Hawai'i had adopted a declaration of rights, a constitution, a national legislature, and a public education system and had accepted the Western concept of private property.

The world rushed into Honolulu through its harbor. Newcomers founded the kingdom's banks, its steamship lines, and many of its newspapers. Some former missionaries and their descendants became businessmen and soon began demanding greater say in the kingdom's government. Foreigners brought the wider world to Hawai'i. But they also threatened to subsume the traditional livelihood, language, and culture of native Hawaiians.

Lili'uokalani herself spanned the worlds of both ancient Hawai'i and the West. Born in a grass house, she lived as queen in an ornate palace illuminated by electric lights, installed four years before the White House's in Washington, D.C. Educated by missionaries alongside other high chiefs' children, she spoke and wrote fluent English and Hawaiian, along with a smattering of French, German, and Latin. She also had traveled across the United States and halfway around the globe to England.

She ruled over a kingdom that was independent but tiny. Just eight inhabited islands surrounded by thousands of miles of Pacific Ocean, Hawai'i was one of the most remote places on earth. When Cook arrived the native Hawaiians numbered 300,000 to 400,000. In the 1890 census, the kingdom's entire population was 89,990, less than a third of San Francisco's, which at nearly 300,000 people was the largest city on America's west coast. As the mighty nations of the day, which were surging west in search of new markets, Lili'uokalani's island kingdom was isolated and virtually defenseless. It became a stopover where traders provisioned their ships on their way between North America and Asia.

As she left the palace to step into her carriage, Lili'uokalani cast off the subservience that she had learned as a sweet-faced girl from her missionary teachers. On that day, Saturday, January 14, 1893, Hawai'i's queen planned to substitute a new constitution for the one forced upon her brother several years earlier, which had turned Hawai'i's monarch into a mere figurehead. Now she aimed to reclaim power for the throne and her people.

Beneath cloudless skies she left the palace. Cannons boomed as the royal carriage rolled toward the legislature. She expected the day to be one of the most triumphant in her two-year-reign, if all went as planned.

But that very morning the USS Boston, a warship based in the islands with special orders to protect U.S. interests, steamed into Honolulu harbor. Aboard was the United States envoy to the islands, a tireless advocate of American expansionism. Unbeknownst to Hawai'i's queen, a small group of conspirators, backed by the envoy, was plotting to wrest her away from the throne.

With its fragrant ginger blossoms and mist-swathed mountains, the independent nation of Hawai'i was the reluctant bride in a contest among three suitors –America, Great Britain, and France. During the nineteenth century each at times had sought to expand its influence in the Pacific by controlling the islands, a key stopover in the trade route between North America and Asia.

By 1893 a mounting threat to Hawai'i's independence had also come from within: powerful white sugar planters and merchants sought relief from an economic depression by pushing to annex the islands to the United States, the primary market for Hawaiian sugar. Already, they'd almost completely transformed Hawai'i's economy. For decades, vast sugar plantations had been subsuming the patchwork of taro fields and fish ponds that had long sustained native Hawaiians. This chain of verdant volcanic islands had been harnessed into a sugar-producing powerhouse, in which a small group of white planters controlled four-fifths of the islands' arable land.

A German-American named Claus Spreckels was the most aggressive of those sugar barons. Unlike the missionary descendants turned businessmen, Spreckels was loyal to profits above God or country. He dominated Hawai'i's sugar industry and became the kingdom's chief moneylender, entangling Lili'uokalani's predecessor, her brother, King Kalākaua, in many of his schemes.

Spreckels, who was known as the Sugar King, was just one of a long line of entrepreneurs and adventurers who sought their fortunes in Hawai'i. He favored the islands' continued independence to protect its planter-friendly labor laws. On the mainland he was not involved when a zealous group of white lawyers and businessmen took the next step. They formed a secret Annexation Club a year earlier, which hoped to push Hawai'i into America's arms. These machinations set the stage for a brutal clash between a relentlessly expanding capitalist empire and a vulnerable Polynesian island kingdom.

Packed into a one-story armory in downtown Honolulu two days after the queen's attempt to introduce a new constitution, a crowd of roughly a thousand white men were electrified by Lorrin Thurston, a passionate, dark-eyed lawyer whose parents had arrived with the first company of missionaries to the islands. As a founder of the Annexation Club, he spoke in a booming voice that reached the back of the hall, asking, "Has the tropic sun cooled and thinned our blood, or have we flowing in our veins the warm, rich blood which makes men love liberty and die for it?"

Thurston sought out the American minister, who had already sent a message to the commanding officer of the USS Boston. A few hours later at 5 p.m. on January 16 the warship's commander ordered the landing of 162 American sailors and marines onto the nearly deserted streets of Honolulu.

The queen was then at the palace, just a few blocks from the Honolulu harbor. Hearing the beat of the American military drums, she stepped onto the veranda and watched from above as the troops marched from the harbor. As they kicked up dust in the unpaved streets, she could see they were heavily weighed down with double belts of cartridges.

The sun sank and the skies over Honolulu darkened. The blue- jacketed sailors approached the palace. Beneath the town's newly installed electric streetlamps, Lili'uokalani could see them pushing a revolving cannon and a fearsome Gatling gun, equipped with 14,000 rounds of ammunition that could rip through a large crowd. Following their movements in the streets she was frightened. Why had the troops landed when everything seemed at peace?

The air was heavy with the scent of gardenias. Mosquitoes were drawn to the sweat of the blue-jacketed sailors. As the troops marched past the palace grounds, accompanied by drum rolls, they hoisted their rifles to their shoulders and seemed to point them in the queen's direction.

Were their weapons drawn and ready to fire, as Lili'uokalani later recalled? Or were they merely signaling their respect for Hawai'i's queen by marching past and beating the drums in a royal salute, as one of their commanding officers later insisted?

Whatever their intention, this brash display of military power ignited a crisis that would alter the course of American history.

The landing of U.S. Marines in 1893 came after decades of tension between Hawaiians and the West. The events leading up to it are passionately debated even today among legal scholars, Hawaiian rights activists, and historians. It is the crux of the story of how Hawai'i became part of the United States and it is at the heart of the racial conflict that still tears at the state that bore America's forty-fourth president.

Until recently, American history textbooks have largely overlooked how a small group of businessmen, many of whom were descendants of early Christian missionaries to the islands, managed to overthrow a sovereign kingdom. Most tourist guidebooks simply note the historical curiosity that Hawai'i was once an independent nation, boasting the only former royal palace on American soil.

Yet a glance at the state's newspapers today makes clear that many of the families and firms behind Queen Lili'uokalani's overthrow more than a century ago still wield power in Hawai'i. Vast fortunes accrued to some of them in the years after the overthrow. What happened to the Kingdom of Hawai'i was one of the most audacious land grabs of the Gilded Age, in which 1.8 million acres of land now worth billions of dollars was seized from native Hawaiians and claimed by American businessmen.

It was also the first major gust in a brewing storm of American imperialism, occurring just before U.S. troops took control of Cuba during the Spanish-American War, conquered the Philippines, and turned Guam and Puerto Rico into U.S. territorial possessions. As Americans gained a new belief in their manifest destiny around the globe, Hawaiians lost their country, the first sovereign nation to become a casualty of America's imperial outreach.

The queen stood watching the troops, facing an impossible dilemma.

Should she remain "civil," risking her overthrow and the surrender of native Hawaiian culture and sovereignty? Or should she order the troops under her command—outnumbering the Boston's force by nearly four to one – to fight back?

To do so risked inciting the slaughter of a race of people that was already disappearing, decimated over the years by smallpox, syphilis, and measles. Epidemics had carried away tens of thousands of native Hawaiians, who had little resistance to the deadly viruses that swept regularly through the islands. If her people fought off the Americans, would the British, French, or possibly even the Japanese swoop in to replace them?

What should she do?