Accessibility links
The Strongman NPR coverage of The Strongman: Vladimir Putin and the Struggle for Russia by Angus Roxburgh. News, author interviews, critics' picks and more.

Vladimir Putin and the Struggle for Russia

Draws on firsthand accounts in a portrait of Russia under the leadership of Vladimir Putin that considers how the nation has not been the democratic ally hoped for by the West, offering insight into Putin's political history and his aspirations for a post-Communist Russia.

NPR stories about The Strongman 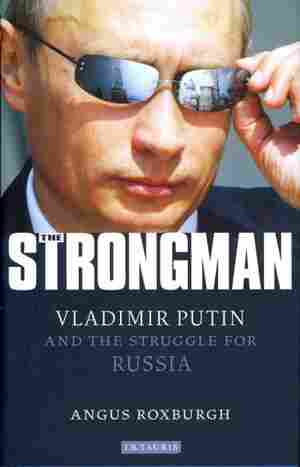 February 28, 2012 • Angus Roxburgh, a British journalist who has been covering Russia for more than two decades, offers a new look at the enigmatic Russian leader in The Strongman: Vladimir Putin and the Struggle for Russia.

It was Saturday 21 October 2006. The last, yellowing leaves were falling from the birch trees outside Putin's window at his country residence, Novo­Ogaryovo. It was cold and raining. He was already in a foul mood. The previous day he had attended a summit with 25 European Union leaders in Lahti, Finland. It was supposed to be an 'informal' meeting, a cosy gathering with no set agenda or agreements to be signed, but nonetheless he had had to listen to a litany of complaints — about the murder of Anna Politkovskaya, about his government's attempts to squeeze Shell out of the multi­billion­dollar Sakhalin­2 project, about Russia's unreliability as an energy provider, and about Georgia.

The Europeans explained that they were keen to build a close partnership with Russia's southern neighbour and deplored the sanctions recently introduced by the Kremlin.

But Putin expounded at some length his view that President Saakashvili was hell­bent on regaining the breakaway regions of Abkhazia and South Ossetia, and warned them that this would lead to bloodshed. Only his friend Jacques Chirac supported him, telling the others that relations with Russia were more important than Georgia.

It was the middle of the night before Putin got home. On Saturday afternoon he called his 11 most powerful colleagues — his Security Council — to his residence. He told them about his uncomfortable meeting with the EU leaders, and they considered their options in Georgia. Putin also had an appointment with the US secretary of state, Condoleezza Rice, who was waiting at her hotel in Moscow, but he was not looking forward to it. 'He didn't feel like meeting her,' one of his close aides recalls, 'but he knew he had to.'

Rice was wondering why their meeting was so delayed. 'Usually he saw me right away, unless he wanted to make a point,' she said later.

After their working session the members of the Security Council drove to a nearby government lodge — a baronial-style chateau at Barvikha — for a special dinner. Three members, including the security council secretary, Igor Ivanov, and the future president, Dmitry Medvedev, had recent birthdays to celebrate.

Here, Putin decided to play a 'joke' on Rice. According to one of those present, he looked at his watch, and a mischie­vous smile appeared on his face. 'Why do we have to wind things up in a rush? Let's put on a little show for her. If she wants, tell her I will meet her here, but don't tell her I've got the entire Security Council with me.'

She and the American ambassador, Bill Burns, were whisked out into the dark, wet countryside, along the elite Rublyovo­Uspenskoye highway, dotted with ostentatious red­brick mansions, through the 'Luxury Village of Barvikha' with its Lamborghini showroom and designer boutiques, and then through the tall iron gates of the government estate.

Rice and Burns had never seen such a building in Russia before — all turrets and dark stairways, like Dracula's castle. Suddenly the doors of the dining room were flung open and the Americans were confronted with an unexpected sight — the full Russian Security Council, the very heart of Russian power, around a banquet table. Burns 'could hardly take breath', according to one witness, while Condi was full of composure. 'Oh,' she said, 'it's the Security Council.'

The Russians appreciated her sang­froid. 'She wasn't even an iron woman — much higher,' said a Putin aide.

Her old friend Sergei Ivanov joked to her: 'We are discussing top­secret matters. Here's some top­secret military intelligence documents. Would you like to see them, Condoleezza?' There was much laughter — and some raised eyebrows on the American side when the Russians brought out bottles of Georgian wine. This was just after the arrest of the Russian officers and the embargo on Georgian products. The Russians started telling crude jokes about Georgians — which Rice could understand, despite the interpreter's attempts to clean them up.

After a while, Rice said to Putin: 'You know, we have some work to do.'

Putin took his guests off to a side room, with defence minister Sergei Ivanov and the foreign minister Sergei Lavrov, who acted as interpreter. Here, the talk got serious.

Putin started lecturing Rice about Ukraine, its history and demographics, and why America was wrong to even contemplate bringing it into NATO. Ivanov recalled in an interview: 'Putin explained what Ukraine was — at least a third of the population are ethnic Russians — and the negative consequences that could arise, not only for us but for all of Europe if Ukraine and Georgia were dragged into NATO.'

According to Bill Burns, Rice retorted that sovereign states had the right to make their sovereign choices about which institutions or alliances they wished to belong to, and that this should not be seen as threatening.

But Putin was not at all persuaded by that. 'You do not understand what you are doing,' he said. 'You are playing with fire.'

Then the 'lecture' turned to the recent events in Georgia, and Rice decided to give as good as she got. 'President Bush has told me to come and say that if Russia does anything in Georgia, there will be a rupture in US-Russia relations.'

All of a sudden Putin stood up, looking angry and intimidating. Reflexively, Rice also stood up, and in her high heels she was now taller than the Russian, looking down at him. She remembers it as 'not a nice moment — probably the toughest moment between the two of us'.

Putin decided to tell it straight. 'If they [the Georgians] provoke any violence,' he said, 'there will be consequences! And you tell that to your president.'

Lavrov, interpreting, did not translate the last phrase, but Rice had understood. This was a forceful warning from an angry Putin — one that she would remember clearly two years later when Russia brought down the might of its armed forces on Georgia after Saakashvili launched an ill­conceived attack on South Ossetia.