Analyzing a growing trend in higher-earning working women, an anecdotal report predicts that more households will be supported by women within a generation, shares stories about families already headed by women and assesses how this dynamic will impact relationships.

NPR stories about The Richer Sex 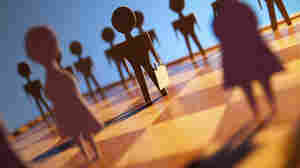 March 20, 2012 • NPR's Jennifer Ludden reviews Liza Mundy's new book, The Richer Sex, which argues that as women out-earn men, the balance of power will shift in the dating scene, the marriage market and family life. 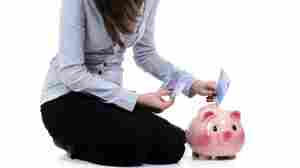 March 18, 2012 • Liza Mundy, author of The Richer Sex, discusses the trend — and implications — of women becoming the primary breadwinners in their families, a phenomenon that cuts across race, class and geographic location.

The grown-up Hawkins siblings can't tell you why it happened, or pinpoint when, exactly, they noticed the change in their family. Maybe somebody pointed it out at their annual Christmas gathering, or during one of the big reunions the Hawkins family holds every other summer. Or maybe there never was an aha moment. The knowledge just settled in until it became a fact they all knew, but hardly thought twice about. We have become a family of female earners.

Which was not how the siblings had been raised.

The siblings — there are six of them — grew up in the Detroit, Michigan, suburbs. Their mother, Marcelle Hawkins, had all six in less than six years, completing her childbearing by the time she was twenty-five and staying home to raise them. Their father, Gary, supported the family by working as an engineer for Ford. He didn't graduate from college, because in the 1960s and 1970s a man working for the U.S. auto industry didn't need to. During his career Gary Hawkins helped launch the Pinto, visited assembly plants and solved their problems, traveled to help open factories in other regions, and as his wife puts it, "had his hand raised" every time Ford needed an engineer to work overtime. His chief regret, in retirement, is how little he saw of the children as they grew.

In contrast to his father, the oldest Hawkins sibling, Danny, graduated from the University of Michigan and married a woman whose earning potential was as high as or higher than his was. Danny took a job in financial services but was reluctant to work the crushing overtime load his bosses expected, so in the mid-1990s he left to become the happy, fulfilled hands-on parent to their two daughters, a stay-at-home father before the term got trendy. According to his own mother, Danny runs a household every bit as well as she did. He shops and cooks with such exactitude that he rarely ends up with leftovers, maintains a budgeting system that involves placing portions of money in a box with sections designated for specific uses, keeps a color-coded family appointment calendar, and has a stair step for each member on which he places packages and other belongings. On Halloween, for fun, he tried doing a statistical analysis of trick-or-treaters to gauge how much candy to buy the following year but decided there were too many unpredictable variables. Over the years, Danny has served as treasurer of the PTA, treasurer of the music boosters, treasurer of the co-op preschool, treasurer of their homeowners association, and sympathizing treasurer of the golf club they belong to. In the evenings he is happy to listen to the workday accounts of his wife, Susan, a senior vice president with the Henry Ford Health System, with her challenges and sharing in her triumphs.

"I have told Susie several times that my job is to make her life easier," says Danny. "And I like doing it."

From The Richer Sex: How the New Majority of Female Breadwinners Is Transforming Sex, Love and Family by Liza Mundy. Copyright 2012 by Liza Mundy. Excerpted by permission of Simon & Schuster Inc.