Accessibility links
Escape From Camp 14 NPR coverage of Escape from Camp 14: One Man's Remarkable Odyssey from North Korea to Freedom in the West by Blaine Harden. News, author interviews, critics' picks and more.

Until his early 20s, the only life Shin Dong-hyuk had ever known was one of constant beatings, near starvation and snitching on others to survive. Born into one of the worst of North Korea's system of prison camps, Shin was doomed to a life of hard labor and an early death. But when he was 23, he managed to elude the guards and escape. Reporter Blaine Harden tells the tale of Shin's imprisonment and astounding getaway.

NPR stories about Escape From Camp 14 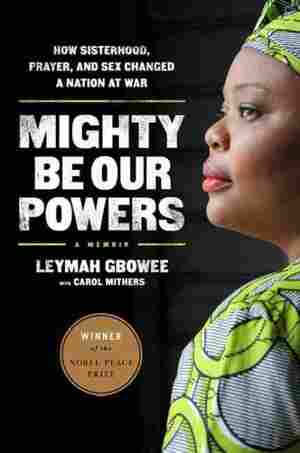 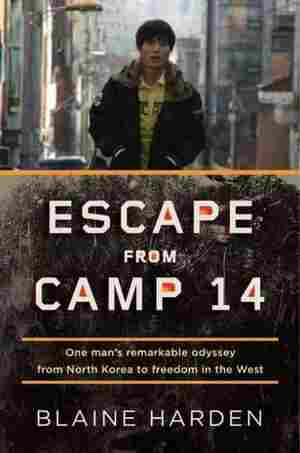 March 29, 2012 • Shin Dong-hyuk is the only person known to have been born in North Korea's prison camps and gotten out alive. Journalist Blaine Harden tells the story of Shin's daring escape.

His first memory is an execution.

He walked with his mother to a wheat field near the Taedong River, where guards had rounded up several thousand prisoners. Excited by the crowd, the boy crawled between adult legs to the front row, where he saw guards tying a man to a wooden pole.

Shin In Geun was four years old, too young to remember or understand the speech that came before that killing. But at dozens of executions in years to come, he would listen to a supervising guard telling the crowd that the prisoner about to die had been offered "redemption" through hard labor, but had rejected the generosity of the North Korean government. To prevent the prisoner from cursing the state that was about to take his life, guards stuffed pebbles in his mouth and covered his head with a hood.

At that first execution, Shin watched three guards take aim. Each fired three times. The reports of their rifles terrified the boy and he fell over backwards. But he scrambled to his feet in time to see guards untie a slack, blood-spattered body, wrap it in a blanket, and heave it into a cart.

In Camp 14, a prison for the political enemies of North Korea, assemblies of more than two inmates were forbidden, except for executions. Everyone had to attend. The labor camp used public killing — and the fear it generated — as a teachable moment.

Shin's guards in the camp were his teachers — and his breeders. They selected his mother and father. They taught him that prisoners who break camp rules deserve death. On a hillside near his school, a slogan was posted: "All according to the Rules and Regulations." The boy memorized the camp's ten rules, "The Ten Commandments," as he later called them, and can still recite them by heart. The first one said: "Anyone caught escaping will be shot immediately."

Ten years after that first execution, Shin returned to the same field. Again, guards had rounded up a big crowd. Again, a wooden pole had been pounded in the ground. A makeshift gallows had also been built.

Shin arrived this time in the backseat of a car driven by a guard. He wore handcuffs and a blindfold fashioned from a rag. His father, also handcuffed and blindfolded, sat beside him in the car.

They had been released from eight months in an underground prison inside Camp 14. As a condition of their release, they had signed documents promising never to discuss what happened to them underground.

In that prison within a prison, guards tried to torture a confession out of Shin and his father. They wanted to know about the failed escape of Shin's mother and older brother. Guards stripped Shin, tied ropes to his ankles and wrists, and suspended him from a hook in the ceiling. They lowered him over a fire. He passed out when his flesh began to burn.

But he confessed nothing. He had nothing to confess. He had never wanted out of the camp. He had not conspired with his mother and brother to escape. He believed what guards had taught him since his birth inside the camp: he could never escape and he must inform on anyone who talks about trying. Not even in his dreams had Shin fantasized about life on the outside.

Guards never taught him what every North Korean schoolboy learns: Americans are "bastards" scheming to invade and humiliate the homeland. South Korea is the "bitch" of its American master. North Korea is a great country whose brave and brilliant leaders are the envy of the world. Indeed, he did not know of the existence of South Korea, China, or the United States.

Unlike his countrymen, he did not grow up with the ubiquitous photograph of his Dear Leader, as Kim Jong Il is called. Nor had he seen photographs or statues of Kim's father, Kim Il Sung, the Great Leader who founded North Korea and who remains the country's Eternal President, despite having died in 1994.

While he had not been important enough for brainwashing, Shin had been schooled to inform on his family and on his classmates. He won food as a reward and joined guards in beating up children he betrayed. His classmates, in turn, tattled on him and beat him up.

When a guard removed his blindfold, when he saw the crowd, the wooden pole, and the gallows, Shin believed he was about to be executed.

No pebbles, though, were forced into his mouth. His handcuffs were removed. A guard led him to the front of the crowd. He and his father would be spectators.

Guards dragged a middle-aged women to the gallows and tied a young man to the wooden pole. They were Shin's mother and his only brother.

A guard tightened a noose around his mother's neck. She tried to catch his eye. He looked away. After she stopped twitching at the end of the rope, Shin's brother was shot by three guards. Each fired three times.

Watching them die, Shin was relieved it was not him. He was angry with his mother and brother for planning an escape. Although he would not admit it to anyone for fifteen years, he knew he was responsible for their executions.