This incisive portrait of the notorious German dictatorreveals disturbingly normal personality traits behind his mythologized character. The bookdiscusses how he was an emotional, romantic individual whose manipulative talents enabled him to exploit the fears and desperation of his fellow countrymen. 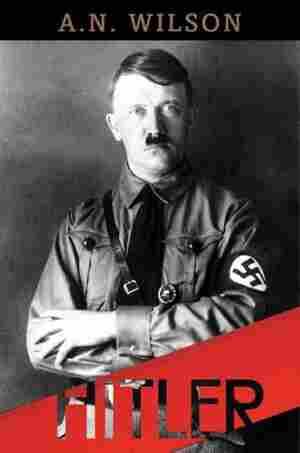 March 28, 2012 • In the new biography Hitler, A.N. Wilson describes the Nazi dictator as the "Demon King of history" but also as an ordinary and even boring man. "Many of the ideas that he had and expressed ... were ideas that more or less everybody had at that time," Wilson says.

As the German Chancellor, Hitler instigated the mass-murder of as many as 6 million Jews. He forced Western Europe, and eventually the whole world, into a calamitous war in which over 50 million Europeans were killed. When he committed suicide in 1945, he left his country a burning heap of ruins, financially bankrupt, militarily abject, physically wrecked. It is not surprising, then, that his reputation in history is demonic. Even though Mao Tse-tung and Stalin killed more people, and history since 1945 has thrown up such monsters as Pol Pot, Hitler has retained his place as the Demon King of history, the ultimate horror-tyrant. For this reason alone, we feel compelled to revisit the story of his life. In so doing, we perhaps want to pretend that his repellent life-views, which drove him to his acts of mayhem and murder, were somehow unique to himself, or if not quite unique, then at least special to the Nazi movement he led. To some degree — if we are thinking of the crazier theories relating to blood purity, or the quasi-religious cult of violence based on a return to the mythologies of the pagan north — then we should be right to think that Hitler had nothing in common with the decent bourgeois majority of Europeans of his generation. He was a freak, a satanic oddity, a demon.

But this picture of him is not completely tenable. In general, Hitler embodied the views of any popular newspaper, any bar-parlour bore, from England to Russia, from Finland to Sicily, during his lifetime: that is, that science had replaced religion; that Darwin had mysteriously 'explained' everything about the struggles of history, that the fittest would survive, and that among the differing peoples of the earth, it was the 'Aryan' or Eurasian race who were superior to the 'savages' found in Africa and South America, or to the Jews. His view, ranted aloud through microphones to rallies of thousands, that the Jews were both the sinister powers at work behind the banks and the stock markets, contriving the world's ruin, and at the same time they were the 'disease' eating away at your savings with anti-capitalist, Bolshevist plots, was a fear which did not vanish even when his whole regime had been ground to rubble by his enemies.

A spectre was haunting Europe. It was not Communism, as Marx and Engels had proclaimed in 1848, though Communism was a part of the spectre. It was bankruptcy. And that spectre had haunted Europe ever since the prodigy of modern industrial capitalism began in England in the eighteenth century. When things went well, the system produced comfort and leisure of a kind unimagined by the human race at any previous period of history. But there always existed, like some curse in a fairy tale, the possibility that things would go wrong, and that the safe comfortable world created by capitalism could, through no fault of the families or individuals concerned, plunge the working classes into starvation and the middle classes into the disgrace of debt and penury. The prosperous parfumeur César Birotteau in Balzac's novel of that name suddenly becomes an abject pauper. He did not realize that in expanding his business he was taking on debts with a scurrilous banker. Like so many of the characters in Balzac's great Human Comedy, that series of books which defined the nineteenth century to itself much more vividly than did Karl Marx, Birotteau is one minute prosperous, and the next up to his neck in debt. That swoop, from prosperity to absolute degradation, is the single greatest dread among the middle classes created by nineteenth-century capitalism. You see it in the novels of Dickens and Balzac over and over again. You see it in the genre paintings, of a middle-class family having to sell up their last belongings. Whether you are upper middle class, like the Sedleys in Thackeray's Vanity Fair, or lower middle class like Adolf Hitler, the spectre is haunting you all the time. Something might happen in the world's stock markets which suddenly ruins you.

'Old John Sedley was ruined' ... and Thackeray shows us all his belongings being picked over and sold off at auction. 'The Hebrew aide de camp in the service of the officer at the table bid against the Hebrew gentleman employed by the elephant purchasers and a brisk battle ensued over this little piano.' Part of the mythos of capitalism was that mysteriously it was controlled and exploited by the Jews. When there is a lurch in the stock market or when there is a run on the banks, the Jews will somehow emerge from the crisis unscathed — having made their profit out of your misfortune.

The basic self-contradiction of the anti-Semitic conspiracy theory — that Jews control both the capitalist system and the Communism which sought to overthrow it — did not die with Nazism. It resurfaces even now, either implicitly or explicitly, in journalism and commentary in any country in the world. Hitler's anti-Semitism was a mania of advanced degree but it was very far from being unusual, and although few like to admit it, his hatred of the Jews was one important element in his easy rise to power. Hitler and the Nazis expressed themselves with a crudity you may not think would have gone down well in, say, a London publishing house. Yet his prejudice was one shared with the poetry editor of Faber and Faber, T. S. Eliot — 'The Jew is underneath the lot.'

From Hitler by A. N. Wilson. Copyright 2012 by A.N. Wilson. Excerpted by permission of Basic Books, a member of The Perseus Books Group.