Baker turned painter Lucien Lessard and bon vivant Henri Toulouse-Lautrec vow to discover the truth behind the untimely death of their friend Vincent van Gogh, which leads them on a surreal odyssey into the art world of late 19th century Paris. 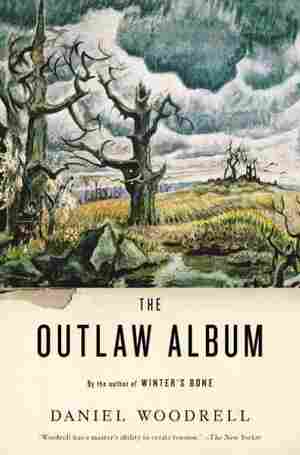 True Grit: On Everest, In The Ozarks And Through A Hellish Puberty 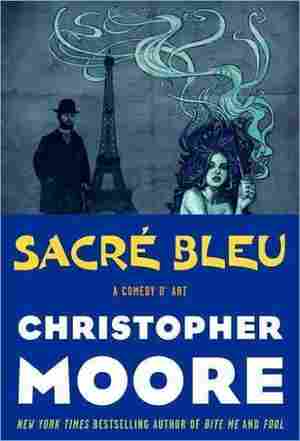 March 28, 2012 • Author Christopher Moore's new novel Sacre Bleu begins and ends with a meditation on the color blue — and in between sends the great artists of Belle Epoque Paris on a quest to discover the truth about the death of Vincent Van Gogh.

On the day he was to be murdered, Vincent van Gogh encountered a Gypsy on the cobbles outside the inn where he'd just eaten lunch.

Vincent paused and slung the easel from his shoulder. He tipped his yellow straw hat back. It was, indeed, big.

"Yes, madame," he said. "It serves to keep the sun out of my eyes while I work."

The Gypsy, who was old and broken, but younger and less broken than she played — because no one gives a centime to a fresh, unbroken beggar — rolled an umber eye to the sky over the Oise River Valley, where storm clouds boiled above the tile roofs of Pontoise, then spat at the painter's feet.

"There's no sun, Dutchman. It's going to rain."

"Well, it will keep the rain out of my eyes just as well." Vincent studied the Gypsy's scarf, yellow with a border of green vines embroidered upon it. Her shawl and skirts, each a different color, spilled in a tattered rainbow to be muted under a layer of dust at her feet. He should paint her, perhaps. Like Millet's peasants, but with a brighter palette. Have the figure stand out against the field.

"Monsieur Vincent." A young girl's voice. "You should get to your painting before the storm comes." Adeline Ravoux, the innkeeper's daughter, stood in the doorway of the inn, holding a broom poised not for sweeping but for shooing troublesome Gypsies. She was thirteen, blond, and though she would be a beauty one day, now she was gloriously, heartbreakingly plain. Vincent had painted her portrait three times since he'd arrived in May, and the whole time she had flirted with him in the clumsy, awkward manner of a kitten batting at yarn before learning that its claws may actually draw blood. Just practicing, unless poor, tormented painters with one earlobe were suddenly becoming the rage among young girls.

Vincent smiled, nodded to Adeline, picked up his easel and canvas, and walked around the corner, away from the river. The Gypsy fell in beside him as he trudged up the hill past the walled gardens, toward the forest and fields above the village.

"I'll take the hat," said the Gypsy. "And you can go back to your room, out of the storm, and make a picture of a vase of flowers."

"And what will I get for my hat? Will you tell my future?"

"I'm not that kind of Gypsy," said the Gypsy.

"Will you pose for a picture if I give you my hat?"

"I'm not that kind of Gypsy either."

Vincent paused at the base of the steps that had been built into the hillside.

"What kind of Gypsy are you, then?" he asked.

"The kind that needs a big yellow hat," said the Gypsy. She cackled, flashing her three teeth.

Vincent smiled at the notion of anyone wanting anything that he had. He took off his hat and handed it to the old woman. He would buy another at market tomorrow. Theo had enclosed a fifty-franc note in his last letter, and there was some left. He wanted — no, needed to paint these storm clouds before they dropped their burden.

The Gypsy examined the hat, plucked a strand of Vincent's red hair from the straw, and tucked it away into her skirts. She pulled the hat on right over her scarf and struck a pose, her hunchback suddenly straightening.

"Perhaps some flowers in the band," said Vincent, thinking only of color. "Or a blue ribbon."

The Gypsy grinned. No, there was a fourth tooth there that he'd missed before.

"Au revoir, Madame." He picked up his canvas and started up the stairs. "I must paint while I can. It is all I have."

"I'm not giving your hat back."

"What happened to your ear, Dutchman, a woman bite it off?"

"Something like that," said Vincent. He was halfway up the first of three flights of steps.

"An ear won't be enough for her. Go back to your room and paint a vase of flowers today."

"I thought you didn't tell futures."

He set his easel at the pitchfork junction of three dirt roads. Three wheat fields lay before him and a cornfield behind. He was nearly finished with the painting, the golden wheat under an angry blue-black sky swirling with storm clouds. He loaded his brush with ivory black and painted a murder of crows rising from the center of the picture into an inverted funnel to the right corner of the canvas. For perspective, so the painting wasn't entirely about color on canvas, although many in Paris were beginning to argue that all painting was just color, nothing more.

He painted a final crow, just four brushstrokes to imply wings, then stepped back. There were crows, of course, just not compositionally convenient ones. The few he could see had landed in the field, sheltering against the storm, like the field workers, who had all gone to shelter since Vincent had started to paint.

"Paint only what you see," his hero Millet had admonished.

"Imagination is a burden to a painter," Auguste Renoir had told him. "Painters are craftsmen, not storytellers. Paint what you see."

Ah, but what they hadn't said, hadn't warned him about, was how much you could see.