In Drop Dead Healthy, author A.J. Jacobs attempts to become the healthiest man in the world. Structuring his life around a deluge of diets and fitness regimens that often contradict each other, he experiences the logical conclusion of our culture's health obsessions. 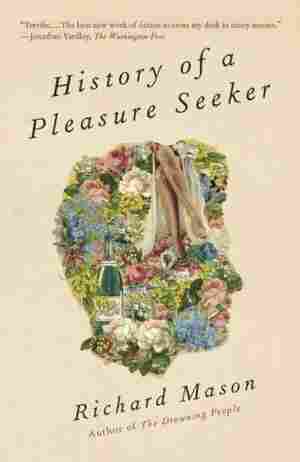 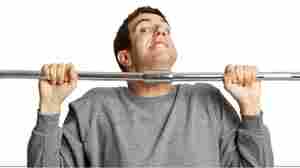 April 5, 2012 • The author of The Know-It-All — for which he read the entire encyclopedia to try to get smarter — Jacobs has gone on another self-improvement kick for Drop Dead Healthy. Scott Simon talks with Jacobs about avoiding the gym, unusual diets and breaking a sedentary lifestyle.

For the last few months, I've been assembling a list of things I need to do to improve my health. It's an intimidatingly long list. Fifty-three pages. here's a sample:

• Do forty minutes of aerobic exercise a day

• Watch baseball (lowers blood pressure, according to one study)

• Nap (good for the brain and heart)

• Keep my apartment at sixty-two degrees, which makes my body burn more calories a day

And on and on.

By the way, I've printed this list in nine-point Papyrus font, because I found a study that says hard-to-read fonts improve memorization.

I want to do everything on my list because my quest isn't just to be a little bit healthier. My quest isn't to lose a couple of pounds. My quest is to turn my current self — a mushy, easily winded, mod­erately sickly blob – into the embodiment of health and fitness. To become as healthy as humanly possible.

I've been intrigued by the topic of health and fitness for years. But the idea of devoting myself to the cause occurred to me during a recent vacation. It was supposed to be a relaxing week with the family in the Dominican Republic. Sand castles would be built. Boggle would be played. Soda would be ordered without ice.

Instead, I ended up in a Caribbean hospital for three days with severe pneumonia. I expected some jet lag, maybe a skittish stomach. But tropical pneumonia? That took me by surprise.

I'd read plenty about the importance of gratitude. So as I lay wheezing and shivering on my thin hospital mattress, I tried to find things to be thankful for. For instance, my hospital visit gave me the opportunity to learn new Spanish words such as "lung" and "pain" (pulmón and dolor, respectively). Also, roosters outside my hospital window woke me up every morning, which is marginally more charming than New York car alarms.

Neither of these observations helped much. But I found one big upside, a life-altering one. This experience was a seventy-two­hour-long memento mori. For one of the few times in my life, I was certain I was about to leave this world. Now, maybe this fear was melodramatic, but in my defense: If you were hooked up to an IV drip with a rainbow of unknown liquids (clear, yellow, blue, pink), if you saw doctors speaking in hushed tones while stealing glances at you, if you couldn't breathe without wincing, if your mind was fogged in by viruses, you might think what I did: the only way I'm getting out of here is on a stretcher covered by a sheet.

My dread was more focused than any I'd ever experienced. Probably because of my three young sons. I want to be around to see them grow up. I want to be there for their graduations, their marriages, yes, but I also want to see them sing their first Led Zeppelin karaoke song and eat their first jalapeño pepper. I want to be around to teach them the importance of having compassion and why the original Willy Wonka is superior to the remake. I worked myself into quite a state by imagining all of the memories I'd never have.

The thing is, I'm forty-one. I can no longer take my health for granted. Catching pneumonia is just one sign that I'm deteriorating. My bones are becoming lighter and more porous. My muscles are shriveling. My brain is shrinking, my arteries narrowing, my coordination slowing. I'm losing 1 percent of my testosterone a year.

And I'm fat. Not morbidly obese. I'm what's described as skinny fat. A python-that-swallowed-a-goat type of body. Which I've learned is the worst kind of fat. So-called visceral fat (which sur­rounds the liver and other vital organs) is considered much more dangerous than subcutaneous fat (the kind under the skin that causes cellulite). In fact, the size of your waistline is one of the best predictors of heart disease.

My wife, Julie, has been nudging me for years about my grow­ing belly. She's got a repertoire. She'll refer to me as Buddha. Or she'll ask, "So, when are you due?" When she wants to be especially subtle, she'll just whistle the Winnie-the-Pooh theme song as she walks by.

She tells me she doesn't care about whether or not I look fat. She says she just wants me to take care of myself so I'm around for a while. A couple of years ago, she sat me down at the dinner table, put her hands on mine, looked me in the eyes, and told me: "I don't want to be a widow at forty-five."

"I understand," I replied solemnly. I pledged to join a gym, and at the time, I meant it. But inertia is a powerful force.

So I did nothing. I continued eating food packed with empty calories — lots of pasta and corn-syrupy cereal. There was a notable lack of anything green at my meals, not counting bottles of rolling rock. My exercise regimen was just as bad. I hadn't done serious aerobic exercise since college. I got winded playing hide-and-seek with my sons.

And then I found myself in the hospital gasping for air. And so, right about when the nurse came into my room bearing a pill the size of my middle toe, I made a pledge: If I make it out alive, my next project will be about revamping my body.