Title
The Defining Decade
Subtitle
Why Your Twenties Matter and How to Make the Most of Them Now
Author
Meg, Ph.D. Jay

A clinical psychologist describes why she believes the years between ages 20-29 can be the most defining decade of adulthood and offers tips on making the most of work and relationships during this still-formative time in a person's life.

NPR stories about The Defining Decade 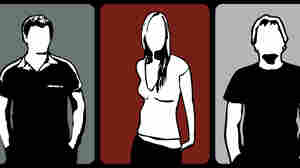 April 22, 2012 • Troubled by her 20-something clients' lack of direction, clinical psychologist Meg Jay decided to write a book about those formative years. In The Defining Decade, she argues that those years are by far the most crucial in our adult development.

When Kate started therapy, she had been waiting tables and living — and fighting — with her parents for more than a year. Her father called to schedule her first appointment, and both of them presumed that father-daughter issues would come quickly to the fore. But what most struck me about Kate was that her twentysomething years were wasting away. Having grown up in New York City, at age twenty-six and now living in Virginia, she still did not have a driver's license, despite the fact that this limited her employment opportunities and made her feel like a passenger in her own life. Not unrelated to this, Kate was often late to our appointments.

When Kate graduated from college, she had hoped to experience the expansiveness of the twentysomething years, something she was strongly encouraged to do by her parents. Her mother and father married just out of college because they wanted to go to Europe together and, in the early 1970s, this was not condoned by either of their families. They honeymooned in Italy and came back pregnant. Kate's dad put his accounting degree to work while Kate's mom got busy raising four kids, of whom Kate was the youngest. So far, Kate had spent her own twenties trying to make up for what her parents missed. She thought she was supposed to be having the time of her life but mostly she felt stressed and anxious. "My twenties are paralyzing," she said. "No one told me it would be this hard."

Kate filled her mind with twentysomething drama to distract herself from the real state of her life, and she seemed to want the same for her therapy hours. When she came to sessions, she kicked off her Toms, hiked up her jeans, and caught me up on the weekend. Our conversations often went multimedia as she pulled up emails and photos to show me, and texts chirped into our sessions with late-breaking news. Somewhere between the weekend updates, I found out the following: She thought she might like to work in fund-raising, and she hoped to figure out what she wanted to do by age thirty. "Thirty is the new twenty," she said. This was my cue.

I am too passionate about the twenties to let Kate, or any other twentysomething, waste his or her time. As a clinical psychologist who specializes in adult development, I have seen countless twentysomethings spend too many years living without perspective. What is worse are the tears shed by thirtysomethings and fortysomethings because they are now paying a steep price — professionally, romantically, economically, reproductively — for a lack of vision in their twenties. I liked Kate and wanted to help her so I insisted she be on time for sessions. I interrupted stories about the latest hookup to ask about the status of her driver's license and her job search. Perhaps most important, Kate and I debated about what therapy — and her twenties — was supposed to be about.

Kate wondered aloud whether she ought to spend a few years in therapy figuring out her relationship with her father or whether she should use that money and time on a Eurail pass to search for who she was. I voted for neither. I told Kate that while most therapists would agree with Socrates that "the unexamined life is not worth living," a lesser-known quote by American psychologist Sheldon Kopp might be more important here: "The unlived life is not worth examining."

I explained it would be irresponsible of me to sit quietly while I watched the most foundational years of Kate's life go parading by. It would be reckless for us to focus on Kate's past when I knew her future was in danger. It seemed unfair to talk about her weekends when it was her weekdays that made her so unhappy. I also genuinely felt that Kate's relationship with her father could not change until she had something new to bring to it.

Not long after these conversations, Kate dropped onto the couch in my office. Uncharacteristically teary and agitated, she stared out the window and bounced her legs nervously as she told me about Sunday brunch with four friends from college. Two were in town for a conference. One had just returned from recording lullabies in Greece for her dissertation research. Another brought along her fiancé. As the group sat at their table, Kate looked around and felt behind. She wanted what her friends had — a job or a purpose or a boyfriend — so she spent the rest of the day looking for leads on Craigslist. Most of the jobs (and the men) didn't seem interesting. The ones that did she was starting to doubt she could get. Kate went to bed feeling vaguely betrayed.

In my office, she said, "My twenties are more than half over. Sitting at that restaurant, I realized I didn't have anything to show for myself. No real résumé. No relationship. I don't even know what I'm doing in this town." She reached for a tissue and broke into tears. "I really got kicked by the notion that getting clear on your path was overrated. I wish I'd been more ... I don't know ... intentional."

It wasn't too late for Kate, but she did need to get going. By the time Kate's therapy ended, she had her own apartment, a driver's license, a boyfriend with some potential, and a job as a fund-raiser for a nonprofit. Even her relationship with her father was improving. In our last sessions together, Kate thanked me for helping her catch up. She said she finally felt like she was living her life "in real time."

From The Defining Decade: Why Your Twenties Matter — And How to Make the Most of Them Now by Meg Jay. Copyright 2012 by Meg Jay. Excerpted by permission of Twelve/Hachette Book Group.