Cracking The Code Of The Twentieth Century's Biggest Bestsellers

Identifying common themes shared by many of the 20th century's favorite novels, an analysis of what made them best-sellers recounts the experiences and discoveries the author shared with students in his popular modern literature college courses. 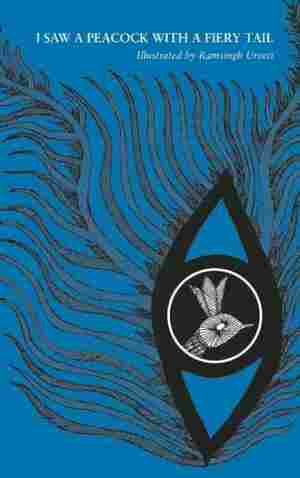 May 25, 2012 • Not sure what to read? NPR's Susan Stamberg asked three booksellers to share their top five picks for the books you shouldn't miss — tales of con artists, grade-school spies, refugees and ranchers. 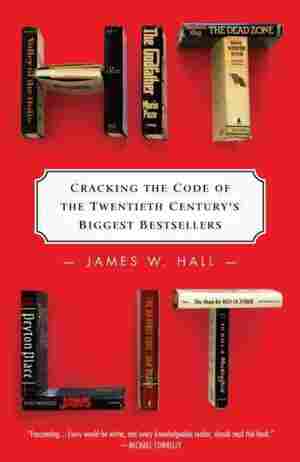 April 17, 2012 • To Kill a Mockingbird and Valley of the Dolls have more in common than you think. In his new book Hit Lit, mystery writer James Hall argues that best-sellers from the past century share 12 features.

Hollywood filmmakers can teach us a thing or two about speed, for moviemakers have turned storytelling into a science, using certain formulaic devices that consistently accelerate the forward movement of the narrative.

It's true that all twelve of the novels on our reading list were made into major motion pictures, and without a doubt some of their sales success as books was spurred by their filmic version. However, the common belief that a movie of a novel is the main factor in driving a book's commercial success is not supported by the facts. For instance, Jaws sold around a million copies before the film even came out.

In the cases of Valley of the Dolls and The Da Vinci Code, which are two of the biggest bestsellers of all time, so many copies had already been sold by the time the movie hit the theaters that it was unlikely any movie ticket buyers had not already bought the novel. Indeed, they seemed to be drawn to the film because they knew and loved the book.

That said, the effect of a successful film on the novel's long-term sales can be substantial. Gone with the Wind is the top-grossing domestic movie of all time, adjusted for ticket price inflation. Without a doubt, the film's ongoing popularity keeps the sales of the novels perking along. However, it's important to note that Margaret Mitchell's novel sold two million copies within a year of its publication, long before David O. Selznick got his hands on it. In this case, as in many others, the movie obviously helped the book's long-term sales, but the film was only one of many factors contributing to the book's overall success.

The permutations are endless: Bestsellers that flop at the box office (The Lovely Bones). Novels that have marginal sales but become spectacular hits as films (Forrest Gump). Novels that were moderate bestsellers but become movie legends. (Larry McMurtry has done it often.)

But such considerations are ultimately beside the point; at least, they're beside my point-which is that popular novelists have undeniably absorbed many lessons from the craft of filmmakers, and either intentionally or unintentionally, they have made their stories more "movie-friendly." These are the books that Hollywood folks want to make into movies. And moviemakers, in turn, have sharpened their storytelling craft by employing techniques of successful novelists. This cross-pollination of the two storytelling art forms is natural and mutually beneficial.

Steven Spielberg puts it this way: "I like ideas, especially movie ideas, that you can hold in your hand. If a person can tell me the idea in twenty-five words or less, it's going to make a pretty good movie."

Being able to compress a novel's complex plot into a single sentence is both a useful exercise for a novelist struggling to understand the dramatic forces driving his or her own work and a helpful marketing tool in the publishing industry and the film world. There are numerous commercial benefits to being able to frame a story in intriguing shorthand. For one thing, if a novel can't be summarized succinctly and engagingly, then word-of-mouth buzz isn't as easy to generate, and a marketing campaign is less likely to succeed; sales reps simply have a harder time selling the book to their bookstore accounts if they can't give a concise and appealing description. That's three strikes against any story so murky or complex that it can't be simplified to a tasty kernel.

When a rogue Russian sub commander who's piloting a vessel so technologically advanced that it could upset the balance of world power engages in a cat-and-mouse game with a brilliant CIA analyst who has the entire U.S. Navy at his disposal, World War III is only one small mistake away.

A resourceful young girl's innocent childhood is shattered and her family members threatened when she is thrust into the center of the racial turmoil that erupts in her small southern town.

Just for fun, check out this one-liner for The Wizard of Oz (often credited to Richard Polito, a journalist in California), which makes Dorothy's story sound like a hallucinatory episode from the life of Charlie Manson:

Transported to a surreal landscape, a young girl kills the first woman she meets, then teams up with three complete strangers to do it again.

The literary version of "high concept" is what's known as "the dramatic question," which is another way of capturing in a single catchy phrase the dramatic energy coiled within a novel.

Generally speaking, each genre has its own standard question. In mysteries: Will the detective catch the killer? Romance: Will the woman hook up with the man of her dreams? Horror: How will our hero manage to survive or defeat these terrifying events? Or in coming-of-age novels: How will the character's adult life be shaped by the events of his or her youth?

Our twelve bestsellers are anything but coy about showing their hands from the beginning. Will the shark come back for a second bite? Will Scarlett ever marry Ashley? What will success do to Mitch and Abby McDeere? Will Anne Welles and her two girl pals find love and happiness in the big city? Will that faithless priest be able to save the little girl from the clutches of Satan?

Good questions, sure. Most readers' interest would be piqued. But are these questions sufficient to attract and compel large numbers of readers? No. More is required.

One way our twelve bestsellers stand apart is that each of them enhanced these dramatic questions by using unique and creative mash-ups of traditional genres. For instance, at its heart The Hunt for Red October is a detective story, and its dramatic question is straightforward. Will the detective, Jack Ryan, locate the rogue Russian sub commander and thwart his mission?

But if that were all this story was about, it's doubtful it would have risen above the other popular novels of its time. Its grip on so many readers springs in part from Clancy's mingling the dramatic structure of the detective story with the familiar tropes of the novel of international intrigue, then combining that with elements of the sea adventure, and finally tossing in one inventive new ingredient, a feature that has become a staple of the techno-thriller: the use of cutting-edge hardware and technology, which plays a role as central as the characters themselves (not unlike science fiction). So in The Hunt for Red October, the potency of the standard dramatic question that fuels the detective story is increased exponentially when these additional elements begin to slosh together.

An average reader may not observe any of this consciously, but even the most jaded among us can't help but be intrigued when we confront a never-seen-before species that somehow echoes other stories we've read and loved. We love the familiar and are excited by the new. A combination of both is irresistible.

While it may not seem as fresh and original to us now, in its day The Hunt for Red October was almost experimental in its novelty. A large part of its success as both fiction and film was due to this crafty mixing and matching of genres and its use of a movie-friendly principle called "high concept" that helps seize our attention from the very first pages.

Excerpted from Hit Lit: Cracking the Code of the Twentieth Century's Biggest Bestsellers by James W. Hall. Copyright 2012 by James W. Hall. Excerpted by permission of Random House Trade Paperbacks, a division of Random House Inc. All rights reserved. No part of this excerpt may be reproduced or reprinted without permission in writing from the publisher.