Wrongly accused of rape, Lysander Rief, a young English actor, finds his life taking a dangerous turn when the men who help him escape a conviction recruit him for a lethal mission that leads him to a traitor who is linked to his family.

NPR stories about Waiting For Sunrise 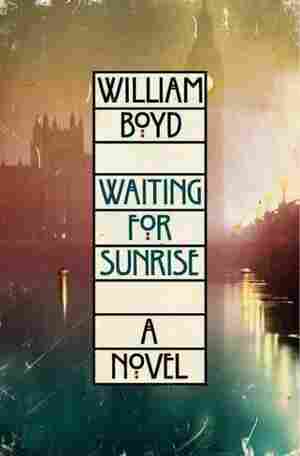 April 18, 2012 • When Lysander Rief, a young actor undergoing treatment from one of Freud's disciples, is falsely accused of rape, he is dragged into a web of World War I-era intrigue. William Boyd's Waiting for Sunrise has all the ingredients of a surefire hit; why, then, is it so tedious?

It is a clear and dazzling summer's day in Vienna. You are standing in a skewed pentangle of lemony sunshine at the sharp corner of Augustiner Strasse and Augustinerbastei, across from the opera house, indolently watching the world pass by you, waiting for someone or something to catch and hold your attention, to generate a tremor of interest. There's a curious frisson in the city's atmosphere today, almost spring-like, though spring is long gone, but you recognize that slight vernal restlessness in the people going by, that stirring of potential in the air, that possibility of audacity — though what audacity they might be, here in Vienna, who can say? Still, your eyes are open, you are unusually poised, ready for anything — any crumb, any flung coin — that the world might casually toss your way.

And then you see — to your right — a young man striding out of the Hofgarten park. He is in his late twenties, almost handsome in a conventional way, but your eye is drawn to him because he is hatless, an anomaly in this busy crowd of Viennese folk, all hatted, men and women. And, as this young, almost conventionally handsome man walks purposefully past you, you note his fine brown, breeze-blown hair, his pale grey suit and his highly polished ox-blood shoes. He's of medium height but broad–shouldered with something of a sportsman's build and balance, you register, as he goes by, a couple of paces from you. He's clean-shaven — also unusual in this place, the city of facial hair — and you observe that his coat is well tailored, cut tight at the waist. Folds of an ice-blue silk handkerchief spill easily from his breast pocket. There is something fastidious and deliberate about the way he dresses himself — just as he's almost conventionally handsome, so is he also almost a dandy. You decide to follow him for a minute or so, vaguely intrigued and having nothing better to do.

At the entry to Michaeler Platz he stops abruptly, pauses, stares at something stuck to a hoarding and then continues on his way, briskly, as if he's running slightly late for an appointment. You follow him around the square and into Herrengasse — the slanting sunrays picking out the details on the grand, solid buildings, casting sharp, dark shadows on the caryatids and the friezes, the pediments and the cornices, the balusters and the architraves. He stops at the kiosk selling foreign newspapers and magazines. He chooses The Graphic and pays for it, unfolding and opening it to glance at the headlines. Ah, he's English — how uninteresting your curiosity is waning. You turn round and wander back towards the pentangular patch of sunlight you abandoned on the corner, hoping some more stimulating possibilities will come your way, leaving the young Englishman to stride on to wherever and whomever he was so intently heading ...

Lysander Rief paid for his three-day-old Graphic (overseas edition), glanced at a headline — 'Armistice Signed in Bucharest – Second Balkan War ends' — and ran his hand unreflectingly through his fine straight hair. His hat! Damn. Where had he left his hat? On the bench — of course — in the Hofgarten where he'd sat for ten minutes staring at a flowerbed in a fearful quandary, wondering agitatedly if he was doing the correct thing, suddenly unsure of himself, of this trip to Vienna and everything it portended. What if it was all a mistake, all vain hope and ultimately pointless? He looked at his wristwatch. Damn, again. He'd be late for his appointment if he went back. He liked that hat, his narrow-brim boater with the maroon silk band, bought in Lockett's, on Jermyn Street. Someone would have stolen it in an instant, he was sure — another reason not to retract his steps — and he cursed his distractedness again, setting off once more up Herrengasse. It just showed you how tense he was, he thought, how preoccupied. To rise up and walk away from a park bench and not automatically set your hat firmly on your head ... He was clearly more jittery and apprehensive about this meeting than even his obvious, perfectly understandable nervousness would indicate. Calm down, he said to himself, listening to the measured click of the metalled crescents set in the leather heels of his shoes as they struck the stone paving — calm down. This is just the first appointment — you can walk away, go back to London — no one is holding a loaded gun to your head, forcing you.

He exhaled. 'It was a fine day in August, 1913,' he said to himself out loud but in a low voice, just enough to change the subject and readjust his mood. 'Es war ein schöner Augusttag des Jahres ... ah, 1913,' he repeated in German, adding the date in English. He had trouble with numbers — long numbers and dates. His German was improving faast but he might ask Herr Barth, his teacher, to do an hour or so on numbers, to try and fix them in his head. 'Ein schöner Augusttag — .' He saw another defaced poster on the wall, like the one he'd spotted as he'd walked into Michaeler Platz — that was the third he'd seen since setting out from his lodgings this morning. It had been clumsily torn from its hoarding, ripped away from wherever the glue was not strong enough to hold the paper fast. At the first poster — just next to the tram-stop near the room he was renting — his eye had been held by what remained of the body (the head had gone) of the scantily clad maiden it displayed. She was almost naked, cowering, hands pressed to her sizeable breasts, cupping them protectively, a semi-visible filmy swirl of self-supporting veil protecting her modesty at the plump juncture of her thighs. Something about the reality of the drawing was particular compelling, however stylized the situation she was in (that airborne, handy veil) and he had paused to take a closer look. He had no idea what the context of this image was as everything else had been torn away. However, on the second defaced poster, the end of a scaly, saw-toothed reptilian tail explained why the nymph of the goddess, or whatever she was, appeared so terrified. And now on the third poster some lettering was left: 'PERS — ' and below that 'und' and below that, 'Eine Oper von Gottlieb Toll — '.

He thought: 'Pers' ... Persephone? An opera about Persephone? Wasn't she the one dragged off to the underworld and Narcissus — was it? — had to go and fetch her back without looking round? Or was that Euridice? Or something ... Orpheus? Not for the first time he resented his eccentric and patchwork education. He knew a lot about a few things and very little about a great deal of things. He was taking steps to remedy the situation — reading as widely as he could, writing his poems — but every now and then his ignorance stared him candidly in the face. One of the hazards of his profession, he admitted. And classic myths and references were certainly a bit of a jumble, not to say a prominent hole.