Accessibility links
A Wedding In Haiti NPR coverage of A Wedding in Haiti by Julia Alvarez. News, author interviews, critics' picks and more.

Growing up in the Dominican Republic, author and poet Julia Alvarez says, she was taught to view neighboring Haiti with suspicion. But because of a promise made one night, Haiti, and a particular Haitian boy named Piti, would become ingrained in her heart — so much so that she would find herself smuggling Piti out of Haiti with his new family, and then finding her way back there after the devastating 2010 earthquake.

NPR stories about A Wedding In Haiti

Haiti: 'The Sister I Hardly Knew'

August 22, 2013 • Tell Me More's summer reading series, 'Island Reads,' highlights authors from the Caribbean. Guest host Celeste Headlee talks to Julia Alvarez. Her book A Wedding In Haiti gives readers a peek into the county that Alvarez calls 'the sister I hardly knew.'

Haiti: 'The Sister I Hardly Knew' 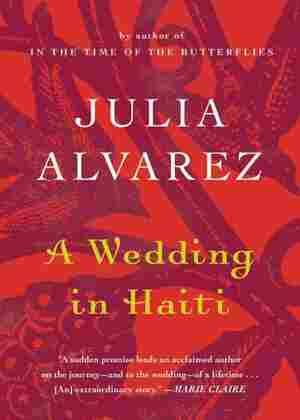 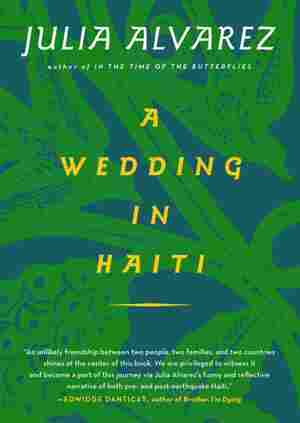 April 18, 2012 • When Julia Alvarez told a lonely Haitian boy that she would attend his wedding someday, she didn't expect that she would be held to her word. Her new memoir tells the story of her journey to a remote village in Haiti to make good on her promise.

Excerpt: A Wedding in Haiti

Circa 2001, the mountains of the Dominican Republic

My husband and I have an ongoing debate about how old Piti was when we first met him. I say Piti was seventeen at the most. My husband claims he was older, maybe nineteen, even possibly twenty. Piti himself isn't sure what year we met him. But he has been working in the mountains of the Dominican Republic since he first crossed the border from Haiti in 2001 when he was seventeen years old.

Bill and I might have forgotten the year, but we distinctly remember the first time we met Piti. It was late afternoon, and we were driving past the barracks-type housing where he lived with half a dozen other Haitian workers on a neighboring farm. On the concrete apron in front, the group was horsing around, like young people having fun all over the world. Piti, whose name in Kreyòl means "little one," was the smallest of the group, short and slender with the round face of a boy. He was putting the finishing touches on a small kite he was making.

I asked Bill to stop the pickup, as I hadn't seen one of these homemade chichiguas since I was a child. I tried to explain this to Piti, who at that point didn't understand much Spanish. His response was to grin and offer me his kite. I declined and asked if I could take his picture instead.

On the next trip, I made a point of finding Piti so I could give him the photo in the small album I'd brought as a gift. You'd have thought I was giving him the keys to a new motorcycle. He kept glancing at the photo, grinning and repeating, "Piti, Piti!" as if to convince himself that he was the boy in the photo. Or maybe he was saying thank you. "Mèsi, mèsi" can sound like "Piti, Piti," to an ear unused to Kreyòl.

A friendship began. Every trip I sought him out, brought him a shirt, a pair of jeans, a bag in which to cart his belongings back and forth on his periodic and dangerous crossings of the border.

What I felt toward the boy was unaccountably maternal. Somewhere in Haiti, a mother had sent her young son to the wealthier neighbor country to help the impoverished family. Maybe this very moment she was praying that her boy be safe, earn good money, encounter kind people. Every time I spotted the grinning boy with worried eyes, I felt the pressure of that mother's prayer in my own eyes. Tears would spring up and a big feeling fill my heart. Who knows why we fall in love with people who are nothing to us?

A coffee farm or a mistress?

Over the years, Bill and I got to see a lot of Piti. Whenever we could get away from our lives and jobs in Vermont — short trips of a week, longer trips of a few weeks — we headed for the Dominican mountains. We had become coffee farmers.

Every time I get started on this story, the curtain rises on that vaudeville act that long-term couples fall into: who did what first and how did we get in this fix.

It began in 1997 with a writing assignment for the Nature Conservancy. I was asked to visit the Cordillera Central, the central mountain range that runs diagonally across the island, and write a story about anything that caught my interest. While there, Bill and I met a group of impoverished coffee farmers who were struggling to survive on their small plots. They asked if we would help them.

We both said of course we'd help. I meant help as in: I'd write a terrific article that would bring advocates to their cause. Bill meant help, as in roll-up-your-sleeves and really help. I should have seen it coming. Having grown up in rural Nebraska with firsthand experience of the disappearance of family farms, Bill has a soft spot in his heart for small farmers.

We ended up buying up deforested land and joining their efforts to grow coffee the traditional way, under shade trees, organically by default. (Who could afford pesticides?) We also agreed to help find a decent market for our pooled coffee under the name Alta Gracia, as we called our sixty, then a hundred, and then, at final count, two hundred and sixty acres of now reforested land. I keep saying "we," but, of course, I mean the marital "we," as in my stubborn beloved announces we are going to be coffee farmers in the Dominican Republic, and I say, "But, honey, how can we? We live in Vermont!"

Of course, I fell in with Don Honey, as the locals started calling Bill, when they kept hearing me calling him "honey, this," "honey, that." The jokey way I explained our decision to my baffled family and friends was that it was either a coffee farm or a mistress. Over the years, I admit, I've had moments when I wondered if a mistress might not have been easier.

We were naïve — yes, now the "we" includes both of us: We hired a series of bad farm managers. We left money in the wrong hands for payrolls never paid. One manager was a drunk who had a local mistress and used the payroll to pay everyone in her family, whether they worked on the farm or not. Another, a Seventh-Day Adventist, who we thought would be safe because he wouldn't drink or steal or have a mistress, proved to be bossy and lazy. He was el capataz, he boasted to his underlings, the jefe, the foreman. He didn't have to work. Every day turned out to be a sabbath for him. His hands should have been a tip-off, pink-palmed with buffed nails. Another manager left for New York on a visa I helped him get. (Like I said, it takes two fools to try to run a coffee farm from another country.)

Still, if given the choice, I would probably do it again. As I've told Bill many a time — and this gets me in trouble — even if in the end we're going to be royally taken, I'd still rather put my check mark on the side of light. Otherwise, all the way to being proved right, I'd have turned into the kind of cynic who has opted for a smaller version of her life.