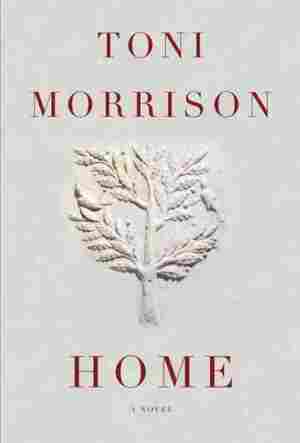 December 3, 2012 • This year's treasures include a heart-racing memoir, a fun first novel, a fascinating study of fraternal bonds, plus Toni Morrison's Home and Christopher Hitchens' last work. Critic Heller McAlpin has sifted through piles of new publications and panned for literary gold. 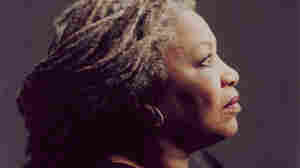 May 15, 2012 • Toni Morrison's latest novel revisits the story of the prodigal son, as a Korean War veteran returns to his hometown in the pre-civil rights era South. Critic Heller McAlpin says Home is as accessible and visceral as anything Morrison has written.

We shouldn't have been anywhere near that place. Like most farmland outside Lotus, Georgia, this one here had plenty of scary warning signs. The threats hung from wire mesh fences with wooden stakes every fifty or so feet. But when we saw a crawl space that some animal had dug — a coyote maybe, or a coon dog — we couldn't resist. Just kids we were. The grass was shoulder high for her and waist high for me so, looking out for snakes, we crawled through it on our bellies. The reward was worth the harm grass juice and clouds of gnats did to our eyes, because there right in front of us, about fifty yards off, they stood like men. Their raised hooves crashing and striking, their manes tossing back from wild white eyes. They bit each other like dogs but when they stood, reared up on their hind legs, their forelegs around the withers of the other, we held our breath in wonder. One was rust-colored, the other deep black, both sunny with sweat. The neighs were not as frightening as the silence following a kick of hind legs into the lifted lips of the opponent. Nearby, colts and mares, indifferent, nibbled grass or looked away. Then it stopped. The rust-colored one dropped his head and pawed the ground while the winner loped off in an arc, nudging the mares before him.

As we elbowed back through the grass looking for the dug-out place, avoiding the line of parked trucks beyond, we lost our way. Although it took forever to re-sight the fence, neither of us panicked until we heard voices, urgent but low. I grabbed her arm and put a finger to my lips. Never lifting our heads, just peeping through the grass, we saw them pull a body from a wheelbarrow and throw it into a hole already waiting. One foot stuck up over the edge and quivered, as though it could get out, as though with a little effort it could break through the dirt being shoveled in. We could not see the faces of the men doing the burying, only their trousers; but we saw the edge of a spade drive the jerking foot down to join the rest of itself. When she saw that black foot with its creamy pink and mud-streaked sole being whacked into the grave, her whole body began to shake. I hugged her shoulders tight and tried to pull her trembling into my own bones because, as a brother four years older, I thought I could handle it. The men were long gone and the moon was a cantaloupe by the time we felt safe enough to disturb even one blade of grass and move on our stomachs, searching for the scooped-out part under the fence. When we got home we expected to be whipped or at least scolded for staying out so late, but the grown-ups did not notice us. Some disturbance had their attention.

Since you're set on telling my story, whatever you think and whatever you write down, know this: I really forgot about the burial. I only remembered the horses. They were so beautiful. So brutal. And they stood like men.