A woman living with ovarian cancer describes her experience going through debulking surgery, during which parts or whole organs in the lower abdomen are removed, and searches for understanding and offers hope and support to other people in need.

NPR stories about Memoir of a Debulked Woman 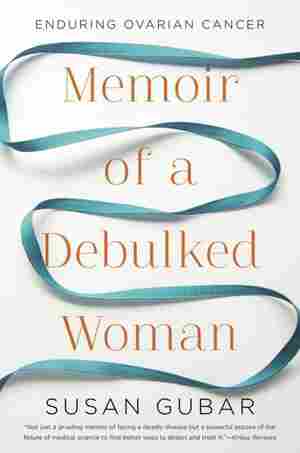 May 1, 2012 • Feminist literary scholar Susan Gubar was diagnosed with advanced ovarian cancer in November 2008. In Memoir of a Debulked Woman, she details — with graphic honesty — the physical and emotional pain, the surgery, chemotherapy, "intestinal disasters" and psychological changes that followed.

Excerpt: Memoir Of A Debulked Woman

When i heard the diagnosis of ovarian cancer on November 5, 2008, I assumed it was a death sentence. Lying on a gurney in a hospital hallway, I concentrated on accepting my impending mortality with equanimity. Scientific advances have not yet made a significant impact on detection or treatment and ovarian cancer remains largely incurable.

The January 2010 Mayo Clinic website contests my judgment by suggesting that medical science has progressed far enough for us to jettison depressing assumptions. "Until recently," MayoClinic.com states, "ovarian cancer was known as a 'silent killer' because it usually wasn't found until it had spread to other areas of your body. But new evidence shows that most women may have symptoms even in the early stages, and awareness of symptoms may hopefully lead to earlier detection." Upbeat as these sentences sound, note the hedges and qualifiers: "most women may have symptoms" and "awareness of symptoms may hopefully lead to earlier detection." A standard guide to ovarian cancer, produced by Johns Hopkins University Hospital, opens with related but different assurances, namely that the informed patient–reader "will be quite comfortable with the language of the disease as well as the treatment philosophies." In various venues, courageous women speak poignantly about ovarian cancer as a chronic and treatable illness with which they continue to live. Statistics, however, tell another, more pessimistic tale. "Long-term survival rates have hardly improved since the 1970s" because "more than 70% of women present with disease spread beyond the ovaries." Even with sophisticated medical care, most of these patients suffer terminal recurrences a few years after diagnosis. "People with ovarian cancer die of ovarian cancer," a blunt doctor explains in a novel by Richard Powers.

What do women experience between diagnosis and death or, within a narrower framework, during initial and successive treatments? There were 21,550 new cases of ovarian cancer that occurred in the United States in 2009, and an additional 14,600 women died from it. It used to be estimated that one out of seventy American women will get the disease, the deadliest of all gynecological cancers, though recently the number sometimes cited is one in fifty-five. There are very few published personal accounts for them to consult since for decades, indeed for centuries, women have generally maintained silence about the silent killer. Possibly theirs were not stories about being "quite comfortable" with their physicians' language or treatments. Possibly the disintegration of the body stalled the composing of narratives or despondency attendant upon the disintegration of the body took its toll. Soon after the diagnosis, I realized that my quirky responses and encounters could not possibly convey the tribulations of all the variously situated women who struggle to endure between diagnosis and death, but certain factors in my background and situation would make it possible for me to find the few accounts that do exist and to record what has thus far gone unrecorded. I have frequently in the past set out to investigate matters that I wanted to write about. So I began to inquire into the disease and to write about it and its medical treatment. Even at the moment of diagnosis, my age, family history, and scholarly habits helped me to accept the disease and then to describe subsequent medical responses.

But I was not prepared for the horrific ordeals many ovarian cancer patients undergo. Acquiescence upon hearing the diagnosis would not sustain me or could not be sustained during the six months that followed. Resolute acceptance tangled with dismay, snarled with depression as I descended into deeper circles of an inferno in which I suffered less from the disease, more from grotesque surgeries and procedures performed by the most enlightened and proficient practitioners of contemporary medicine. "My treatment imperils my health," the main character in Margaret Edson's play Wit exclaims about protocols that damage the patient's capacity to confront mortal illness with equanimity. As imaginative (rather than medical) authors insist, current remedies do not cure the disease. Instead, they debilitate the person dealing with it until she barely recognizes her mind, spirit, or body as her own. Enduring ovarian cancer mires patients in treatments more patently hideous than the symptoms originally produced by the disease, while ovarian cancer itself endures as it has for centuries, unchecked in any significant way by the new findings of contemporary science. Surely at this point I should have been ready to relinquish the proactive advice of physicians, bow to the consequences of the incurable nature of the disease, and embrace my imminent fate.

Yet weirdly, unpredictably, even after those horrific six months, I continued to seek out medical interventions. If I started out skeptical about the current treatments of ovarian cancer and soon grew convinced of their barbarism, why then did I — a woman persuaded that I had been granted a richly rewarding existence, a person for some time committed to hospice and to the acknowledgment of my own mortality — continue to pursue subsequent protocols that prolonged or escalated my misery? Under what circumstances and why do the incurably ill delay the decision to relinquish expensive and debilitating treatments that cannot cure our diseases? These questions, and their provisional answers, proliferate on the slippery slope leading to the state called terminal.

At times it may be difficult to ascertain exactly where and when that slippery slope begins to exert its gravitational pull on the debulked woman. Debulking — the surgical removal of a part of a malignant growth that cannot be totally excised — remains the standard initial response to advanced ovarian cancer. Yet it is "used only in specific malignancies, as generally partial removal of a tumor is not considered a worthwhile intervention," according to the entry on Wikipedia (emphasis mine). Can it be possible that none of the medical responses to ovarian cancer should be judged worthwhile interventions? When my engagement with the disease began, such a frightful possibility did not enter my mind. Because I had previously enjoyed some sixty good years on earth as well as an appreciation of them, I had not yet comprehended the difficulty of weighing life-extending measures against their capacity to destroy the pleasures of existence.

At the close of the day on which Indiana turned a Democratic blue state for the first time in almost half a century, I watched that color cast a pall over the face of a young doctor interpreting a CT image in an emergency room. The hospitalist — what an odd name for a person with an important job — was clearly rattled. Neither acute pain nor a detected lump, only an odd feeling of satiety and digestive problems had brought me to the Bloomington Hospital for a scan on the afternoon of November 5. Though the scan could not be described as taxing, after dinner I felt uncomfortable and curious enough about the findings to make my way back to the hospital, where only the ER was open and staffed. There and then, a doctor hastily processed papers for admission to the hospital — presumably to get me more quickly to an oncologist. I remember a moment of extraordinary calm when left on a gurney with a whisper of the initial diagnosis of advanced ovarian cancer. The phrase "praying to accept" sounds patently inadequate to describe this experience, for it resonates with too many connotations of rigorous training in spiritual meditation, which I had never undertaken. Rather, left to my own devices in a generic hospital hall, relief was in some small measure part of what I felt descending, a spontaneous and weird sense of liberation, if not a sort of elation or euphoria. A pervasive sense of release or reprieve took hold, not unprompted but instead prompted by the worst possible news.

From Memoir of a Debulked Woman: Enduring Ovarian Cancer by Susan Gubar. Copyright 2012 by Susan Gubar. Excerpted with the permission of the publisher, W.W. Norton & Company.