Accessibility links
Engines of Change NPR coverage of Engines of Change: A History of the American Dream in Fifteen Cars by Paul Ingrassia. News, author interviews, critics' picks and more.

A History of the American Dream in Fifteen Cars

Chronicles the history reflected by fifteen iconic car models to discuss how automobiles reflect key cultural shifts as well as developments in such areas as manufacturing, women's rights, and environmental awareness.

NPR stories about Engines of Change 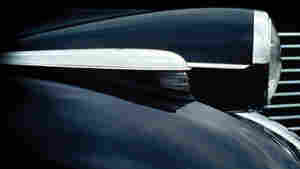 May 1, 2012 • The invention of Henry Ford's Model T in 1908 sparked the birth of the automobile industry. Since then, cars have played a monumental role in defining American culture. Paul Ingrassia's new book, Engines of Change, highlights 15 cars that have shaped the way Americans live.

WHEN HENRY MET SALLIE: CAR WARS AND CULTURE CLASHES AT THE DAWN OF AMERICA'S AUTOMOTIVE AGE

Just north of downtown Detroit on a small street called Piquette sits an inner-city storefront church called the Abundant Faith Cathedral. By the looks of the surrounding weed-choked lots and empty factories, abundant faith is exactly what's needed, not to mention plenty of hope. The neighborhood is a postindustrial ghetto, although right across the street from the church is a functioning business called the general linen & uniform service. It occupies the first floor of an old building where, as unlikely as it seems, modern America began.

Instead of being built and priced for America's emerging industrial elite like most other cars of its day, the Model T was simple, practical, and affordable. "I will build a motor car for the great multitude," Henry Ford said. "No man making a good salary will be unable to own one — and enjoy with his family the blessing of hours of pleasure in god's great open spaces."

The key to hours of pleasure as opposed to days in the repair shop was a reliable and light design. The Model T's chassis flexed with the road, often uncomfortably so, but it could be driven or pushed out of places from which bigger, heavier cars wouldn't budge. Henry Ford's favorite joke was about the farmer who wanted to be buried in his Model T, because it had gotten him out of every hole he had ever been in. The car was available in body styles ranging from a racy open-air "speedster" to a five-passenger sedan. It even could be adapted to fit campers equipped with water tanks and sleeping beds, presaging the Volkswagen Microbus half a century later.

The "Tin Lizzie," as the Model T was nicknamed for reasons now obscure, provided unprecedented mobility, easing the isolation of farm life and ending rural peasantry in America. It initially cost $850, compared to upward of $1,000 for comparable cars, but by 1924 the Model T's price would be just $260. The drastic price cuts were made possible by another innovation, the moving assembly line, which Ford developed after outgrowing the Piquette street plant and moving to a larger factory a few miles away. He followed the moving assembly line with the $5 day, more than double the average factory wage at the time.

The Model T and mass production sparked a chain reaction that created a new world. To paraphrase the story of the original creation: "Yea, Henry begat the Model T which begat mass production which begat the $5 day. And verily, those begat the middle class, the suburbs, shopping malls, McDonald's, Taco bell, drive-through banking, and other things beloved of the modern-day philistines." That might not have been the erudite essay Steinbeck had in mind, but it does describe what Ford wrought.

The Model T promoted social networking one hundred years before Facebook and fostered a sexual revolution a half century before the pill. "Most of the babies of the period were conceived in Model T Fords and not a few were born in them," wrote Steinbeck. "The theory of the Anglo Saxon home became so warped that it never quite recovered." And it wasn't just Anglo-Saxons homes. Eventually the Model T would be made in nineteen countries from Australia to Argentina, and many places in between.

This rich legacy caused some 13,000 Model T collectors to gather in America's heartland in July 2008 to celebrate the centennial of the revolutionary car. "The Ford Model T has never been just a car — in many ways, it's the car," a representative from the Ford Motor Company told the crowd. "The car that started it all. The car that put the world on wheels. The car that changed everything." Looking strikingly like his great-great-grandfather, the speaker was a twenty-eight-year-old purchasing manager named Henry Ford III.

The Model T ruled the roads for twenty years, from 1908 to 1927, until suddenly its day was done. It was hit by the meteor of the roaring Twenties, when cars became vehicles for personal expression as well as for transportation. The automobiles that epitomized this change debuted in 1927, the Model T's last year, as the first mass-market designer cars — "inherently smart, individual and racy," declared a sales leaflet, "the epitome of this zestful age." They were LaSalles, junior versions of Cadillacs, the most prestigious marque in the general Motors hierarchy of brands.

Billed as a "companion brand" to Cadillac and sold by the same dealers, LaSalles were smaller, lighter, and sportier. They were aimed at the "smart set," the 1920s term for "yuppies." While the Model T was relentlessly practical, the ultimate household appliance, the LaSalle was exuberantly stylish. Harley Earl, the man who designed it, was the polar opposite of Henry Ford.

While Ford was the consummate country mouse, raised in then-rural southeast Michigan in the years following the Civil War, Earl was a sophisticated city mouse. He hailed from a well-to-do family in Los Angeles. He graduated from Hollywood High in 1912, attended Southern Cal and Stanford, and launched a career building custom car bodies. One of his clients was a silver-screen cowboy named Tom Mix, for whom Earl designed a car with a saddle on the hood. (It was, to be sure, a one-off job.)

Through an unlikely chain of connections Earl was invited to Detroit in 1926 by the bigwigs at general Motors to try his hand at design. He soon realized that Detroit, just like Hollywood, could manufacture dreams. A year later Earl was hired by GM to form the auto industry's first design department, which he would run for the next thirty-one years, from the Jazz Age to the space Age. "People like . . . visual entertainment," Harley Earl would say, and that's what he would give them.

During its fourteen-year life the LaSalle did for upward mobility what the Model T had done for personal mobility. The two cars epitomized different philosophies about cars, society, and people. One was country, the other was country club. One was dutiful and self-reliant; the other beautiful and self-indulgent. The Model T might have been used for sex, but the LaSalle was designed for sex appeal. The yin-yang contrast between the two cars would reflect different philosophies that helped shape American culture and would echo in future cars that, like the Model T and the LaSalle, defined the ethos of their day.