Corruption and Reform in Chicago

Examines Chicago's history of political corruption and reform efforts, and discusses how conflicts between reformers and corrupt politicians were reflections of incompatible ethnic, class, and religious values. 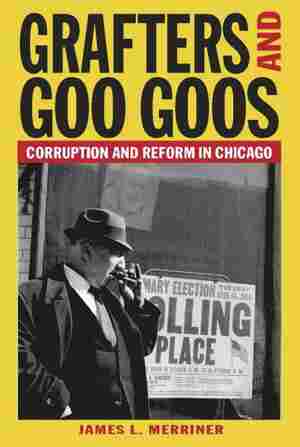 June 26, 2012 • The term "Chicago politics" gets bandied about whenever people complain about what they see as corruption and abuse of power. But what does it actually mean? These four books examine the city's hardball approach to politics through various lenses.

More than twenty years ago when I started reporting for a Chicago newspaper, I thought the city's reputation for lurid political wickedness was overblown, that it was an indelible but mythical hangover from the time of Al Capone. Surely, after decades of reform and the emergence of a well-educated, professional political class, public corruption — while it still made headlines — was the exception and not the rule.

With more experience, I marveled at the regular procession to jail of Chicago aldermen, judges, and state legislators, joined by Illinois governors and congressmen. My perspective was journalistic, and I wondered at how often media exposes of their wrongdoings demand little exertion in what is called investigative reporting. Not to disparage the Chicago media's tradition of aggressive investigations, but the task at times was like strolling through a field of rocks and choosing at random which ones to turn over. In fact, some turned over by themselves as prosecutors leaked damaging information about public officials to the news media.

At this point, protocol requires one to stipulate that most public officials are honest and dedicated and that the media sensationalize the relatively few felons. I readily so stipulate. But that does not dispose of the issue. How is it that so many Chicago-area politicians are crooks, even after more than a century of good-government reform campaigns, with reformers among the city's most lauded citizens? Is this experience peculiar to Chicago, or does the city's history have something to say to the nation as a whole?

While doing research for a biography of former U.S. House Ways and Means Committee chairman Daniel D. Rostenkowski of Chicago, I was surprised to find no general history of Chicago corruption and reform. There are many biographies of Al Capone, Richard J. Daley, and other figures, along with studies of various reform and crime-fighting movements — but no overview of the entire dynamic. This omission is perplexing because Chicago's mythology of constant crookedness easily matches or surpasses that of the Barbary Coast era in San Francisco, Tammany Hall in New York City, or the Pendergast machine in Kansas City (to name just three), or of the historically corrupt state governments of Illinois, Maryland, Massachusetts, Missouri, and Texas (to name just five).

Further research turned up many analyses of the Progressive reform movement of a century ago and of big-city political bossism. Yet both of those phenomena are mostly gone with the wind. Thus the need for this book, aimed both at general readers and political, history, and urban studies specialists, seemed clear.

The topic is current because America is confused about what exactly constitutes public corruption nowadays. With local, state, and federal governments regulating and subsidizing nearly everything, the line between legal and illegal manipulations of the system is blurred. For example, when Dan Rostenkowski pleaded guilty to the misuse of public and. campaign funds in 1995, his defenders saw him as the victim of overzealous prosecutors and media scandalmongers who condemned him for activities that used to be legal — indeed, almost encouraged. The indictment and plea left many unconvinced that Rostenkowski was crooked.

Such a viewpoint suggests another question about Chicago: despite its delightfully colorful history, is the city really all that corrupt? Perhaps mythology overtakes reality. The scanty comparative data are suggestive but inconclusive. An academic survey of newspaper articles stated that the eastern north-central region, which includes Chicago, compiled 120 public corruption cases from 1970 to 1976. The nearest competitor, the south Atlantic region, had fifty-eight. Similarly, a 1977 study by the Justice Department showed that the northern district of Illinois led the country with 135 convictions of public officials in the previous seven years, compared with 101 in New York City and sixty-six in New Jersey. By themselves, these figures prove nothing. They might reflect exceptionally ambitious prosecutors in Chicago or any of a number of other factors.

Still, when I described this book project to colleagues and friends, the response was almost always a joke to the effect that it would take multiple volumes. Chicago's reputation for corruption is, if nothing else, a basis of local and even national folklore and humor. Indeed, the history is so rich that one of the difficulties in writing this book was deciding what to leave out. At the least, the names of many indicted public officials have been omitted as redundant if not tiresome.

Any study of reform and corruption is problematic in that corruption is not a specific crime. Likewise, reform is a slippery term lacking a consensual definition. One person's reform is to another a deformity of the social and political system, as the example of Prohibition more than amply demonstrates.
Corruption is defined herein as the use of improper political influence for private gain. Reform is the effort to prevent that activity.

My viewpoint is that the politics of corruption and reform were outgrowths of class, ethnic, and religious conflicts. The real story lies less in the dramatic clashes between bosses and reformers than in the ways their cultural backgrounds drove their agendas. If there is a single theme, it is that politicians tended to abuse their power while reformers tended to abuse their own, all while pursuing their own conceptions of self-interest as well as of the common good.

The organization of such a narrative sprawl might daunt better writers than I. The first question was whether to structure the book thematically or chronologically. Chronology won out for reasons of simplicity. Second, I did not want to compile a mere summary of previous works but to perform original research. Toward that end I reviewed the internal history of reform groups in neglected manuscript collections in various depositories. These documents revealed the ambiguities of reform and nominated few people for sainthood.
The larger dilemma was whether to concentrate on personalities or institutions, specific incidents or societal trends. The upshot was a compromise that examines major reformers and politicians against a backdrop of social history — a blend of anecdotes and analysis. To whatever extent that the blend succeeds, this book does not claim to be more than a one-volume overview of a very big story.