The Battle for the American Idea in an Age of Discontent

Title
Our Divided Political Heart
Subtitle
The Battle for the American Idea in an Age of Discontent
Author
E. J. Dionne Jr.

Noted political commentator E.J. Dionne offers a passionate argument about American identity, what is tearing the United States apart and what can be done to restore Americans' confidence. 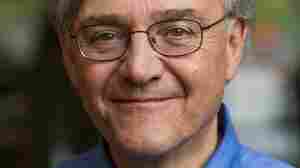 E.J. Dionne Jr. writes a weekly column for The Washington Post on national policy and politics. He lives in Bethesda, Md., with his wife, Mary, and their three children. Paul Morigi/Courtesy of Bloombury USA hide caption

May 22, 2012 • For years, the Tea Party has held individualism up as the great American value. But columnist E.J. Dionne Jr. says that Americans historically have prized communitarianism just as much. In Our Divided Political Heart, Dionne argues that America is at its best when it balances the two.

Who We Are: Liberty, Community, and the American Character

Fear of decline is one of the oldest American impulses. It speaks, oddly, to our confidence that we occupy a lofty position in history and among nations: we always assume we are in a place from which we can decline. It's why there is a vast literature on "American exceptionalism" and why we think of ourselves as "a city on a hill," "the first new nation," "a beacon to the world," and "a light among nations."

When they arise, our declinist sentiments usually have specific sources in economic or foreign policy travails. These apprehensions quickly lead to bouts of soul-searching that go beyond concrete problems to abstract and even spiritual worries about the nation's values and moral purposes. When we feel we are in decline, we sense that we have lost our balance. We argue about what history teaches us — and usually disagree about what history actually says. We conclude that behind every crisis related to economics and the global distribution of power lurks a crisis of the soul.

Because of this, gifted politicians from Franklin Roosevelt and John Kennedy to Ronald Reagan and Barack Obama have been able to transform national anxieties into narratives of hope: "The only thing we have to fear is fear itself." "Get the country moving again." "Let's make America great again." "Change we can believe in."

A yearning to reverse decline played just below the surface in Obama's campaign in 2008. His victory was a response to a national mood conditioned by anxiety. By the end of George W. Bush's second term, Americans worried that in the first decade of the new millennium, their country had squandered its international advantages, degraded its power with a long and unnecessary engagement in Iraq, and wrecked the federal government's finances. Then came the devastation of the worst financial crisis in eighty years. This was happening as not just China but also India and Brazil were widely seen as challenging American preeminence.

Obama's 2008 campaign was well calibrated to respond to the nation's longing for reassurance. Consider the emphasis in his posters featuring the "Hope" and "Change we can believe in" slogans. Whether by design or luck, the words hope and believe were pointed responses to a spiritual crisis engendered by fears of lost supremacy. They help explain why the Obama campaign so often felt like a religious crusade.

Still, the election of a young, bold, and uplifting president so different in background from all of our earlier leaders — and so different in temperament from his immediate predecessor — was not an elixir. Obama alone could not instantly cure what ailed us or heal all of our wounds. The difficulty in producing a sustainable economic upturn (even if the hopes for a miraculous recovery were always unrealistic) only deepened the nation's sense that something was badly wrong. Obama himself could not fully grasp the opportunity the sense of crisis presented, and he failed, particularly in the first part of his term, to understand how the depth of the nation's political polarization would inevitably foil his pledge to bring the country together across the lines of party and ideology. The same fears of decline that bolstered his 2008 campaign quickly gave force to a rebellion on the right that looked back to the nation's Revolutionary origins in calling itself the Tea Party. Embracing the Tea Party, Republicans swept to victory in the 2010 elections, seizing control of the House and expanding their blocking power in the Senate. Whatever Obama was for, whatever he undertook, whatever he proposed — all of it was seen as undermining traditional American liberties and moving the country toward some ill-defined socialism. Whatever else they did, Republicans would make sure they prevented Obama from accomplishing anything more. Over and over, they vowed to make him a one-term president. The result was an ugliness in Washington typified by the debilitating debt ceiling fight in the summer of 2011. It fed a worldwide sense that the United States could no longer govern itself.

Late in Obama's term, the Occupy Wall Street movement rose up in rebellion against abuses in the financial world that had caused the meltdown. The new wave of protest focused the country's attention on the extent to which the nation's economic gains over the previous three decades had been concentrated among the very wealthiest Americans — the top 1 percent of earners, and especially the top sliver of that 1 percent. Decline was not simply an abstract fear; many Americans sensed its effects in their own lives.

This book is an effort to make sense of our current political unhappiness, to offer an explanation for why divisions in our politics run so deep, and to reflect on why we are arguing so much about our nation's history and what it means.

I believe that Americans are more frustrated with politics and with ourselves than we have to be, more fearful of national decline than our actual position in the world or our difficulties would justify, and less confident than our history suggests we should be. The American past provides us with the resources we need to move beyond a lost decade and the anger that seems to engulf us all. But Americans are right to sense that the country confronts a time of decision. We are right to feel that that the old ways of compromise have become irrelevant to the way we govern ourselves now. We are right to feel that traditional paths to upward mobility have been blocked, that inequalities have grown, and that the old social contract — written in the wake of World War II and based on shared prosperity — has been torn up. Musty bromides about centrism and moderation will do nothing to quell our anxieties and our fears.

At moments of this sort, bookshelves and reading devices quickly fill with political cookbooks and repair kits. They offer recipes for national renewal and carefully wrought step-by-step suggestions for national renovation. Many of these offerings are thoughtful and well conceived. But our current unease arises less from a shortage of specific plans or programs than from a sense that our political system is so obstructed and so polarized that even good ideas commanding broad support have little chance of prevailing. We don't have constructive debate because we cannot agree on the facts or on any common ground defined by shared moral commitments.