The patients of the Sacred Heart Hospital for All Ailments need a miracle, and Alice Bhatti may be just what they're looking for. She's the daughter of a part-time healer in the French Colony, Karachi's infamous Christian slum, and it seems she has, unhappily, inherited his part-time gift. With a bit of begrudging but inspired improvisation, Alice begins to bring succor to patients in the overflowing hospital.

NPR stories about Our Lady Of Alice Bhatti 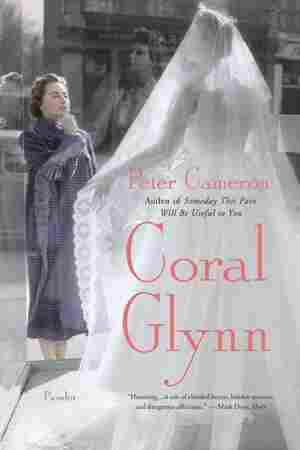 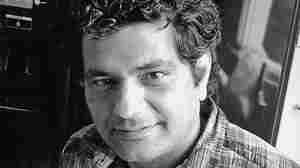 May 24, 2012 • The journalist turns to fiction to tell Pakistan's hardest truths. His first novel, A Case of Exploding Mangoes, investigated the death of dictator Zia-ul-Haq; and his latest, Our Lady of Alice Bhatti, looks at the fate of women and minorities in the country.

Excerpt: Our Lady of Alice Bhatti

Less than three minutes in front of the interview panel and Alice Bhatti knows in her heart that she is not likely to get the job advertised as Replacement Junior Nurse, Grade 4. A sharp tingling in the back of her neck warns her that not getting the job might not even be the worst thing that could happen here. No questions have been asked yet, but she knows that all the preparation–her starched white uniform, the new file, a faint smudge of mud-brown lipstick, breathing exercises she has done to control her jumpy heart, even the banana she ate on the bus to stop her stomach from rumbling–all seems like wasted investment, halal money down the haram drain, as her father Joseph Bhatti had put it. "These Muslas will make you clean their shit and then complain that you stink," he had said. "And our own brothers at the Sacred? They will educate you and then ask you why you stink."

The room is a monument to pharmaceutical merchandising: the orange wall clock from GlaxoSmithKline, the wall calendar with blonde models in various stages of migraine from Pfizer Pain Management Systems, the box of pink tissues promising Dry Days, Dry Nights. The ornamented gold-framed verse from the Quran exhorting the virtues of cleanliness carries the logo of Ciba-Geigy: a housefly in its death throes.

Alice Bhatti wonders if she can put in a request to be interviewed while standing. She shifts on her feet and tries to become invisible by clutching the file to her chest. The file contains nothing except a copy of her job application. She doesn't get the opportunity to ask anything as the interview panel is too busy debating the cost-benefit ratio for patients on pacemakers. They are at the end of a heated argument and everyone wants to get the last word in. She doesn't really understand what they are talking about, only wonders why she was called in if all they were going to talk about was electricity generators, ventilators, running costs and heartless relatives of the deceased arriving from Toronto or Dubai, brandishing their grief to save some dollars or dirhams, refusing to pay up, holding ambulance drivers hostage, demanding compensation.

She has an odd sensation of overhearing a conversation that she is meant to overhear. She thinks maybe this conversation is part of the recruitment exercise; she'll be asked her views later and she should pay attention. The head of the orthopaedic unit only brings up words like "professionalism" and "Canadian immigration" when he is angry. Ortho Sir is very angry by now. "I am a professional." He pulls out a pink tissue from the Dry Nights box and pats the bald patch on his head. The grey diamond-shaped mark on his forehead is a testament to his five-times-a-day prayer routine, but his designer goatee belongs in some kafir fantasy. "My job is to cure people, to cure them at the worst of times. I don't decide when someone is going to die. He does." He raises his forefinger towards the ceiling. Alice Bhatti looks at the ceiling fan in confusion: Put your faith in Philips, it says.

If the relatives of the deceased are in Dubai and Toronto, she wonders, then what is the deceased doing in this death hole otherwise known as the Sacred Heart Hospital for All Ailments. Rights of admission reserved, it says in three languages on the signboard at the entrance. Enter at your peril, someone has scrawled under it, summing up the customers' sentiments. Leave your firearms and faith at the gate, says another sign under a small wooden cross, slightly askew and not painted in a long time, in the hope that people will forget that it's a Catholic establishment. This is not the kind of gate where anybody leaves anything, this is not the kind of place where people forget where you come from.

Senior Sister Hina Alvi sits on the interview panel with a paan tucked in the right side of her mouth, her tongue occasionally licking the crimson juice before it can become a dribble. This well-timed anticipatory lick will remain her main contribution to the proceedings. Alice Bhatti doesn't need an advanced nursing degree to know that Sister Hina doesn't like her. The only consolation is that there isn't much that Sister Hina Alvi does like. Alice smiles at her in the futile hope of winning her over. Nothing. She looks at her terrifying poise, the imperceptible movement of her jaw, the crimson lips, and her eyes that seem to be taking part in the discussion, and realises that Senior Sister Alvi's feelings towards her are slightly stronger than indifference: she hasn't yet decided whether this Alice woman even exists or not. Dr. Jamus Pereira, the chief medical officer of the hospital, is Alice Bhatti's only hope on this panel; he is the CMO for no reason other than the fact that he inherited the Sacred from his father, and he inherited it because of his inability to say no. But who can say no to a dying father who is pressing the family bible into your hands?

He sits with his fist under his chin and seems to be wondering how long before Ortho Sir will start healing multiple fractures with the power of his principled stance.

Alice looks at him and realises that if Dr. Jamus Pereira is your best hope in this world, you'd better abandon all hope.