Accessibility links
A Wilderness Of Error NPR coverage of A Wilderness of Error: The Trials of Jeffrey MacDonald by Errol Morris. News, author interviews, critics' picks and more.

The Trials of Jeffrey MacDonald

More than 30 years ago, Jeffrey MacDonald was convicted of murdering his family, despite his claim that his loved ones were slaughtered by four hippies. In A Wilderness Of Errors, writer, filmmaker and former private detective Errol Morris suggests that the infamous Army doctor might not be guilty after all.

NPR stories about A Wilderness Of Error 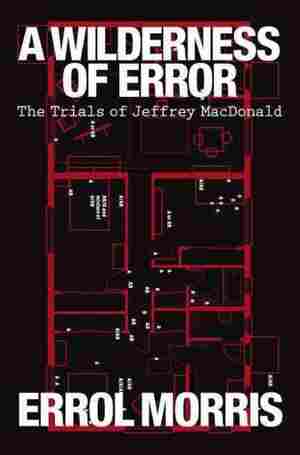 September 4, 2012 • In his latest true-crime account, Errol Morris argues that a man found guilty of a triple murder never should have been convicted. Morris makes the case for Jeffrey MacDonald's innocence by questioning the character and competence of the investigators. 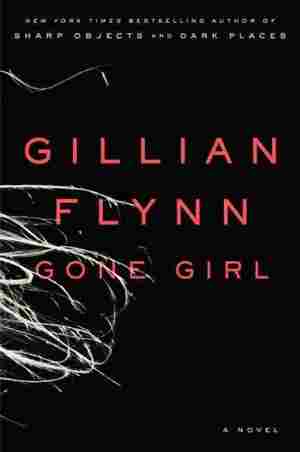 Excerpt: A Wilderness Of Error

My wife, my son, and I had fl own from Boston to Raleigh-Durham to join my mother-in-law and aunt Elizabeth, her older sister, in St. Pauls, North Carolina, a small town about twenty miles south of Fayetteville. There were hardly any grandchildren; our son, Hamilton, who was four years old, was the adored new addition to the family. I can't remember whether it was the year of the train set or the year of the tricycle, but it was a perfect day.

Often on Christmas we would pick pecans at a nearby farm. You open them by holding two pecans in your hand so you can crack one against the other. It was a wonderful small-town world — the redbrick house with the glassed-in porch and rockers, the breakfast room that looked out on the garden. The green Spode china. The ribbons in the living room from unwrapped presents. We were a young and loving family.

My wife and I decided on a small excursion before Christmas dinner. She had wanted to get out of the house. The destination was more or less my idea. A short drive north on the old U.S. highway past Hope Mills (where my mother-in-law and aunt had been born) to Fayetteville, past a pygmy replica of the Eiffel Tower at the Bordeaux Shopping Center, and then on to Fort Bragg. In those days, Fort Bragg was an open base, easily accessible. It wasn't hard to get around, and after consulting various road maps, we found it.

There we were, standing in the cold, looking at the attached home where Jeffrey MacDonald, a physician and Green Beret, had lived with his family until February 17, 1970. Early that morning MacDonald's wife, Colette, and his two daughters — Kimberley, aged five, and Kristen, aged two — were brutally murdered there.

The MacDonald case has produced vast quantities of material. Some of this can be found on Web sites exclusively devoted to the case, some is in various law offices around the country — those of a dozen or so defense and appellate attorneys who have represented MacDonald over the years.

Somewhere in this material, I found a photograph of Jeffrey MacDonald, Colette, and Kimberley. I'm not sure when it was taken. It might have been before Kristen was born. It is Christmas. On the left, a tree covered in tinsel and surrounded by presents. On the right, a fireplace and mantel covered with decorations. Jeffrey is peeking in to the picture, just at the edge of frame, as if he's trying to decide which present to open next. Kimberley, in a party dress with a white collar, is being handed a big blond doll by her mother. She looks thrilled. It's a universal picture.

I had seen photographs of the house. The house the day after the story of the murders broke; the house in subsequent years, the windows covered by plywood. The house had been kept sealed from 1970 until 1984 in the event that it and its contents might be needed as evidence. But on the night of June 7, 1984, the contents were burned and then buried at the Fort Bragg landfill.

The government made a list of the property that had been destroyed:

Everything that wasn't already locked up in a lab was incinerated, including the ceilings, interior walls, doors, windowsills, ledges, hardwood floors. Was some piece of evidence that could have unraveled the entire mystery lost in that bonfire? Could the house itself be interrogated? Could it have been forced to give up an answer?

I have asked myself many times since that Christmas Day, why didn't I plunge into the case then? It was shortly after I had finished The Thin Blue Line, the film based on my investigation of the Randall Dale Adams case — an investigation that had freed an innocent man from prison and had gotten a confession from the killer. I had struggled with that story for four years, only to be sued by the man I got out of prison. I told myself I didn't want to become involved in another miscarriage-of-justice story. They're difficult, perhaps too difficult. I didn't want to go through the agony, the risk, a second time.

And yet this was a different kind of miscarriage of justice, different from what we normally envision as a miscarriage of justice. The MacDonald story does have familiar themes: suppressed evidence, prosecutorial misconduct, bumbling investigators, forensic mix-ups, and so on. But there are new and different themes as well, many involving the media. Books, late-night talk shows, and a TV miniseries.

There is something disturbing about the MacDonald case, something that has made me return to it again and again over the years. It wasn't the brutality of the murders. I've interviewed my share of mass murderers, including Ed Gein and Edmund Kemper. I was afraid of something even more chilling — that MacDonald was innocent. That he had been made to witness the savage deaths of his family and then was wrongfully convicted for their murders. I wondered if people needed him to be guilty because the alternative was too horrible to contemplate.

It has been so long since I first became interested. I recently looked at my notes on what I had imagined doing with it, beginning in 1991. I am a filmmaker, so I first imagined it as a movie. I went to a variety of studio meetings. But the movie I wanted to make was nonstandard.

The pitch: there are two opposed theories of what happened at 544 Castle Drive on the morning of February 17, 1970. Neither had been proven beyond a reasonable doubt. Yet most Americans had only ever been presented with half a story, the half that held that MacDonald was definitely the killer, the half that was the basis for Joe McGinniss's Fatal Vision, a bestselling book that was adapted into a TV miniseries.

So let me describe the movie that I imagined. I wanted to cast Gary Cole, who played MacDonald in the TV miniseries, and to use him for my own reenactments of the case. I would juxtapose these reenactments with scenes from the original TV movie. It would be a version of Rashomon, the film by Akira Kurosawa, with competing narrators and different points of view. Here, it would be by the same actor.

Such a movie, I thought, could open the case back up and show how critical evidence was ignored or suppressed, how the evidence that was introduced does not confirm MacDonald's guilt. It could help people think and decide for themselves.

I stopped. The studio executive across the table clearly wanted to say no. She paused for a moment and said, "We can't make that." I asked why. "Because he's guilty," she said. "The man killed his family." And I said, "But he might be innocent." And she said, "No. He killed his family."

It became a recurring theme. People thought they knew the story, but it was because they had read the book, or had seen the TV miniseries, or both. And the important question was lost under the heap: Had anyone proved that Jeffrey MacDonald was guilty of the murder of his family? Millions of words have been spoken, written, read — affidavits, court transcripts, lab reports, videotaped interviews, newspaper articles, and now even blogs — but what do they really tell us?