In The Shadow Of The Sword

In The Shadow Of The Sword

In this sweeping history, Tom Holland reexamines the rise of Islam and places it within the context of the Roman and Persian empires.

NPR stories about In The Shadow Of The Sword 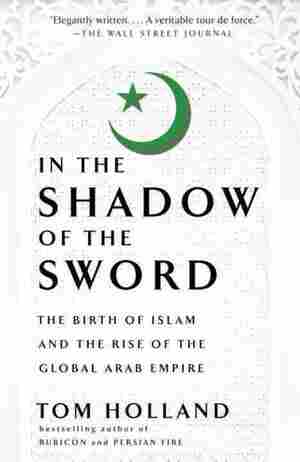 February 11, 2013 • In fiction, Christine Sneed's short stories about the perils of love, Peter Carey's tale of a mechanical bird, and Nell Freudenberger's portrait of a trans-Atlantic marriage arrive in paperback. In softcover nonfiction, Tom Holland charts the rise of Islam. 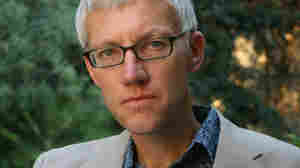 Historian Tom Holland has adapted Homer, Herodotus, Thucydides and Virgil for BBC Radio. His other history books include Rubicon, Persian Fire and The Forge of Christendom. Sadie Holland / hide caption

May 30, 2012 • Islam is conventionally thought to have arisen in the Arabian desert, free from any outside influences. But a new book by historian Tom Hollander provides some surprising historical context — and an origin story quite different from the one most people know.

Excerpt: In The Shadow Of The Sword

Yusuf As'ar Yath'ar, an Arab king celebrated for his long hair, his pietyand his utter ruthlessness, had been brought to defeat. Leaving the reek of the battlefield, he rode his blood-flecked white charger down to the very edge of the Red Sea. Behind him, he knew, Christian outliers would already be advancing against his palace — to seize his treasury, to capture his queen. Certainly, his conquerors had no cause to show him mercy. Few were more notorious among the Christians than Yusuf. Two years previously, looking to secure the south-west of Arabia for his own faith, he had captured their regional stronghold of Najran. What had happened next was a matter of shock and horror to Christians far beyond the limits of Himyar, the kingdom on the Red Sea that Yusuf had ruled, on and off, for just under a decade. The local church, with the bishop and a great multitude of his followers locked inside, had been put to the torch. A group of virgins, hurrying to join them, had hurled themselves on to the flames, crying defiantly as they did so how sweet it was to breathe in "the scent of burning priests!"1 Another woman, "whose face no one had ever seen outside the door of her house and who had never walked during the day in the city," had torn off her headscarf, the better to reproach the king. Yusuf, in his fury, had ordered her daughter and granddaughter killed before her, their blood poured down her throat, and then her own head to be sent flying.

Martyrdoms such as these, feted though they were by the Church, could not readily be forgiven. A great army, crossing from the Christian kingdom of Ethiopia, had duly landed in Himyar. The defenders had been cornered, engaged and routed. Now, with the shallows of the Red Sea lapping at his horse's hooves, Yusuf had come to the end of the road. Not all his obedience to the laws granted to God's chosen prophet had been sufficient to save him from ruin. Slowly, he urged his horse forwards, breasting the water, until at last, weighed down by his armour, he disappeared beneath the waves. So perished Yusuf As'ar Yath'ar: the last Jewish king ever to rule in Arabia.

The collapse of the kingdom of the Himyarites in AD 525 is not, it is fair to say, one of the more celebrated episodes of ancient history. Himyar itself, despite having prospered for some six centuries until its final overthrow under Yusuf, lacks the ready brand recognition today of a Babylon, or an Athens, or a Rome. Unsurprisingly so, perhaps: for southern Arabia, then as now, was firmly peripheral to the major centres of civilisation. Even the Arabs themselves, whom the peoples of more settled lands tended to dismiss as notorious brutes — "of all the nations of the earth, the most despised and insignificant" — might look askance at the presumed barbarities of the region. The Himyarites, so one Arab poet reported in shocked tones, left their women uncircumcised, "and do not think it disgusting to eat locusts." Behaviour that clearly branded them as beyond the pale.

Yet, it is not only in terms of its geography that Himyar seems to lie in shadow. Similarly obscure is the period in which the death of Yusuf occurred. The sixth century AD defies precise categorisation. It seems to stand between two ages. If it looks back to the world of classical civilisation, then so also does it look forward to the world of the Crusades. Historians categorise it, and the centuries either side of it, as "late antiquity": a phrase that conveys a sense of lengthening shadows, and the Middle Ages soon to come.

For anyone accustomed to thinking of history as a succession of neatly defined and self-enclosed epochs, there is something vaguely unsettling about this. Rather like the scientist in the classic horror film The Fly, who ends up a mutant combination of human and insect, the world of late antiquity can seem, from our own perspective, peculiarly hybrid. Far beyond the borders of Yusuf's Himyarite kingdom, empires raised on fabulously ancient foundations still dominated the Near East and the Mediterranean, as they had done for centuries. Yet, their very age served only to highlight how profoundly they were coming to slip the moorings of their past. Take, for instance, the region immediately to the north of Arabia: the land we know today as Iraq. Here, across mudflats that had witnessed the dawn of urban civilisation, loyalty was owed to a king who was, just as his predecessor had been a whole millennium previously, a Persian. His dominions, like those of the Persian Empire that had existed a thousand years before, stretched eastwards to the frontiers of India, and deep into Central Asia. The splendours of the court over which he presided, the magnificence of its rituals, and the immodesty of his pretensions: all would have been perfectly familiar to a king of Babylon. That this was so, however, had been almost forgotten by the people of Iraq themselves. A spreading amnesia was blotting out memories that had endured for millennia. Even the Persians, far from venerating the truth about their glorious imperial heritage, had begun to obscure and distort it. The legacy of Iraq's incomparable history lived on — preserved in the Persians' fantasies of global rule and in the many glories that lent such fantasies credence — but increasingly it wore the look, not of ages departed, but of something new.

Excerpted from In The Shadow Of The Sword by Tom Holland Copyright 2012 by TOM HOLLAND. Excerpted by permission of Doubleday, a division of Random House, Inc. All rights reserved. No part of this excerpt may be reproduced or reprinted without permission in writing from the publisher.