What exactly is fermentation? And how does it work? Those were the questions that fascinated Sandor Ellix Katz for years. Katz calls himself a "fermentation revivalist" and has spent the past decade teaching workshops around the country on the ancient practice of fermenting food. Katz collects many of his recipes and techniques in a new book, The Art of Fermentation.

NPR stories about The Art of Fermentation 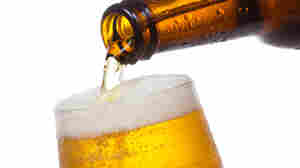 Beer may be the oldest fermented beverage on the planet. iStockphoto.com hide caption 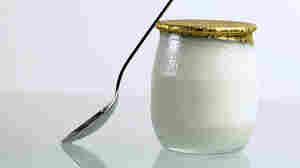 June 13, 2012 • Self-described "fermentation revivalist" Sandor Katz says "the creative space" between fresh and rotten is the root of most of humanity's prized delicacies. His new book, The Art of Fermentation, explores the ancient culinary art form.

Excerpt: The Art Of Fermentation

One word that repeatedly comes to the fore in my exploration and thinking about fermentation is culture. Fermentation relates to culture in many different ways, corresponding with the many layers of meaning embedded in this important word, from its literal and specific meanings in the context of microbiology to its broadest connotations. We call the starters that we add to milk to make yogurt, or to initiate any fermentation, cultures. Simultaneously, culture constitutes the totality of all that humans seek to pass from generation to generation, including language, music, art, literature, scientific knowledge, and belief systems, as well as agriculture and culinary techniques (in both of which fermentation occupies a central role).

In fact, the word culture comes from Latin cultura, a form of colere, "to cultivate." Our cultivation of the land and its creatures — plants, animals, fungi, and bacteria — is essential to culture. Reclaiming our food and our participation in cultivation is a means of cultural revival, taking action to break out of the confining and infantilizing dependency of the role of consumer (user), and taking back our dignity and power by becoming producers and creators.

This is not just about fermentation (even if, as a biological force upon our food, that is inevitable), but about food more broadly. Every living creature on this Earth interacts intimately with its environment via its food. Humans in our developed technological society, however, have largely severed this connection, and with disastrous results. Though affluent people have more food choices than people of the past could ever have dreamed of, and though one person's labor can produce more food today than ever before, the large-scale, commercial methods and systems that enable these phenomena are destroying our Earth, destroying our health, and depriving us of dignity. With respect to food, the vast majority of people are completely dependent for survival upon a fragile global infrastructure of monocultures, synthetic chemicals, biotechnology, and transportation.

Moving toward a more harmonious way of life and greater resilience requires our active participation. This means finding ways to become more aware of and connected to the other forms of life that are around us and that constitute our food — plants and animals, as well as bacteria and fungi — and to the resources, such as water, fuel, materials, tools, and transportation, upon which we depend. It means taking responsibility for our shit, both literally and figuratively. We can become creators of a better world, of better and more sustainable food choices, of greater awareness of resources, and of community based upon sharing. For culture to be strong and resilient, it must be a creative realm in which skills, information, and values are engaged and transmitted; culture cannot thrive as a consumer paradise or a spectator sport. Daily life offers constant opportunities for participatory action. Seize them.

Just as the microbial cultures exist only as communities, so too do our broader human cultures. Food is the greatest community builder there is. It invites people to sit and stay awhile, and families to gather together. It welcomes new neighbors and weary travelers and beloved old friends. And it takes a village to produce food. Many hands make light work, and food production often gives rise to specialization and exchange. And even more than food in general, fermented foods — especially beverages — play a significant role in community building. Not only are many feasts, rituals, and celebrations organized around products of fermentation (such as bread and wine), ferments are also among the oldest and most important of the foods that add both value and stability to the raw products of agriculture, essential to the economic underpinnings of all communities. The brewer and the baker are central participants in any grain-based economy; and wine transforms perishable grapes into a stable and coveted commodity, as does cheese for milk.

Reclaiming our food means reclaiming community, engaging its economic interconnectivity of specialization and divisions of labor, but at a human scale, promoting awareness of resources and local exchange. Transporting goods around the globe takes a huge amount of resources and wreaks environmental havoc. And while exotic foods can be thrilling treats, it's inappropriate and destructive to organize our lives primarily around them; most globalized food commodities are grown in vast monocultures, at the expense of forests and diverse subsistence crops. And by being totally dependent on an infrastructure of global trade, we make ourselves exceedingly vulnerable to disruptions for any number of reasons, from natural disasters (floods, earthquakes, tsunamis) and resource depletion (peak oil), to political violence (war, terrorism, organized crime).

Fermentation can be a centerpiece of economic revival. Relocalizing food means a renewal not only of agriculture but also of the processes used to transform and preserve the products of agriculture into the things that people eat and drink every day, including ferments such as bread, cheese, and beer. By participating in local food production — agriculture and beyond — we actually create important resources that can help fill our most basic daily needs. By supporting this local food revival, we recycle our dollars into our communities, where they may repeatedly circulate, supporting people in productive endeavors and creating incentives for people to acquire important skills, as well as feeding us fresher, healthier food with less fuel and pollution embedded in it. As our communities feed ourselves more and thereby reclaim power and dignity, we also decrease our collective dependency on the fragile infrastructure of global trade. Cultural revival means economic revival.

Everywhere I go I meet people who are making the choice to be part of this culture of revival. Perhaps this is exemplified best by the growing number of young people who are choosing to take up farming. The second half of the 20th century saw the near extinction of the tradition of regional food self-sufficiency in the United States and many other places. Today that tradition is in revival. Let us support and become part of it. Productive local food systems are better than globalized food for many reasons: They yield fresher and more nutritious food; local jobs and productivity; less dependence on fuel and infrastructure; and greater food security. We must become more closely connected to the land via our food, and we must have people willing to do the hard physical work of agriculture. Value and reward that work. And get involved with it.

I don't want to give the impression that this culture of revival is brand new. There always have been holdouts who resist new technologies, such as farmers who never adopted chemical methods, or never stopped using and saving the legacy of seed resources they inherited, or still use horses in lieu of tractors, or families who have unceasingly maintained fermentation practices. There have always been seekers looking to reconnect to old ways, or unwilling to accept the "conveniences" of modern culture. As much as culture is always reinventing itself in unprecedented ways, culture is continuity. There are always roots.

Cultural revival certainly does not require abandoning cities and suburbs for some remote rural ideal. We must create more harmonious ways of life where people and infrastructures are, and that is mostly cities and suburbs. "Sustainability" or "resilience" cannot be remote ideals you have to go somewhere else to fully realize. They are ethics we can and must build into our lives however we are able to and wherever we find ourselves.