Maureen N. McLane, a professor of British Romanticism at NYU, thinks through and appraises the poets who influenced her in a collection of experimental essays. Subjects include Chaucer, Dickinson, Stein, Gluck and Stevens.

NPR stories about My Poets 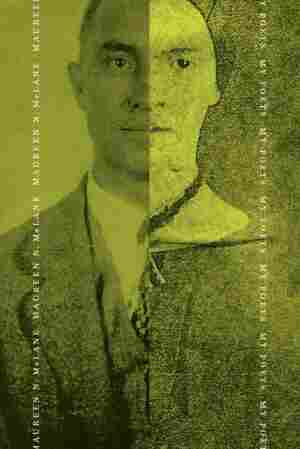 June 28, 2012 • Maureen McLane's experimental essay collection, My Poets, blends her academic and intellectual experiences with the poetry that has inspired her. The NYU professor tells her story through a series of reflections on poets from Chaucer to William Carlos Williams.

Was Troilus nought in a kankedort?

Isolate, peculiar, rare, obsolete, it surfaces in the language only once, according to the latest edition of the Oxford English Dictionary: in Chaucer's Troilus and Criseyde. "Kankedort": speculatively defined as a "difficult situation" by Larry D. Benson, editor of The Riverside Chaucer; further glossed in the OED as "a state of suspense; a critical position; an awkward affair."

A lonely word whose definition can be inferred only from its single, immediate context in Chaucer's poem: Troilus awaits his beloved, Criseyde, who is being led by her uncle Pandarus to Troilus's room for their first love-meeting. Pandarus — who throughout the poem behaves like unto his name, serving as pander, go-between, near-pimp of Criseyde. Here, at the very end of Book II, the lovesick Troilus awaits his long-sought love and nervously considers how to declare his passion:

And was the firste tyme he shulde hire preye

Of love; O mighty God, what shal he seye?

"Language is fossil poetry," Emerson declared in his essay "The Poet" (1844); some poetry becomes the amber in which the delicate fossils of a language are embedded. Was Troilus nought in a kankedort?

"A dream of a common language," Adrienne Rich imagined, a difficult dream. Kankedort falls out of this dream. W ords become obsolete, languages die, texts the tombs of the dead only some learn to reanimate. Kankedort: A hapax legomenon, to invoke a technical term of the Greek grammarians, themselves interested especially in those words that appeared only once in the Homeric corpus. Kankedort a hapax in Chaucer's Troilus and Criseyde but also in the English language itself. The OED marks kankedort as not only rare but obsolete.

You find yourself in a "difficult situation."

You're asked to choose a word that has meant something to you, an invitation that lends itself to thoughts of the exceptional word, the unusual word, of a word that lodged itself like a mystery, a word that gathered around it associations so personal and ramifying that the word itself becomes the sign of an epoch not only in Troilus's life but in yours. There are words that the dictionary deems "rare," "obsolete," "slang," "obscene": lexicographers can debate such classifications and have. There are words that are "rare" for the general and words that are "rare" for you, words that are "obsolete" in the language and those that are "obsolete" for you: "Christian"; "fuckwad"; "wife." That your mind runs this way, running aground on the reef of "kankedort," of "dulcarnoun" (Troilus and Criseyde, III.931), of "spatchcocked," "onomastics," and other such shoals, shows your tendency toward verbal fetishism, or more precisely lexical fetishism: one could ponder the depths of the commonest words — "thing," or "think" (as Wordsworth does, incessantly); "love," "kind" (see Shakespeare); the overwhelming power encoded in the humblest parts of speech, prepositions or articles, through which every basic relation shines forth. On. With. Together. Tow ard. Between. The the (Wallace Stevens).

To focus on the word is to focus on "a part of speech"; yet no one I know ever spontaneously spoke the word "kankedort." Perhaps only Chaucer himself ever spoke the word "kankedort." He was charting his way through one of the four major dialects then jostling for the privilege of ascending into a more standard "Englysshe": Chaucer's "Englysshe" will beat out John Gower's, and that of the Ancrene Wisse, and other fourteenth-century variants then available on the island of Britain. If you concentrate, you can almost read Chaucer without a gloss, even if contemporary "English" — whatever that might be — is your only language.

what shal he seye?

What should I say of kankedort other than the word constellates a time, a time of reading, a time of slow dawning and changing, of delicate then desperate realizing over many months and belatedly that I was in a kankedort; I was sick with love; I was in love with another; I knew not what to do; I did almost nothing; I found myself at dulcarnoun, at my wittes end; I almost did something bold; I didn't; then I did; then the plot changed, or its true drift was revealed — if only in retrospect.

The harsh Teutonic consonants surfacing amid Chaucer's romance syllables, his rhyme words more typically the elegant courtly polysyllables of a Norman French: m ischaunce; purveiaunce; daliance.Kankedort seems to leave Romance languages behind, calling up that other register of an emergent English, drawing upon Anglo-Saxon and other Germanic wells. It is striking that when Criseyde later finds herself at ... wittes end, in a dilemma, she invokes a technical term from medieval Latin, itself derived from Arabic: I am ... at dulcarnoun, she declares — dulcarnoun a term that seems to arise from a crux in geometry. It was always mixing, appropriating, bedeviling, this Englysshe.

The woman with whom I read Troilus and Criseyde and through whom I discovered kankedort died recently; she is beyond worldly care; I could hope that like Troilus her

but that such metaphysics would falsify what I took to be her enthusiastic embrace of this single palpable world. After his death Troilus is stellified — that is, he is turned into a star, circling in the heavens, now stoic, now amazed to ponder human folly:

And in hymself he lough right at the wo

Of hem that wepten for his deth so faste.

Before she died she told a friend she planned to return as an owl. I can imagine her like Troilus surveying this litel spot of erthe, though she would be willing, unlike Troilus, to perch on merely earthly branches.