If your dreams pull you in one direction and your heart in another, which should you follow? This is the question that haunts Kate Meadows, a world champion athlete whose 8-year-old daughter, Sophie, is battling a recurrence of childhood leukemia just as Kate is about to compete for her last chance at an Olympic gold medal. For years, Kate has sacrificed everything for her family and watched her best friend and closest rival, Zoe Castle, conquer the world stage. Kate has never won gold and will have to go through Zoe — who has everything to lose — to get it. 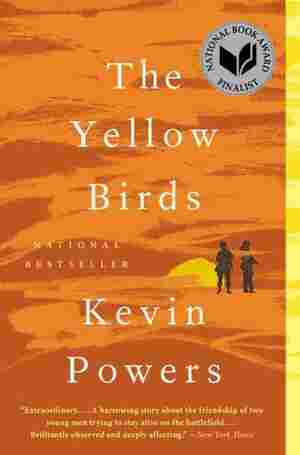 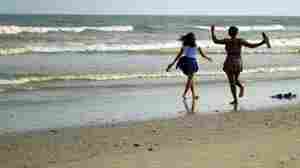 Novels For The Science-Attuned Brain

July 20, 2012 • Commentator Barbara J. King recommends five novels that touch on topics in the natural and social sciences. She connects them with themes taken up here by the five writers at the 13.7 Cosmos and Culture blog. 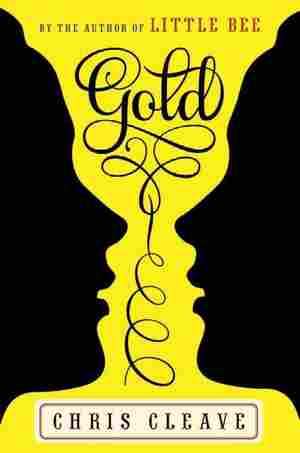 July 3, 2012 • Gear up for this summer's Games with Chris Cleave's new novel about three Olympic cyclists. With careful pacing, complex characters and an ambitious plot, the author of Little Bee crafts a tale of sports racing that explores themes of time, ambition and love.

June 30, 2012 • Chris Cleave's newest novel chronicles the friendship and rivalry between cyclists training for the 2012 Olympics. He speaks with NPR's Scott Simon about the fascination of athletic rivalries, how he got in shape for the book and what he hopes readers will take away.

Just on the other side of an unpainted metal door, five thousand men, women, and children were chanting her name. Zoe Castle didn't like it as much as she'd thought she would. She was twenty-four years old and she sat where her coach told her to sit, beside him, on a thin white bench with the blue protective film still on it.

It was just the two of them in the tiny subterranean changing room. The walls were freshly plastered, and little hardened curds of the stuff lay on the cement floor where they'd fallen from the trowel. Zoe kicked at one. It came detached, skittered away, and dinged against the metal door.

"What?" said her coach. Zoe shrugged. "Nothing."

When she'd visualized success — when she'd dared to imagine making it this far — the floors and the walls of every building in Athens had been Platonic surfaces, hewn from an Olympian material that glowed with inner light. The air had not smelled of drying cement. There hadn't been this white plastic document wallet on the floor, containing the manufacturer's installation guide for the air-conditioning unit that stood, partially connected, in the corner of the room.

Her coach saw her expression and grinned. "You're ready. That's the main thing."

She tried to smile back. The smile came out like a newborn foal: its legs buckled immediately.

Overhead, the public stamped its feet in time. The start was overdue. Air horns blared. The room shook; it was so loud that her back teeth buzzed in her jaw. The noise of the crowd was liquidizing her guts. She thought about leaving the velodrome by the back door, taking a taxi to the airport, and flying home on the first available jet. She wondered if she would be the first Olympian ever to do that simple, understandable thing: to quietly slope off from Olympus. There must be something she could do with herself, in civilian life. Magazines loved her. She looked good in clothes. She was beautiful, with her glossy black hair cropped short and her wide green eyes set in the pale, haunted face of an early European saint. There was the slightest touch of cruelty in the line of her lips, a hint of steel in the set of her face that caused the eye to linger. Maybe she should do something with that. She could give interviews, laughing backstage after the show when the journalist asked did she know she looked quite a lot like that British girl who ran off from the Olympics — what was her name again? Ha! she would say. I get that question all the time! And by the way, whatever did become of that girl?

Her coach's breathing was slow and even.

"Just another day at the office, right?"

When he saw how she looked at him, he raised his hands in supplication. "Sorry. Old coaching joke."

Zoe scowled. She was pissed off with Tom. It wasn't helping her at all, his insouciance — his pretense that this wasn't a huge deal. He was usually a much better coach than this, but the nerves were getting to him just when she most needed him to be strong. Maybe she should change coaches, as soon as she got back to England. She thought about telling him now, just to wipe that faux-wise smile off his face.

The worst part was that she was shivering uncontrollably, despite the unconditioned heat. It was humiliating, and she couldn't make it stop. She was already suited and warmed up. She'd given a urine sample and eight cc's of blood that must have been mostly adrenaline. She'd recorded a short, nervy piece to camera for her sponsors, signed the official race entry forms, and pinned her race number to the back of her skinsuit. Then she'd removed it and pinned it back on again, the right way up. There was nothing left to occupy these terrible minutes of waiting.

The crowd went up another frenzied gear.

She slammed the flats of her hands down on the bench. "I want to go up there! Why are they keeping the door locked?"

Tom yawned and waved the question away. "It's for our own safety. They'll let us up once security have checked the corridors."

Zoe held her head in her hands and rocked back and forth on the bench. It was torture, being locked in this tiny room, waiting for the race officials to release them. She couldn't stop her body shaking and she couldn't take her eyes off the metal door. It trembled on its hinges from the crowd noise. It was a strong door, designed to resist autograph seekers indefinitely or fire for thirty minutes, but fear came straight through it.

"Shitting myself. Honestly, Tom, aren't you?" She looked up at him.

He shook his head and leaned back. "At my age the big event isn't what scares you."

He shrugged. "Oh, you know. The lingering sensation that in pursuit of my own exacting goals and objectives I might not have been as generous in spirit as I could have been with regard to the needs and dreams of the people I cared most about or for whom I was emotionally responsible."

He popped the gum he was chewing and inspected his nails. Zoe seethed.

From the stands above them, a fresh cheer shook the building. The announcer was whipping up the crowd. They roared Zoe's name. They stamped harder. In the changing room the temporary strip light went off and flickered back to life by stuttering increments. A sudden rill of dust fell from an unfinished break in the plasterboard ceiling.

Tom said, "You think this building will hold?"

Tom grinned. "Oh come on, this is just another bike race. It's gravy."

He leaned close and took her arm. "You know what you should be scared of? The day they aren't shouting your name. Then you'll be like me. You'll be the dust collecting in the cracks between the boards of the track. You'll be the spit drying on the chewing gum stuck underneath the seats. You'll be the sound of the brooms sweeping up after the crowd has pissed off. You'd rather be all of that? Would you?"