Accessibility links
How To Be A Woman NPR coverage of How to Be a Woman by Caitlin Moran. News, author interviews, critics' picks and more.

Piecing together common-sense observations with scenes from her own life, a major media personality in the U.K. sheds new light on feminism, discussing the reasons why female rights and empowerment are essential issues for both women and society itself.

NPR stories about How To Be A Woman

From Puberty To Pop Culture: What It Means 'To Be A Woman'

January 3, 2013 • In How To Be A Woman, British columnist and critic Caitlin Moran describes her journey — thus far — through womanhood. She shares stories of the awkwardness of puberty, and the perils of fashion, career, marriage and childbirth. Along the way, she explores what it means to be a feminist today.

From Puberty To Pop Culture: What It Means 'To Be A Woman' 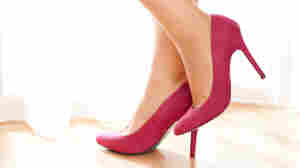 Not A Feminist? Caitlin Moran Wants To Know Why Not

August 1, 2012 • Moran believes that most women who don't want to be called feminists don't understand what feminism is. Her new book How to Be a Woman is a funny take on housework, high heels, body fat, abortion, marriage and, of course, Brazilian waxes. 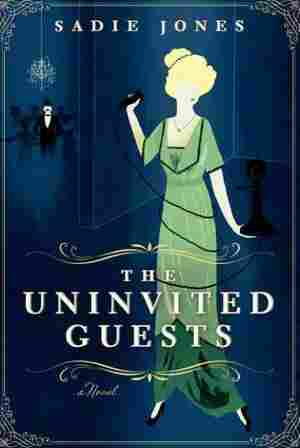 July 17, 2012 • Who says humor books can't be serious? Critic Heller McAlpin recommends some light but not weightless reads on mostly modern dilemmas: the pitfalls of class snobbery, what to do with those expensive higher degrees, the challenges of long marriages, and why otherwise rational women wear high heels. 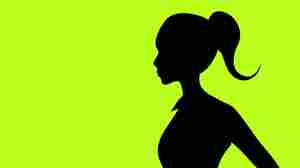 July 19, 2012 • In her essays, British columnist Caitlin Moran picks up funny feminism where Nora Ephron left off. She takes a fresh approach to hit topics from the past 40 or so years of feminist writing: sexuality, marriage, division of housework, female body fat, abortion and sexism in the workplace.

Excerpt: How to Be a Woman

I have no idea what to wear to a strip club. It's one of the biggest wardrobe crises of my life.

"What are you wearing? " I ask Vicky on the phone.

Then a bad thought occurs to me. "Actually, maybe we shouldn't both wear boots, low heel," I say. "If we look too matchy, people might think we're an act. You know. Like a lesbian act. And try and touch us."

"No one would believe you're a lesbian," Vicky sighs. "You'd make a terrible lesbian."

"I wouldn't!" I say indignantly. This offends my can-do nature.

"If I wanted, I could be a great lesbian!"

"No, you couldn't," Vicky says. "You're offensively heterosexual. You fancy Father Christmas. By no stretch of the imagination could Father Christmas be construed to have Sapphic androgyny. He wears Wellington boots indoors."

I can't believe Vicky is doubting my ability to be a lesbian, if I really wanted to be. She's seen how versatile I can be on a night out. Once, when we went to Bournemouth, we blagged our way backstage of a theater and convinced the star of the show — a legendary sitcom actor — that we were prostitutes, just to see his reaction. He said, "Blimey!" in a very edifying manner. My capabilities are endless. She doesn't know what she's talking about.

Vicky has asked me if I want to join her for a night out at Spearmint Rhino, on Tottenham Court Road. It's the year 2000, and strip clubs — for so long regarded as the holding pen for the last few sad, sweaty fucks on earth — have become acceptable again.

In Britain, the mid-nineties have been all about the rediscovery of the British working class's monochrome tropes — pubs, greyhound racing, anoraks, football in the park, bacon sandwiches, "birds" — and strip clubs come under this heading. "Ladettes" now enjoy a night out in the classier strip clubs of the metropolis. Various Spice Girls have been pictured in strip clubs, smoking cigars and cheering the acts on. Titty-bars are being marketed as an exciting, marginally loucher version of the Groucho Club — just somewhere for anyone who liked to start a night out at 1 a.m.

Partly out of journalistic hunger to cover the phenomenon, and partly because newspaper editors are invariably excited by pictures of female hacks in a strip club, the Evening Standard has asked Vicky to go spend an evening in the Rhino in order to see what all the fuss is about.

"It's against every single one of my feminist principles. These are arenas of abuse," I said when she called.

"The manager is giving us complimentary champagne all night," Vicky said.