Grieving for her werewolf lover, Talulla Demetriou is pregnant and popularly believed to be the last surviving werewolf. She flees to a remote Alaskan lodge to have her child in secret and avoid capture by the deadly forces — including, rumor has it, the oldest living vampire on Earth — that are after her. 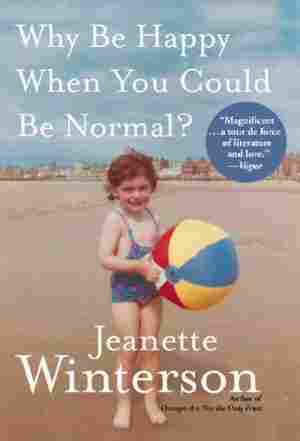 March 11-17: A Family Reunion, A Hunted Werewolf, A Military Standoff 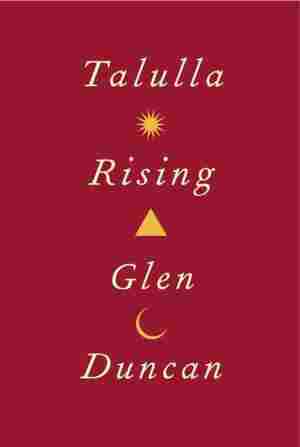 July 11, 2012 • You won't find sparkling vampires here — Glen Duncan's latest supernatural novel is full of violence, gore and sex. A sequel to The Last Werewolf, it follows antihero Talulla Demetriou as she deals with her lycanthropy, pregnancy and, of course, some undead enemies.

"Oh. mon Dieu," Cloquet said, when he opened the lodge door and saw me on the floor. "Fuck."

I was on my side, knees drawn up, face wet with sweat. Pregnancy and the hunger didn't get along. Hated each other, in fact. I pictured the baby pressing werewolf fingernails against my womb, five bits of broken glass on the skin of a balloon. And only myself to blame: When I could've got rid of it I didn't want to. Now that I wanted to it was too late. Conscience from the old life said: Serves you right. I'd fired conscience months back, but it was still hanging around, miserable, unshaven, nowhere else to go.

"Did you get it?" I gasped. Behind Cloquet the open door showed deep snow, the edge of the pine forest, frail constellations. Beauty mauled me even in this state. Aesthetic hypersensitivity was a by-product of slaughter. Life was full of these amoral relations, it turned out.

Cloquet rushed to my side, tugging off his thermal gloves. "Lie still," he said. "Don't try to speak." He smelled of outdoors, dense evergreens and the far north air like something purified by the flight of angels. "You have a temperature. Did you drink enough water?"

For the umpteenth time I wished my mother were alive. For the umpteenth time I thought how unspeakably happy I'd be if she and Jake walked in the door right now, grinning, the pair of them. My mother would dump her purse on the table in a puff of Chanel and say, For God's sake, Lulu, look at your hair — and the weight would lift and everything would be all right. Jake wouldn't have to say anything. He'd look at me and it would be there in his eyes, that he was for me, always, always — and the nightmare would reduce to a handful of solvable problems. (I'd expected their ghosts, naturally. I'd demanded their ghosts. I got nothing. The universe, it also turned out, was no more interested in werewolf demands than it was in human ones.)

Pain thickened under my toenails, warmed my eyeballs. Wulf smirked and kicked and cajoled in my blood. Come on, what's a few hours between friends? Let me out. Let me out. Every month the same delirious bullying, the same pointless impatience. I closed my eyes.

Bad idea. The footage ran, immediately: Delilah Snow's room, the wardrobe door swinging open, its long mirror introducing me to myself in all my grotesque glory, what I was, what I could do, the full range of my options. Monster. Murderer. Mother-to-be.

I opened my eyes.

"Let me get you some water," Cloquet said.

I had hold of his coat and was twisting it. My dead moaned and throbbed. My dead. My restless tenants. My forced family of thirteen. Those ghosts, yes, of course, as many as you like. The only way to be sure of never losing the ones you love. The Dahmer Method. Extreme, but effective.

Cherie. Mon ange. Ma belle. Lovers' endearments, though we weren't, and never would be, lovers.

One by one the broken-glass fingernails withdrew. The pain furled shut, like time-lapse film of a flower closing. By degrees, with Cloquet's help, I made it to the armchair. Wulf smiled. The prisoner's smile at the guard, knowing the breakout gang's already on its way.

"Did you get it?" I asked again, when I'd caught my breath. "At least tell me you got it."

Cloquet shook his head. "There was a screw-up. It's stuck in freight clearing at Anchorage. It'll be in Fairbanks Saturday morning. There's more snow coming, though. I'll have to take the Ski-Doo and trailer."

I didn't say anything. I was remembering an artwork I saw once at MOMA: a foetus made entirely of barbed wire. Lauren and I had just stood there looking at it, silenced.

"Don't worry," Cloquet said. "It's two days. You're not due for six weeks. I'll go back to Fairbanks Saturday first thing. They promise it'll be there. It has to be."

"It" was a consignment of obstetrics equipment, including oxygen machine, forceps, foetal and adult stethoscopes, heart monitor, PCA pump, sphygmomanometer and sutures. "Fairbanks" was Fairbanks, Alaska. Necessary obscurity: WOCOP — World Organization for the Control of Occult Phenomena (think CIA meets Keystone Kops meets Spanish Inquisition, Jake had said) — knew I'd survived Jake's death and was carrying his child. Its hunters wanted my head and its scientists wanted me strapped down in a lab. It didn't stop there. Having found a correlation between survived werewolf bites and increased sunlight tolerance, vampires were after — what else? — my blood. More than all that, my straw-clutching subconscious had seen the snow as a sterile environment, a natural hospital. Conventional medicine was out of the question (Well, Miss Demetriou, as you can see on the monitor, here's the umbilicus, and here's a very healthy-looking placenta, and of course here's the — JESUS FUCKING CHRIST WHAT IS THAT?) so Cloquet had found the converted hunting lodge, with its exposed beams and wood-burning stove and wardrobes that smelled of camphor. Three thousand dollars a week, no other residents within fifteen miles, no phone reception, a half-mile of dirt road through the Christmas trees' thrilled hush to the highway, from which Fairbanks was a ninety-minute drive southwest. I could scream as loud as I liked. No one would hear. I had a recurring vision of myself lying on the dining table in a pool of blood, screaming as loud as I liked. I had a lot of recurring visions.

"It doesn't matter," I said. "This thing's going to kill me anyway." Gratuitous. Post–Delilah Snow I was full of random cruelties. I knew how the fear of me dying gnawed him now that he was an accessory to murder. Murders, plural. Looking after a werewolf uniquely disqualified you from doing anything else, as Jake's poor minder Harley could have confirmed, if he hadn't had his head cut off. That Cloquet had become my minder still occasionally mesmerized me, the giant absurdity of the fact. Yet I remembered the feeling of dreamy inevitability that night in the forest five months before, when I'd put out my hand — my changed hand, clawed, wet and heavy with blood — and he, after a cracked laugh, had taken it. What had happened moments before — carnage, death, vengeance, loss — had left the two of us with a raw permissive consciousness, and into it this new relationship insinuated itself. Expect the absurd, Jake had warned me. Expect the risible twist, the ludicrous denouement. Expect the perverse. It's the werewolf's lot.

Cloquet shut the door, took out a big white hanky and blew his nose. The cold had given him a look of surprised innocence. Sometimes I saw him like this, humanly, the mangled person and the road back to his childhood strewn with wrong turns and ugly coincidences.

Long ago he'd been a little boy, side-parted hair and a volatile world of loved toys and stormy adults. Now, as he snuffled and swiped, nostrils raw, eyebrows raised, I had an image of this dark-eyed child standing alone on a jetty looking out over black water, waiting for the reunion that would never come. Tenderness stirred in me — and like an awkward reflex the new force obscured it, said it didn't fit the grammar, wasn't the done thing. There was too much else going on in me to argue, but I'd already made it known I didn't like rules. God only knows to whom I'd made it known. Some vague werewolf scheme of things I didn't even believe in.

"I wish you'd take the drugs."

Just say no. So far I had. Acetaminophen, pseudoephedrine, codeine, Demerol, morphine. All with potential side-effects my imagination made certainties. Administration of this drug during the first trimester can cause behavioural abnormalities in the infant.

Behavioural abnormalities. Jake and I would've exchanged a look. But ironies were like secrets: unshared they died. Jake and I would've. Jake and I. Jake. I. There were these moments when there was nothing between me and the reality of his death, when the future without him yawned, a vast space of sheer drops and wrong perspectives. There'd be more and more of these moments, I knew, until eventually they wouldn't be moments at all, just the continuous, crushing way things were. The way things were that having our child was supposed to alleviate.

"Save the drugs for when I really need them," I said.

We both knew I really needed them already, what with wulf jamming the room with its stink and the cattle-wire shocks in my fingernails and ringing iron in my eye-teeth and outside whispering the dirty talk of the wild. Transformation was less than twenty-four hours away.

"I'm not. I'm just thinking ahead." I didn't want to think ahead. (I didn't want to think back, either. There was horror in both directions.) Rufus, my fish supplier for the Brooklyn diners, had described watching his wife having their baby. I want to tell you it was beautiful, he said, but basically it looked like someone had taken a twelve-gauge to her pussy. This image kept coming back, as did the Sex Ed video they showed us in high school, yellowed footage of a big-thighed woman sweatily giving birth. Unanimous teen revulsion. Lauren had said to me: Fuck the miracle of life, where do I sign up for a hysterectomy?

"I need to move. Ow. Fuck." The baby shimmied, scraped something in me. It sent these violent communiques. The same communique, every time: I saw you. In the mirror. You and Delilah Snow. Mother.

I waited for the pain to fold itself away again.

"You sure you don't want something?" Cloquet asked.

I shook my head, no. Then held out my hand to him. "But I don't think I can get out of this chair by myself."