A preadolescent runaway describes the violence and trauma that marked her early life before the unexpected kindness of a teacher helped her get off the streets. She went on to pursue a master's degree and now dedicates herself to helping other at-risk youth. 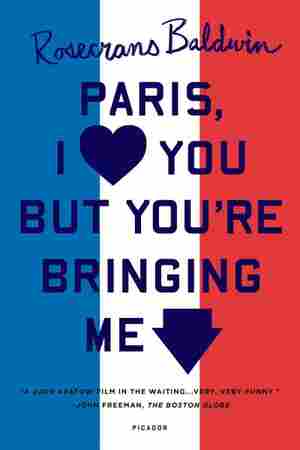 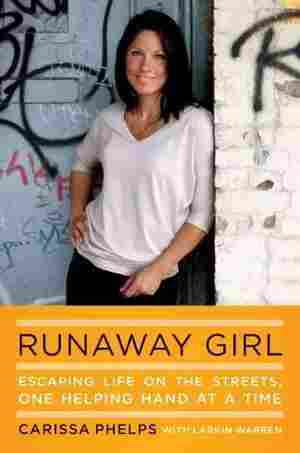 July 21, 2012 • When Carissa Phelps was 12 years old, she was kidnapped by a pimp and forced into prostitution. Still, she was able to put her life back on track to graduate from high school, then college, then law school.

Before Wakefield — in juvy, waiting for my final hearing with the judge — good behavior got me promoted from "blue" status to "gold," which came with privileges: I was allowed to use a juvy-issued razor to shave my legs, I could wear mascara, I could use a real zit medicine on my face, and I could put real curlers in my hair. Gold status also meant I was one of the first girls allowed to choose my clothes each day. This was a big deal because it gave me access to the nicest, cleanest underwear. Girls in the back of the line (the ones who got in catfights or swore at the staff) ended up with the shabby, worn-out stuff no one wanted.

Ron Jenkins was the chief counselor for the boys, and now he became our counselor too. Ron was cool, which gave us one more reason not to push him away. If anything, jokes and awful singing drew us in. I think now he wanted us to know that if we could laugh at him — with him — then maybe we'd learn how not to take our missteps so seriously, learn how to laugh at ourselves and be laughed at by others.

For a big man, he wasn't intimidating. He seemed to be where he wanted to be, and I didn't know many people who felt that way. His office was in the cement-and-Plexiglas watch- command area, where we could see him and he could see us, but he was hardly ever there. Instead, he was out on the floor with us, looking into our eyes, checking our posture, our hair. Who was bent over in sadness or frustration or loneliness? Who was paying attention to things like showers and appearance? Whose grades were getting better or worse? He didn't miss much. The extra attention didn't feel overbearing or Big Brother–ish. He just was who he was and available whether we asked him to be or not.

Soon Ron started asking me a question or two. Not like a cop with a notebook trying to build a case or catch me in a lie, more like someone who just wanted to know what I thought. Each attempt to connect was so unassuming, even goofy, that sometimes it seemed he was talking nonsense.

"What's your favorite color?" he asked one day.

What? It hadn't ever occurred to me that I had one. Pink? Yellow? Green? Why does he want to know, anyway? I didn't know how someone even picked a favorite color.

"Do you have a favorite color?" Ron repeated. Such an innocent question. Why was I so quick to be on the defensive? Was he writing a book? I kept these doubts to myself. Mom, so good at discarding her own feelings, always said, "If you don't have something nice to say, don't say anything at all." Her golden rule, meant to create manners and consideration, built a barricade between me and the world: Don't ever tell people what you really think. But now Ron wanted to know what was actually on my mind. "I don't know," I finally said. "I guess I don't have one. I like all colors."

"What's your favorite team?" he asked.

"Some people choose favorite colors based on favorite teams," he explained.

"Oh. You mean like basketball, right? Or football? I don't have a favorite team."

"You're silly, girl," he said. "You're out there running around, stealing and making a mess, and you don't even know your own favorite color." He had a point.

"You don't belong out there," he said once. "You have potential. Do you know what that means?"

I shrugged my shoulders. I wasn't sure what "potential" meant, but I couldn't bring myself to admit it to him. I'd rather use a dictionary in one of our classrooms than tell him what I didn't know.

After group one day, Ron asked me why I didn't talk in front of other kids. "You don't say much in the circle. Would you rather talk one on one?" I nodded. "Let me get the dinner crew started," he said. "We'll talk later. I'll come find you."

Ron found me at the table writing letters after dinner. "So, you ready to talk?" I sat, silent, and waited for Ron to say something. When he finally did, it was another question. "So, Carissa, how did you get here? What happened?"

It was the first time that anyone had asked that question.

What did happen? How did I get here?

Ron didn't push me to tell him everything right away. Instead he held out a college- ruled spiral notebook, bright yellow, and asked, "If I give you this will you write in it?"

"Write what happened. Why you're here. Tell your story."

"For me. I want to read it." Him, a juvenile hall counselor, reading something I wrote. The idea made me nervous. What if I misspelled words? What if I didn't know how to say what I so desperately wanted to say? I was full of doubt, but I liked Ron and I didn't want to give up on him. I was afraid if I did, he'd give up on me.