Advice on Love and Life From Dear Sugar

A collection of advice on everything from infidelity and grief to marital boredom and financial hardships from Cheryl Strayed's popular "Dear Sugar" column in the online magazine The Rumpus. 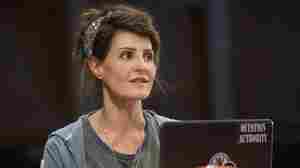 October 1, 2017 • Before she was a famous author, Strayed wrote an advice column under the pseudonym "Dear Sugar." Now, it's been adapted into an unlikely off-Broadway play starring Nia Vardalos. 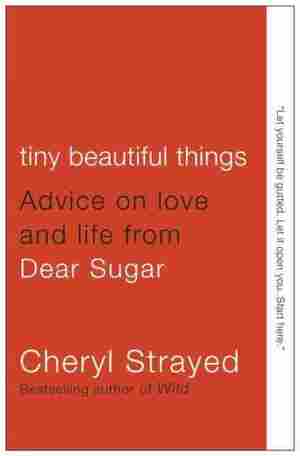 Affairs Of The Heart: Studies In Love, Seduction And Girlhood 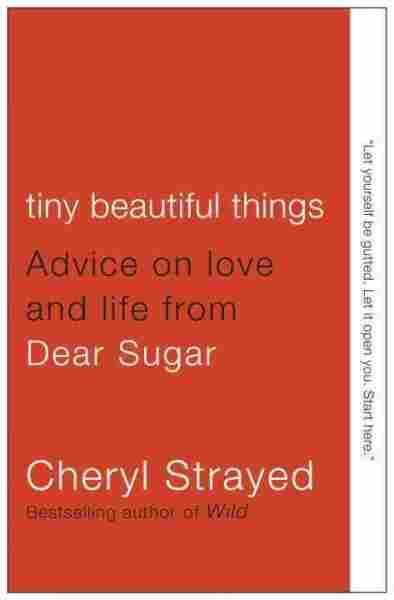 Advice on Love and Life from Dear Sugar


I Was Sugar Once: Lessons in Radical Empathy


Long ago, before there was a Sugar, there was Stephen Elliott. He had this idea for a website, which sounds pretty awful, I admit, except that his idea was really to build an online community around literature, called The Rumpus. Being a writer himself, and therefore impoverished, Stephen prevailed upon his likewise impoverished writer friends to help.

And we, his friends, all said yes, because we love Stephen and because (if I may speak for the group) we were all desperate for a noble-seeming distraction. My contribution was an advice column, which I suggested we call Dear Sugar Butt, after the endearment Stephen and I had taken to using in our email correspondence. I will not belabor the goofy homoeroticism that would lead to such an endearment. It will be enough to note that Dear Sugar Butt was shortened, mercifully, to Dear Sugar.

Handing yourself a job as an advice columnist is a pretty arrogant thing to do, which is par for my particular course. But I justified it by supposing that I could create a different sort of advice column, both irreverent and brutally honest. The design flaw was that I conceived of Sugar as a persona, a woman with a troubled past and a slightly reckless tongue.

And while there were moments when she felt real to me, when I could feel myself locking into the pain of my correspondents, more often I faked it, making do with wit where my heart failed me. After a year of dashing off columns, I quit.

And that might have been the end of Sugar had I not, around this time, come across a nonfiction piece by Cheryl Strayed. I knew Cheryl as the author of a gorgeous and wrenching novel called Torch. But reading this essay, a searing recollection of infidelity and mourning, filled me with a tingling hunch. I wrote to ask if she wanted to take over as Sugar.

It was an insane request. Like me, Cheryl had two small kids at home, a mountain of debt, and no regular academic gig. The last thing she needed was an online advice column for which she would be paid nothing. Of course, I did have an ace in the hole: Cheryl had written the one and only fan letter I’d received as Sugar.

The column that launched Sugar as a phenomenon was writ- ten in response to what would have been, for anyone else, a throwaway letter. Dear Sugar, wrote a presumably young man. WTF, WTF, WTF? I’m asking this question as it applies to everything every day. Cheryl’s reply began as follows:

My father’s father made me jack him off when I was three and four and five. I wasn’t any good at it. My hands were too small and I couldn’t get the rhythm right and I didn’t understand what I was doing. I only knew I didn’t want to do it. Knew that it made me feel miserable and anxious in a way so sickeningly particular that I can feel that same particular sickness rising this very minute in my throat.


It was an absolutely unprecedented moment. Advice columnists, after all, adhere to an unspoken code: focus on the letter writer, dispense the necessary bromides, make it all seem bearable. Disclosing your own sexual assault is not part of the code.

But Cheryl wasn’t just trying to shock some callow kid into greater compassion. She was announcing the nature of her mission as Sugar. Inexplicable sorrows await all of us. That was her essential point. Life isn’t some narcissistic game you play online. It all matters—every sin, every regret, every affliction. As proof, she offered an account of her own struggle to reckon with a cruelty she’d absorbed before she was old enough even to understand it. Ask better questions, sweet pea, she concluded, with great gentleness. The fuck is your life. Answer it.

Like a lot of folks, I read the piece with tears in my eyes— which is how one reads Sugar. This wasn’t some pro forma kibitzer, sifting through a stack of modern anxieties. She was a real human being laying herself bare, fearlessly, that we might come to understand the nature of our own predicaments.

I happen to believe that America is dying of loneliness, that we, as a people, have bought into the false dream of convenience, and turned away from a deep engagement with our internal lives—those fountains of inconvenient feeling—and toward the frantic enticements of what our friends in the Greed Business call the Free Market.

We’re hurtling through time and space and information faster and faster, seeking that network connection. But at the same time we’re falling away from our families and our neighbors and ourselves. We ego-surf and update our status and brush up on which celebrities are ruining themselves, and how. But the cure won’t stick.

And this, I think, is why Sugar has become so important to so many people. Because she’s offering something almost unheard of in our culture: radical empathy. People come to her in real pain and she ministers to them, by telling stories about her own life, the particular ways in which she’s felt thwarted and lost, and how she got found again. She is able to transmute the raw material of the self-help aisle into genuine literature.

I think here of the response she offered a man wrecked by his son’s death, who asked her how he might become human again. “The strange and painful truth is that I’m a better person because I lost my mom young,” she wrote. “When you say you experience my writing as sacred what you are touching is the divine place within me that is my mother. Sugar is the temple I built in my obliterated place.”

In this sense, Tiny Beautiful Things can be read as a kind of ad hoc memoir. But it’s a memoir with an agenda. With great patience, and eloquence, she assures her readers that within the chaos of our shame and disappointment and rage there is meaning, and within that meaning is the possibility of rescue.