When 17-year-old Ginny receives a bequest — a packet of mysterious envelopes — from her favorite aunt Peg, she leaves New Jersey to crisscross Europe on a whirlwind tour and scavenger hunt that transforms her life. 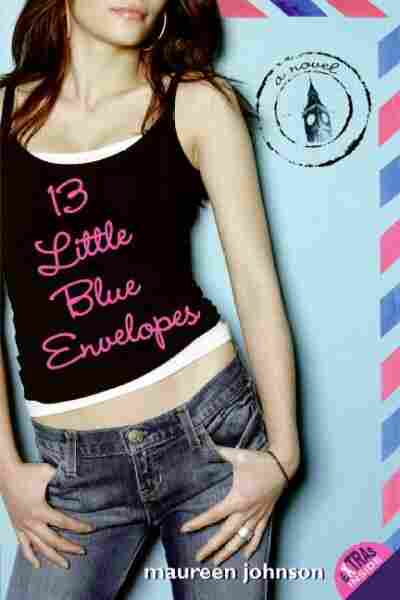 As a rule, Ginny Blackstone tried to go unnoticed — something that was more or less impossible with thirty pounds (she'd weighed it) of purple-and-green backpack hanging from her back. She didn't want to think about all the people she'd bumped into while she'd been carrying it. This thing was not made for wearing around New York City. Well, anywhere, really ... but especially the East Village of New York City on a balmy June afternoon.

And a chunk of her hair was caught under the strap on her right shoulder, so her head was also being pulled down a little. That didn't help.

It had been over two years since Ginny had last been to the 4th Noodle Penthouse. (Or "that place above the grease factory," as Ginny's parents preferred to refer to it. It wasn't entirely unfair. 4th Noodle was pretty greasy. But it was the good kind of greasy, and they had the best dumplings in the world.)

Her mental map had faded a bit in the last two years, but 4th Noodle's name also contained its address. It was on 4th Street and Avenue A. The alphabet avenues were east of the numbers, deeper into the super-trendy East Village — where people smoked and wore latex and never shuffled down the street with bags the size of mailboxes strapped to their backs.

She could just see it now ... the unassuming noodle shop next to Pavlova's Tarot (with the humming purple neon sign), just across the street from the pizza place with the giant mural of a rat on the side.

There was a tiny tinkle of a chime and a sharp blast of air-conditioning as Ginny opened the door. Standing behind the counter was a pixie of a woman manning three phones at once. This was Alice, the owner, and Aunt Peg's favorite neighbor. She smiled broadly when she saw Ginny and held up a finger, indicating that she should wait.

"Ginny," Alice said, hanging up two of the phones and setting down the third. "Package. Peg."

She disappeared through a bamboo curtain that covered a door into the back. Alice was Chinese, but she spoke perfect English (Aunt Peg had told her so). But because she always had to get right to the point (4th Noodle did a brisk business), she spoke in halting single words.

Nothing had changed since the last time Ginny had been here. She looked up at the illuminated pictures of Chinese food, the shiny plastic visions of sesame shrimp and chicken and broccoli. They glowed, not quite tantalizingly, more radioactively. The chicken pieces were a little too glossy and orange. The sesame seeds too white and too large. The broccoli was so green it seemed to vibrate. There was the blown-up and framed picture of Rudy Giuliani standing with a glowing Alice, taken when he had shown up one day.

It was the smell, though, that was most familiar. The heavy, fatty smell of sizzling beef and pork and peppers and the sweetish odor of vats of steaming rice. This was the scent that seeped through Aunt Peg's floor and perfumed her.

It rang such a chord in Ginny's memory that she almost swung her head around to see if Aunt Peg was standing there behind her.

But, of course, she couldn't be.

"Here," Alice said, emerging from the beaded curtain with a brown paper package in her hand. "For Ginny."

The package — an overstuffed padded brown envelope — was indeed addressed to her, Virginia Blackstone, care of Alice at 4th Noodle, New York City. It was postmarked from London and had the faintest aura of grease.

"Thanks," Ginny said, accepting the package as gracefully as she could, given that she couldn't lean over without falling face-first onto the counter."Say hi to Peg for me," Alice said, picking up the phone and launching straight into an order.

Once she was out on the street, scanning Avenue A nervously for the cab she was going to have to hail for herself, Ginny wondered if she should have told Alice what had happened. But she was soon distracted by the sheer terror that her task caused her. Cabs were yellow beasts that sped through New York, whisking people who had to be places to the places they had to be and leaving terrified pedestrians scrambling for cover.

No, she thought, raising a timid hand as far as she could as a herd of her prey suddenly appeared. There was no reason to tell Alice what had happened. She barely believed it herself. And besides, she had to go.