Suddenly unpopular 16-year-old Annabel finds an ally in classmate Owen, whose honesty and passion for music help her to face what really happened at the end-of-the-year party that changed her life. 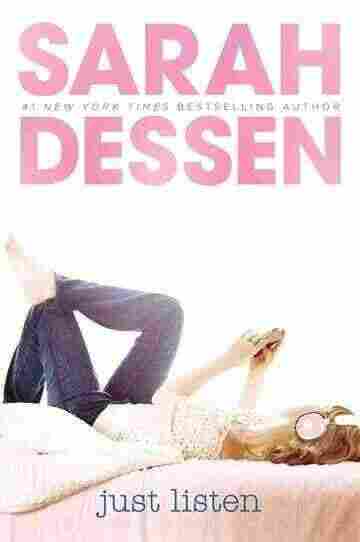 I taped the commercial back in April, before anything had happened, and promptly forgot about it. A few weeks ago, it had started running, and suddenly, I was everywhere.

On the rows of screens hanging over the ellipticals at the gym. On the monitor they have at the post office that's supposed to distract you from how long you've been waiting in line. And now here, on the TV in my room, as I sat at the edge of my bed, fingers clenched into my palms, trying to make myself get up and leave.

I stared at myself on the screen as I was five months earlier, looking for any difference, some visible proof of what had happened to me. First, though, I was struck by the sheer oddness of seeing myself without benefit of a mirror or photograph. I had never gotten used to it, even after all this time.

"Football games," I watched myself say. I was wearing a baby-blue cheerleader uniform, hair pulled back tight into a ponytail, and clutching a huge megaphone, the kind nobody ever used anymore, emblazoned with a K.

"Study hall." Cut to me in a serious plaid skirt and brown cropped sweater, which I remembered feeling itchy and so wrong to be wearing just as it was getting warm, finally.

"And, of course, social life." I leaned in, staring at the me on-screen, now outfitted in jeans and a glittery tee and seated on a bench, turning to speak this line while a group of other girls chattered silently behind me.

The director, fresh-faced and just out of film school, had explained to me the concept of this, his creation. "The girl who has everything," he'd said, moving his hands in a tight, circular motion, as if that was all it took to encompass something so vast, not to mention vague. Clearly, it meant having a megaphone, some smarts, and a big group of friends. Now, I might have dwelled on the explicit irony of this last one, but the on-screen me was already moving on.

"It's all happening this year," I said. Now I was in a pink gown, a sash reading homecoming queen stretched across my midsection as a boy in a tux stepped up beside me, extending his arm. I took it, giving him a wide smile. He was a sophomore at the local university and mostly kept to himself at the shooting, although later, as I was leaving, he'd asked for my number. How had I forgotten that?

"The best times," the me on-screen was saying now. "The best memories. And you'll find the right clothes for them all at Kopf's Department Store."

The camera moved in, closer, closer, until all you could see was my face, the rest dropping away. This had been before that night, before everything that had happened with Sophie, before this long, lonely summer of secrets and silence. I was a mess, but this girl — she was fine. You could tell in the way she stared out at me and the world so confidently as she opened her mouth to speak again.

"Make your new year the best one yet," she said, and I felt my breath catch, anticipating the next line, the last line, the one that only this time was finally true. "It's time to go back to school."

The shot froze, the Kopf's logo appearing beneath me. In moments, it would switch to a frozen waffle commercial or the latest weather, this fifteen seconds folding seamlessly into another, but I didn't wait for that. Instead, I picked up the remote, turned myself off, and headed out the door.

I'd had over three months to get ready to see Sophie. But when it happened, I still wasn't ready.

I was in the parking lot before first bell, trying to muster up what it would take to get out and officially let the year begin. As people streamed past, talking and laughing, en route to the courtyard, I kept working on all the maybes: Maybe she was over it now. Maybe something else had happened over the summer to replace our little drama. Maybe it was never as bad as I thought it was. All of these were long shots, but still possibilities.

I sat there until the very last moment before finally drawing the keys out of the ignition. When I reached for the door handle, turning to my window, she was right there.

For a second, we just stared at each other, and I instantly noticed the changes in her: Her dark curly hair was shorter, her earrings new. She was skinnier, if that was possible, and had done away with the thick eyeliner she'd taken to wearing the previous spring, replacing it with a more natural look, all bronzes and pinks. I wondered, in her first glance, what was different in me.

Just as I thought this, Sophie opened her perfect mouth, narrowed her eyes at me, and delivered the verdict I'd spent my summer waiting for. "Bitch."

The glass between us didn't muffle the sound or the reaction of the people passing by. I saw a girl from my English class the year before narrow her eyes, while another girl, a stranger, laughed out loud.

Sophie, though, remained expressionless as she turned her back, hiking her bag over one shoulder and starting down to the courtyard. My face was flushed, and I could feel people staring. I wasn't ready for this, but then I probably never would be, and this year, like so much else, wouldn't wait. I had no choice but to get out of my car, with everyone watching, and begin it in earnest, alone. So I did.

I had first met Sophie four years earlier, at the beginning of the summer after sixth grade. I was at the neighborhood pool, standing in the snack-bar line with two damp dollar bills to buy a Coke, when I felt someone step up behind me. I turned my head, and there was this girl, a total stranger, standing there in a skimpy orange bikini and matching thick platform flip-flops. She had olive skin and thick, curly dark hair pulled up into a high ponytail, and was wearing black sunglasses and a bored, impatient expression. In our neighborhood, where everyone knew everyone, it was like she'd fallen out of the sky. I didn't mean to stare. But apparently, I was.

"What?" she said to me. I could see myself reflected in the lenses of her glasses, small and out of perspective. "What are you looking at?"

I felt my face flush, as it did anytime anybody raised their voice at me. I was entirely too sensitive to tone, so much so that even TV court shows could get me upset — I always had to change the channel when the judge ripped into anyone. "Nothing," I said, and turned back around.

A moment later, the high-school guy working the snack bar waved me up with a tired look. While he poured my drink I could feel the girl behind me, her presence like a weight, as I smoothed my two bills out flat on the glass beneath my fingers, concentrating on getting every single crease. After I paid, I walked away, studiously keeping my eyes on the pocked cement of the walkway as I made my way back around the deep end to where my best friend, Clarke Reynolds, was waiting.

"Whitney said to tell you she's going home," she said, blowing her nose as I carefully put the Coke on the pavement beside my chair. "I told her we could walk."

"Okay," I said. My sister Whitney had just gotten her license, which meant that she had to drive me places. Getting home, however, remained my own responsibility, whether from the pool, which was walking distance, or the mall one town over, which wasn't. Whitney was a loner, even then. Any space around her was her personal space; just by existing, you were encroaching.

It was only after I sat down that I finally allowed myself to look again at the girl with the orange bikini. She had left the snack bar and was standing across the pool from us, her towel over one arm, a drink in her other hand, surveying the layout of benches and beach chairs.

"Here," Clarke said, handing over the deck of cards she was holding. "It's your deal."

Clarke had been my best friend since we were six years old. There were tons of kids in our neighborhood, but for some reason most of them were in their teens, like my sisters, or four and below, a result of the baby boom a couple of years previously. When Clarke's family moved from Washington, D.C., our moms met at a community-watch meeting. As soon as they realized we were the same age, they put us together, and we'd stayed that way ever since.