An accessible explanation of climate change summarizes its science while sharing practical insights into its implications for the future and what people can and cannot do to avoid further shifts, providing 50 comprehensive entries that answer key questions from the role of fossil fuels to the economic costs of reducing carbon emissions. 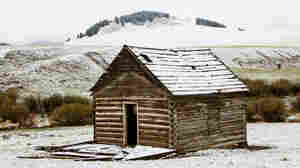 What's With Frosty? Why Isn't He Showing Up On Time?

September 5, 2012 • Over the 20th century, America's "growing season," a proxy for warmer temperatures, has been getting longer. And scientists say the trend is exactly what they expect to see as greenhouse gases in the atmosphere increase. 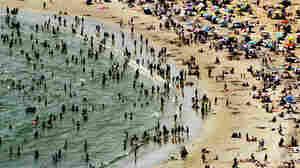 According to the National Oceanic and Atmospheric Administration, the past year through June 2012 has been the hottest year in the continental U.S. since modern record-keeping started in 1895. Above, New Yorkers flocked to Coney Island to try to beat the heat in early August. Mario Tama/Getty Images hide caption 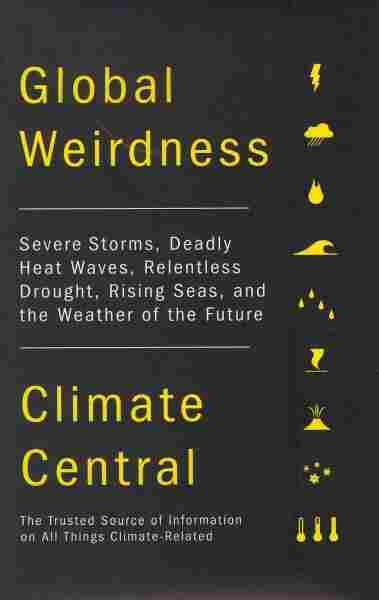 In February 2010, Thomas Friedman made the following plea in his New York Times column:
Although there remains a mountain of research from multiple institutions about the reality of climate change, the public has grown uneasy. What's real? In my view, the climate-science community should convene its top experts—from places like NASA, America's national laboratories, the Massachusetts Institute of Technology, Stanford, the California Institute of Technology and the U.K. Met Office Hadley Centre—and produce a simple 50-page report. They could call it "What We Know," summarizing everything we already know about climate change in language that a sixth grader could under- stand, with unimpeachable peer-reviewed footnotes.

We couldn't agree more. It's quite remarkable that despite the steady growth in scientific understanding about the causes and effects of climate change, and the growing confidence of climate scientists that it poses a potentially serious threat to people, property, and ecosystems, the public seems more confused than ever. Is climate change really happening? If so, and if it's happened due to natural causes in the past, why should we think it's our fault this time? Haven't scientists been wrong before? They can't even predict the weather a week in advance; how can they possibly say anything about what the climate will be like fifty years from now?

A big part of the problem is that climatology is a relatively young and evolving field. Scientists are still learning about Earth's climate system—about how the land, oceans, and atmosphere absorb heat from the sun and move that heat around, and about how heat drives storms, droughts, sea-level rise, heat waves, and more.

But just because they don't know everything about the climate doesn't mean they know nothing. Far from it. They know for certain (and they've known for more than a hundred years) that carbon dioxide (CO2) in the atmosphere traps the sun's heat. They know that burning fossil fuels including coal, oil, and natural gas adds extra CO2 to the atmosphere beyond what's already there naturally. They know that humans have been burning more and more fossil fuels since the Indus- trial Revolution and that, as a result, levels of CO2 in the atmosphere are more than a third higher than they were a couple hundred years ago. No responsible scientist, including most of those who have been labeled "climate skeptics," argues with any of this.

There's also very little argument over what the broad effects of an increase in CO2 should be. The planet should get warmer. Sea level should begin to rise as warming ocean waters expand and as the warmer air melts glaciers and ice caps. That is exactly what both ground-based and satellite measurements have shown. On average, the oceans are about eight inches higher than they were in 1900, and the temperature is about 1.3°F hotter.

Things get more complicated when scientists try to predict what's likely to happen in the future. The reason is that Earth doesn't just respond passively to increasing temperatures: it can react in all sorts of ways that might boost the temperature rise or hold it back—and scientists haven't yet unraveled all of these possibilities. Increasing cloud cover could reflect extra sunlight back into space. Decreasing ice cover in the Arctic could do the opposite. Melting Arctic permafrost might release extra carbon that has been in a deep freeze for hundreds of thousands of years. It's also not clear precisely how the changes in temperature will translate into changes in local conditions, although it's very likely that familiar weather and climate patterns will change, perhaps in surprising ways. That's why this book isn't titled "Global Warming," but rather "Global Weirdness," since warming is only part of what we can expect.

These uncertainties are one reason the Intergovernmental Panel on Climate Change, or IPCC, could only narrow the likely temperature rise by 2100 to between 3.2ºF and 7.2ºF above what it was in 2000. Another reason is that we don't know if fossil-fuel use will keep going up, or level off, or decline over that period.

This isn't to say that literally every climate scientist agrees with these findings. Some think that the temperature rise will be less than 3.2ºF, while others think it could be more than 7.2ºF. But there's no field in science, from genetics to evolutionary biology to astrophysics, where agreement is absolute. The reports issued periodically by the IPCC are meant to be snapshots of what climate scientists generally agree on at a given time (the most recent report came out in 2007; the next one is due out in 2013 or 2014). And despite some very public criticisms about the organization and its procedures, several independent investigations have shown only a tiny handful of scientific errors in the thousands of pages that make up the reports themselves. The same is true of the so-called Climategate episode, in which a few scientists said intemperate things in private e-mails and were somewhat sloppy in their record keeping. Outside investigators have found them guilty of carelessness but didn't find anything to cast doubt on the science itself.

Responsible scientists also know that it's important to keep questioning their own results. "The first principle," the physicist Richard Feynman once said, "is that you must not fool yourself—and you are the easiest person to fool." He meant that scientists need to consider all plausible explanations for what they observe, not just the most obvious or conventional. If Earth is warming, it's probably due to greenhouse gases, but it could instead be that the sun is putting out more heat. Scientists have looked carefully at that possibility, and it doesn't seem to hold up. They've also looked at the role of volcanoes and other natural factors that have caused warming or cooling in the past, and so far nothing explains the warming as well as greenhouse gases do.

Finally, the public has undoubtedly been confused by statements about climate change that sound authoritative but are simply false. Take the often-repeated assertion that global warming stopped in 1998. If you look at a graph spanning the years 1998–2010, that might appear to be close to the truth. But 1998 was an unusually warm year, so it's a misleading starting point. If you start in 1997 or 1999, things look very different. And if you zoom out to look at a graph spanning the years 1900–2010, it's clear that the first decade of the twenty-first century is warmer than any decade during that 110-year period.

All of this wouldn't matter very much if we were talking about a field like astrophysics. It ultimately doesn't matter whether there's a black hole in the center of the Milky Way or not. But if the effects of climate change are going to be truly disruptive, the problem would be dangerous to ignore. If they're not, we risk diverting a lot of resources for no reason. The difficulty is that if we wait until scientists are absolutely certain about every detail, it will be impossible to undo the damage, whatever it turns out to be.

So it's crucial for the public and for policy makers to understand what we do know about climate change; what we strongly suspect to be true, based on the available evidence; and what we're still uncertain about. Such knowledge is necessary to make informed decisions.

This book is an attempt to do just that: to lay out the current state of knowledge about climate change, with explanations of the underlying science given in clear and simple language. It's not exhaustive, but it covers the essentials. Since many aspects of the climate system are interconnected, so are many of the chapters: some of the information in the book appears in some form in more than one chapter.

In order to be as credible as possible, we've taken great care to avoid bias. We acknowledge that some aspects of the problem can't yet be addressed with certainty. We also make clear what climate scientists do know with a high degree of confidence.

To ensure technical accuracy, each chapter has been carefully reviewed internally by Climate Central scientists and revised in response to their comments. The chapters have then been reviewed again by eminent outside scientists who have particular expertise in the relevant subject areas—and then, if necessary, revised again.

The result, we believe, is an accurate overview of the state of climate science as it exists today.

A final note: we can't promise that all sixth graders will understand every word of this book. But we've tried to keep the language as simple, straightforward, and jargon-free as possible. We hope you find it useful.