Grit, Curiosity, and the Hidden Power of Character

How Children Succeed challenges conventional views about standardized testing to argue that success is more determined by self-discipline, character and optimism. Paul Tough describes the work of pioneering researchers and educators whose insights into childhood stress and economic disadvantages have enabled effective new teaching methods.

NPR stories about How Children Succeed 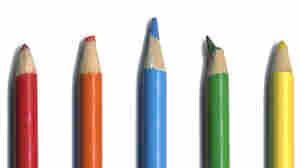 September 4, 2012 • Author Paul Tough says parents should focus less on SAT and IQ scores, and more on fostering grit, curiosity and character in their kids. He argues that attachment is important in the first few years, but parents need to know when to step back and let their kids learn through trial and error.

In the summer of 2009, a couple of weeks after my son, Ellington, was born, I spent the day in a prekindergarten classroom in a small town in New Jersey. The two events were unrelated — I was visiting room 140 at the Red Bank Primary School not to scope out the class as a new parent but to try to understand it as a journalist. At first glance, the classroom seemed entirely ordinary. The cinder-block walls were painted a cheery yellow; an American flag stood next to the whiteboard. Around the room, four-year-olds were happily engaged in the customary diversions of pre-K students: building towers of Legos and driving trucks through sand tables and piecing together jigsaw puzzles. But as the day progressed, I realized that what was going on in room 140 was in fact quite unusual, in ways both self-evident and subtle. To begin with, the students were remarkably calm and orderly. There were no tears that day, no meltdowns, no tantrums, no fights. Oddly, though, the teacher, a young, dark-haired woman named Ms. Leonardo, didn't seem to be going out of her way to maintain order, or even to guide the children's conduct in any overt fashion. There were no admonitions, no gold stars, no time-outs, no "I like the way Kellianne is paying attention!" — indeed, no rewards for good behavior or punishments for bad at all.

The students in room 140 were enrolled in a program called Tools of the Mind, a relatively new kindergarten and prekindergarten curriculum that was created by two educators in Denver and based on an unorthodox theory of child development. Most early-childhood classrooms in the United States today are designed to develop in children a set of specific pre-academic skills, mostly related to deciphering text and manipulating numbers. Tools of the Mind, by contrast, doesn't focus much on reading and math abilities. Instead, all of its interventions are intended to help children learn a different kind of skill: controlling their impulses, staying focused on the task at hand, avoiding distractions and mental traps, managing their emotions, organizing their thoughts. The founders of Tools of the Mind believe that these skills, which they group together under the rubric self-regulation, will do more to lead to positive outcomes for their students, in first grade and beyond, than the traditional menu of pre-academic skills.

Tools of the Mind students are taught a variety of strategies, tricks, and habits that they can deploy to keep their minds on track. They learn to use "private speech": talking to themselves as they do a difficult task (like, say, forming the letter W), to help them remember what step comes next (down, up, down, up). They use "mediators": physical objects that remind them how to complete a particular activity (for instance, the two cards, one with a pair of lips and one with an ear, that signify whose turn it is to read aloud in buddy reading and whose turn it is to listen). Every morning, they fill out "play plans," forms on which they write or draw descriptions of that day's play: I am going to drive the train; I am going to take the dollies to the beach. And they spend long hours engaged in "mature dramatic play": extended, complex make-believe scenarios that the designers of Tools of the Mind believe naturally teach children how to follow rules and regulate impulses.

As I watched the kids in room 140, I found myself thinking, inevitably, about Ellington, the tiny life form cooing and burping and wailing away thirty miles to the north, in our studio apartment in Manhattan. I knew I wanted him to have a happy, successful life, but I didn't really know what, exactly, I meant by that, or just what my wife and I were supposed to be doing to help guide him there. I wasn't alone in my confusion. Ellington was born into a particularly anxious moment in the history of American parenting. And that anxiety had grown especially keen in cities like New York, where the competition over slots in favored preschools verged on the gladiatorial. A pair of economists from the University of California recently dubbed this nationwide contest for early academic achievement the Rug Rat Race, and each year, the race seems to be starting earlier and growing more intense. Two years before Ellington's birth, the Kumon chain of tutoring centers opened New York City's first Junior Kumon franchise, where children as young as two spent their mornings filling out worksheets and completing drills on letter and number recognition. "Age 3 is the sweet spot," Kumon's chief financial officer told a reporter for the New York Times. "But if they're out of a diaper and can sit still with a Kumon instructor for 15 minutes, we will take them."

Ellington would be growing up in a culture saturated with an idea you might call the cognitive hypothesis: the belief, rarely expressed aloud but commonly held nonetheless, that success today depends primarily on cognitive skills — the kind of intelligence that gets measured on IQ tests, including the abilities to recognize letters and words, to calculate, to detect patterns — and that the best way to develop these skills is to practice them as much as possible, beginning as early as possible. The cognitive hypothesis has become so universally accepted that it is easy to forget that it is actually a relatively new invention. You can trace its contemporary rise, in fact, to 1994, when the Carnegie Corporation published Starting Points: Meeting the Needs of Our Youngest Children, a report that sounded an alarm about the cognitive development of our nation's children. The problem, according to the report, was that children were no longer receiving enough cognitive stimulation in the first three years of life, in part because of the increasing number of single-parent families and working mothers — and so they were arriving in kindergarten unready to learn. The report launched an entire industry of brain-building "zero-to-three" products for worried parents. Billions of dollars' worth of books and activity gyms and Baby Einstein videos and DVDs were sold.

The Carnegie findings and the studies that followed in their wake had a powerful effect on public policy, too, as legislators and philanthropists concluded that disadvantaged children were falling behind early on because of insufficient cognitive training. Psychologists and sociologists produced evidence linking the academic underperformance of poor children to a lack of verbal and mathematical stimulation at home and at school. One of the most famous of these studies (which I wrote about in my first book, Whatever It Takes) was conducted by Betty Hart and Todd R. Risley, two child psychologists who, beginning in the 1980s, intensively studied a group of forty-two children from professional, working-class, and welfare families in Kansas City. Hart and Risley found that the crucial difference in the children's upbringings, and the reason for the divergence in their later outcomes, boiled down to one thing: the number of words that the children heard from their parents early in life. By age three, Hart and Risley determined, the children raised by professional parents had heard thirty million words spoken to them; the children with parents on welfare had heard just ten million. That shortfall, they concluded, was at the root of the poorer kids' later failures in school and in life.

There is something undeniably compelling about the cognitive hypothesis. The world it describes is so neat, so reassuringly linear, such a clear case of inputs here leading to outputs there. Fewer books in the home means less reading ability; fewer words spoken by parents means a smaller vocabulary for their kids; more math worksheets at Junior Kumon means better math scores. The correlations at times seemed almost comically exact: Hart and Risley calculated that a child who grew up on welfare would need precisely forty-one hours of language-intensive intervention each week in order to close the vocabulary gap with a working-class child.

But in the past decade, and especially in the past few years, a disparate congregation of economists, educators, psychologists, and neuroscientists have begun to produce evidence that calls into question many of the assumptions behind the cognitive hypothesis. What matters most in a child's development, they say, is not how much information we can stuff into her brain in the first few years. What matters, instead, is whether we are able to help her develop a very different set of qualities, a list that includes persistence, self-control, curiosity, conscientiousness, grit, and self-confidence. Economists refer to these as noncognitive skills, psychologists call them personality traits, and the rest of us sometimes think of them as character.

For certain skills, the stark calculus behind the cognitive hypothesis — that what matters in developing a skill is starting earlier and practicing more — is entirely valid. If you want to perfect your foul shot, shooting two hundred free throws every afternoon is indeed going to be more helpful than shooting twenty free throws every afternoon. If you're in fourth grade, reading forty books over the summer is going to improve your reading ability more than reading four books. Some skills really are pretty mechanical. But when it comes to developing the more subtle elements of the human personality, things aren't so simple. We can't get better at overcoming disappointment just by working harder at it for more hours. And children don't lag behind in curiosity simply because they didn't start doing curiosity drills at an early enough age. The pathways through which we acquire and lose these skills are certainly not random — psychologists and neuroscientists have learned a lot in the past few decades about where these skills come from and how they are developed — but they are complex, unfamiliar, and often quite mysterious.

From How Children Succeed: Grit, Curiosity, and the Hidden Power of Character by Paul Tough. Copyright 2012 by Paul Tough. Excerpted by permission of Houghton Mifflin Harcourt.