When the body of a young woman is found on the grounds of a Louisiana plantation named Belle Vie, manager Caren Gray launches her own investigation into the estate's history. A century-spanning story of two murders unfolds as Gray delves deeper into a mystery involving the plantation's slave quarters — and her own past. In this historical thriller, novelist Attica Locke examines the troubled racial past of a United States that, according to her, remains in its "adolescent phase."

NPR stories about The Cutting Season

January 29, 2014 • She was a struggling screenwriter before hitting it big with her books, including The Cutting Season. Locke talks with NPR's Michel Martin about the inspiration for her thrillers, and how she straddles the past and present of African-American life in her writing. 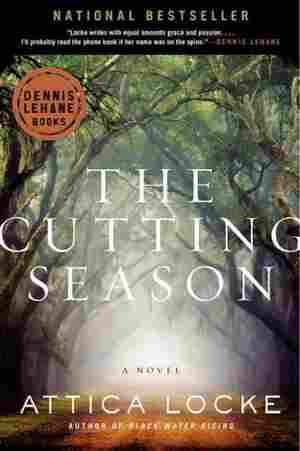 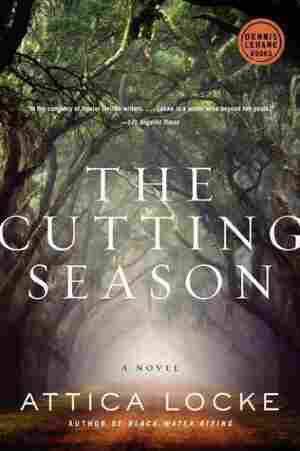 September 18, 2012 • Attica Locke was inspired to write her new novel after attending an interracial couple's wedding on a plantation. The Cutting Season tells the story of two murders set a century apart. The past, Locke says, "walks with us still."

It was during the Thompson-Delacroix wedding, Caren's first week on the job, that a cottonmouth, measuring the length of a Cadillac, fell some twenty feet from a live oak on the front lawn, landing like a coil of rope in the lap of the bride's future mother-in-law. It only briefly stopped the ceremony, this being Louisiana after all. Within minutes, an off-duty sheriff's deputy on the groom's side found a 12-gauge in the groundskeeper's shed and shot the thing dead, and after, one of the cater-waiters was kind enough to hose down the grass. The bride and groom moved on to their vows, staying on schedule for a planned kiss at sunset, the mighty Mississippi blowing a breeze through the line of stately, hundred-year-old trees. The uninvited guest certainly made for lively dinner conversation at the reception in the main hall. By the time the servers made their fourth round with bottles of imported champagne, several men, including prim little Father Haliwell, were lining up to have their pictures taken with the viper, before somebody from parish services finally came to haul the carcass away.

A reminder, really, that Belle Vie, its beauty, was not to be trusted.

That beneath its loamy topsoil, the manicured grounds and gardens, two centuries of breathtaking wealth and spectacle, lay a land both black and bitter, soft to the touch, but pressing in its power. She should have known that one day it would spit out what it no longer had use for, the secrets it would no longer keep.

The plantation proper sat on eighteen acres, bordered to the north by the river, and to the east by the raw, unincorporated landscape of Ascension Parish. To walk it — from the library in the northwest corner to the gift shop and then over to the main house, past the stone kitchen and the rose garden, the cottages Manette and Le Roy, the old schoolhouse and the quarters — took nearly an hour. Caren had learned to start her days early, while it was quiet, heading out before sunlight — having arranged for Letty to arrive by six a.m. at least three days a week, while Caren's daughter was still sleeping. Six mornings out of seven, she made a full sweep of the property, combing every square inch, noting any scuffed floors or dry flower beds or drapes that needed to be steamed — even one time changing the motor in one of the gallery's ceiling fans herself.

She didn't mind the work.

Belle Vie was her job, and she was nothing if not professional.

Though she could in no way have prepared herself for the grisly sight before her now.

To the south and west, across a nearly five-foot-high fence, where Caren was standing, the back five hundred acres of the Clancy family's 157-year-old property had been leased for cane farming since before she was born. Over the fence line, puffs of gray smoke shot up out of the fields. The machines were out in the cane this morning, already on the clock. The mechanical cutters were big and wide as tractor trucks, fat, gassy beasts whose engines often disturbed the natural habitat, chasing rats and snakes and rabbits from their nests in the cane fields — and come harvest time each year, the animals invariably sought out a safe and peaceful living on the grounds of Belle Vie. Luis had run them out of the garden, cleared their fecal waste from his toolshed, and, on more than one occasion, trapped and bagged a specimen to take home for God knows what purpose. And now some critter had dug up the dirt and grass along the plantation's fence line and come up with this.

The body was facedown.

In a makeshift grave so shallow that its walls hugged the corpse as snugly as a shell, as if the dead woman at Caren's feet were on the verge of hatching, of emerging from her confinement to start this life over again. She was coated with mud, top to bottom, her arms and legs tucked beneath her body, the spine in a curved position. The word fetal came to mind. Caren thought, for a brief, dizzying second, that she might faint. "Don't touch her," she said. "Don't touch a thing."

She'd been up since dawn, that cold Thursday morning.

It was a day that had already gotten off to a wrong start, before she'd even stepped foot out of the house ... though for an entirely different reason. She'd woken up that morning to a message on her cell phone, one that had set off a minor staff crisis. Donovan Isaacs had had the nerve to call in sick for the third time in two weeks, this time leaving a nearly incoherent voice-mail message on her phone at four o'clock in the morning, and keeping Caren in her pajamas for over an hour as she sent e-mails and placed phone calls, searching for a replacement. She didn't know if it was because she was a woman or black — a sister, as he would say — but she'd never had an employee make so little effort to impress her. He was chronically late and impossible to get on the phone, responding sporadically to text messages or nagging calls to his grandmother, with whom he lived while taking classes at the River Valley Community College and working here part-time. His salary, like those of the other Belle Vie Players, was paid by a yearly stipend from the state's Department of Culture, Recreation, and Tourism, which made firing him a bureaucratic headache, but one she was no less committed to pursuing. But that was later, of course. Right now she needed a stand-in for the part of FIELD SLAVE #1. She was about a heartbeat away from making a call to the theater department at Donaldsonville High School, willing to settle for a warm body, at least, when finally, at a quarter to seven, Ennis Mabry returned one of her messages, saying he had a nephew who could take over Ennis's role as Monsieur Duquesne's trusty DRIVER, and Ennis could step in to play Donovan's part, which, he assured her, he knew by heart.